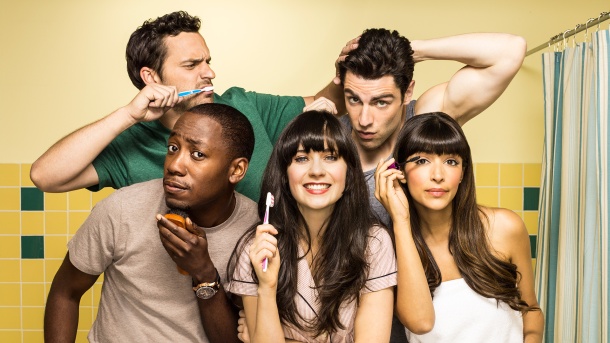 Personally, I think a key to success in life is not getting too comfortable. You gotta stay on your toes man! Like a midget at a urinal.

Part of not getting too comfortable is kicking some things to the curb. If you don’t need it, don’t use it, don’t want- you get rid of it. It’s as simple as that. For instance, I decided I didn’t want Buffalo wings in my life anymore. I don’t like getting messy while I eat, eating Buffalo wings is incredibly messy, I cut them out of my life. Just like that. It’s been a couple years now and I haven’t touched one and I haven’t looked back since.

The precursor to kicking things to the curb is putting things in line to be tossed on notice. It’s only fair to give a warning to those things on the chopping block. Who knows- maybe giving them a nudge & whispering in their ear that they better get their shit together or they’re hitting the road could be a good thing? Might force them to act; to put their big boy pants on and make some changes. Maybe they respond, maybe they don’t. Putting them on notice is the easiest way to find out.

So what is currently on notice as we approach March and the start of spring?

Oh The New Girl, our relationship was pedestrian at first, but boy that escalated quickly. It went from a show I watched because My Darling Wife wanted to, to a show that we binge-watched the bejesus out of during Christmas break. Good sitcom comedies are a rarity these days- like a week without snow or a suburban neighborhood that doesn’t have at least one neighbor who has issues with where you put your trash. The New Girl was it, though, filling the void of Happy Endings, another promising young sitcom that was put down far too early. In the show’s first two seasons it was fresh, quick, endearing and most importantly, consistently funny. Let’s be honest with ourselves, the only other consistently funny sitcom on these days is Parks and Recreation. There’s not much else out there that provides reliable giggles. But The New Girl did.

I speak in past tense because in the show’s third season, it’s lost it’s way some. Two of the main characters, Nick and Jess, are now a couple, which throws a wrench in the potential of each character and they brought back another character, Coach, in a move that funked up the dynamic amongst the cast the show was enjoying so much in it’s first two seasons. This season has been a season of reaching, of trying too hard. No more reliable giggles, just memories of reliable giggles. The three episode arch involving Jess’ sister was nearly a breaking point for The New Girl, sending it straight through the On Notice phase and right to the Get Out of My Sight phase, but the show was saved by last night’s episode, “Fired Up.” It had the spark of those original episodes and phew, was it a welcome sight. I’m still not totally cool with Coach and still think that Nick and Jess got together too soon- but the show still has life.

But it’s on notice.

And the second TV show on notice?

Putting Scandal on notice? That sounds like a…wait for it…a scandal!

Well I don’t care. Scandal is on notice and I’ll tell you why. Because it took it’s main character, once a beacon of strong and empowered feminism, and made her beholden to a school girl crush. What happened to the good old days of Pope and Associates- fixing and covering up the heinous acts of the rich & powerful’s kids, cajoling mistresses out of spilling the beans, re-enacting crimes scenes? Now it’s all about Fitz. It’s all about the Republic. It’s all about how fast Cyrus Beane can talk and how stupid his husband can be. I’m sticking with you, Scandal. But you best get your act together. No more Fitz and Olivia. No more. Dude is a chump and if I’m being honest, what appears to be a terrible effin’ President! All he does is drink, yell and undress Olivia with both his hands and his eyes. It’s pretty simple Scandal- less Fitzivia and more everything else.

Here- take a freebie idea: a Scandal/House of Cards mashup.

Moving away from television, here’s what else is currently on notice…

Your lists and quizzes are getting out of control, Buzzfeed. Maybe take a day or two off instead of posting a Which Character on (Insert Cult Classic Television Show Here) Are You quiz. There’s stretching it and there’s what you’re doing.

And besides, I can cheat on the quizzes, but I still come up with “you should live in Michigan.” I’m calling shenanigans there.

Stop putting these no-talent ass clowns on the cover! It’s embarrassing. For both of us.

Your driving my dog nuts! Cut that shit out.

Now listen here, buddy, you were great in Dallas Buyers Club. Amazing. So damn good you almost made me forget the existence of your crap-ass rock band. Almost. I’m happy for you. I really am. But you’re creeping your toes up to the edge my friend. No one, and I mean no one, not an Oscar winner, not a Grammy winner, not a Best in Show winner talks ill of Ms. Jennifer Lawrence. You’re coasting on some good vibes right now, hot shot. Don’t ruin it.

And come on, who includes falling in public as “part of her act?” If JLaw did something like swear constantly during interviews or make an insensitive acceptance speech at a nationally televised award show, I could see what you’re saying Mr. Leto. But falling? Come on, man.

You do realize you’re playing the same songs over and over, right?

That’s it for now. But this list is ongoing. You can get off it as easily as you can get on it.

That’s what she said.