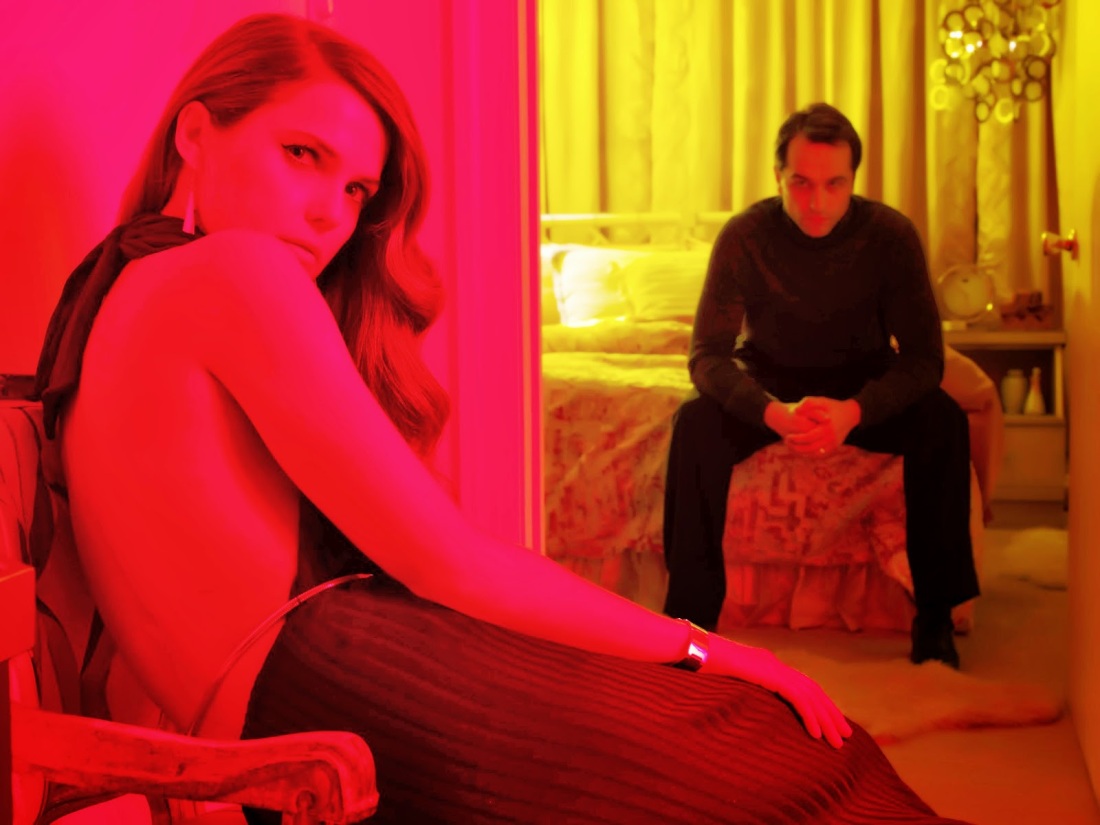 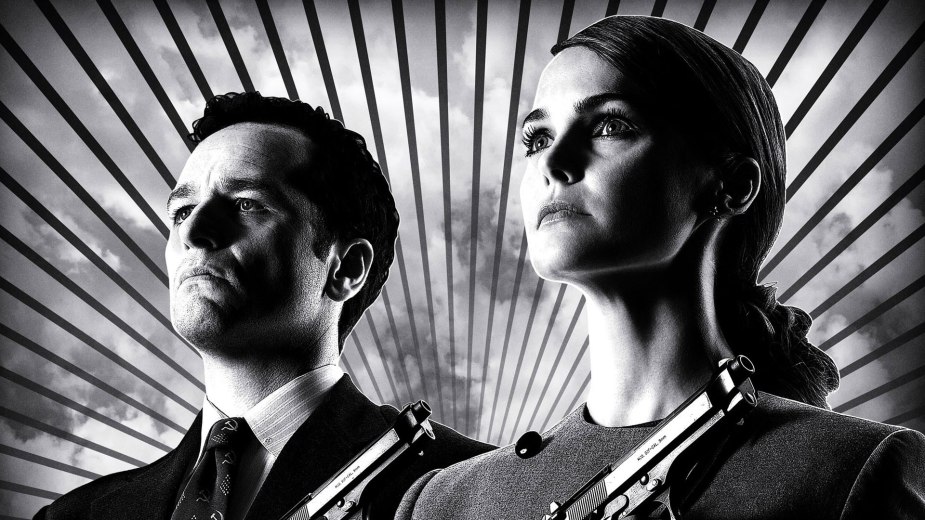 There’s nothing worse than being burned, specifically being burned by something you thought had promise. Oh goodness, it’s the pits. The pits! It leaves you border line devastated, bruised, battered and finally and most lasting- feeling betrayed and hesitant to trust going forward.

Two television shows have burned me in recent years. I don’t feel good about it, I partially blame myself, it’s subsequently affected my relationship with any new show going forward. It’s a pickle for sure. A pickle!

First it was Homeland. Yeah, you remember Homeland. You remember how effin’ amazing the first season was. And unfortunately you remember how completely off the rails of logic the show veered in the second season. By the time the third season rolled around, I was done with it. The show had gotten stupid, gotten sloppy, gotten lazy. I was hate-watching it. And dude, I hate hate-watching things. Homeland, you burned me. Hung me out to dry like Brody in a busy street in Iran. Too soon? No, it’s not too soon. Homeboy should have died at the end of season one.

Then came The Bridge. Ah, The Bridge. You sir, had me like my two year niece has a cupcake in her sights. And you started out so strong. You really did. The folks behind the show even evoked the cats’ pajamas of shows, The Wire, when discussing their influences. You had me at “The.” But The Bridge couldn’t even pull a Homeland. They couldn’t even wait until the second season to burn me. The first half of The Bridge’s first season was great. Yeah but that second half? Not so much. If the first season was influenced by The Wire, then the second half was influenced by CSI: (insert city here.) That is not a compliment. Those CSI shows are strictly reserved for office drones and middle-aged people asleep by 9pm. Fact. And here’s another fact, the last episode of The Bridge‘s first season has been sitting in our DVR, unwatched, for months now. If it could collect dust, it’d be unrecognizable and wrecking havoc on my dog’s allergies.

Those two shows have cast a devastatingly destructive shadow over every new show I watch now. This winter My Darling Wife and I got into The New Girl. And while I enjoyed every minute of the show’s first two seasons as we barnstormingly binge-watched our way through them as the snow fell and temperatures dropped, I couldn’t help but do so with nagging pangs of worry. Don’t let me down, I kept thinking. Trust is hard enough of a thing to build. But trust being built after trust is nearly ruined is damn near insurmountable. As luck would have it, after flirting with burning yours truly with an uneven season three, The New Girl is slowly crawling it’s way back into the outstretched arms of my good graces. But they are on notice. That can’t be forgotten.

I bring this issue of trust up because it’s been on my mind for the past week. Why? Well, the painful memories of The Bridge and Homeland have been on my mind because I finally listened to America and started watching The Americans. The last time I was in a situation like this- finally listening to America and watching a television show was with Friday Night Lights. That worked out really well. Like, exceptionally well. Our first born might be named Riggins Matthew O’Connell- regardless of the baby’s sex. Now granted there was a buzz, not nearly as much of a buzz, but a buzz nonetheless surrounding The Bridge, but that’s not the point. I kept hearing about how great The Americans was and with True Detective and House of Cards in the rear view, I felt it was time to see what all the fuss is about.

The fuss is about…well, the fuss is super well-deserved! The Americans is flippin’ awesome. My Darling Wife and I have been plowing through episodes with the steely drive of “Elizabeth” stalking down a rogue KGB agent, while “Tusk” by Fleetwood Mac plays. We’re only one episode away from finishing off season one, with the second season’s episodes lying in wait not so patiently in our DVR. Those episodes are laughing at an envious episode of The Bridge like a young stud pitcher laughs at the washed up vet toiling away in middle relief. The Americans is all I can think about! I had to be reminded that baseball starts this weekend and if not for a small financial investment, I’d be all but ignoring the existence of March Madness. Frankly I’d be a hell of a lot more interested in the tournament if I found out the starting five from Arizona were Russian spies. They’re not. At least I think they’re not. Hard to tell. I’ll get back to you. I do think Mike Krzyzewski might be a spy. But that’s between us.

But let’s talk about The Americans and I’ll catch you up if you haven’t seen it yet, if you’re still out in the cold like I was a week ago. There’s “Phillip” and “Elizabeth.” But Ryan, why are their names in parenthesis? Well, because they’re spies, y’all! Ruskies posing as Americans! Phillip and Elizabeth aren’t their real names. They’re their “names.” And these two crazy kids run a travel agency in D.C., have two kids and are trained killers. One of them has a perm. It’s the dude. It’s the eighties. And there are a lot of wigs. And fake glasses and mustaches and passports. And then there’s, wait for it…a FBI agent living across the street! What? Yeah, the dude from the Truman Show. He just moved into the neighborhood with his wife and most likely stoner son. Does he think something is up across the street, at “Phillip” and “Elizabeth’s” house? Maybe. And it’s not just the delicious meatloaf. The show takes place in 1981, when the Cold War was at it’s craziest. Reagan is President, Russians think he’s nuts and the spy game is a 24 hour gig. It’s a wild show.

The spy thing is what hooks you in, but it’s the emotions in the show that really get you. The Jennings’ marriage puts the idea of an emotional roller coaster to shame. If it is a roller coaster, than it’s a crazy Six Flags’ roller coaster whereas other emotional roller coasters are old wooden relics. It’s an arranged marriage, more of a business partnership than love partnership. But it’s a partnership that has lasted over fifteen years, so real, genuine feelings exist and complicate things. Love can do that, especially in the ever so fickle world of early 80’s espionage. The conflict is not reserved solely for Russia and the U.S.. It gets plenty of work in the homes of the show’s characters and that’s what makes the show so interesting, so compelling, so really, really good. From the very first episode, the mood is set and that mood…IT’S LIKE SUPER DUPER TENSE! Everyone on the show feels trapped in one way or another, is trying to get out and escape something. Identities are temporary, turtlenecks stylish and safe houses only a phone call away.

Right now the biggest difference between watching The Americans at this stage in the game and watching Homeland and The Bridge is that we’re catching up with The Americans. We were skiing fresh powder with the other shows. The Americans has laid out a well-marked path to follow up to this point. Reviews for the show continue to be good; the buzz has only grown in size and religious-fever. There is an assurance to The Americans that it won’t let you down so far that was missing with the other shows. This is nice; makes it easier to enjoy the show knowing that it hasn’t let anyone down yet. But like I said, the shadow of Homeland and The Bridge is sizable. It’s daunting. And because of it, no matter how many times I hear about how good The Americans continues to be as it makes it’s way through it’s second season, I’ll still be nervous. I’ll still have trouble trusting it. Maybe if the second season finishes strong and sets us up for a good third season, I’ll start to feel better about things.

Well, they have Homeland and The Bridge to thank.