Home › Game of Thrones › A Time to Remember

A Time to Remember

Mad Men? I’d say people will be a lot more excited for it next year when the show hits the home stretch.

The Americans? It should be. But not enough people are hip to it yet.

Boardwalk Empire? Eh, kind of. With this season being the show’s last, I think that’ll help amp up interest.

But Game of Thrones is only at the half way point. It’s not ending and it’s not new- so there’s neither nostalgia or any fad-like tendencies to it that would add the deafening buzz that is currently sweeping the nation with the sound and the fury of a Bruno Mars’ cover song at your good friend’s wedding. Let’s face it, everyone is watching Game of Thrones. Everyone. They had a weirdo, fan boy summit in Brooklyn recently, dropped a mix tape of rappers…legitimate rappers like Common and Big Boi…rapping about the show, and have had more commercials on during March Madness than even TBS could manage for Cougar Town during last year’s baseball playoffs. It’s not funny, TBS! Stop telling me it is! I’ll make my own decisions goddammit!

It’s been almost a year now since Game of Thrones season three aired. Heading into this season, there’s a lot to catch up on, a lot to remember. If you want to just catch up, I’d suggest this video. But if you want to remember some things, look no further. 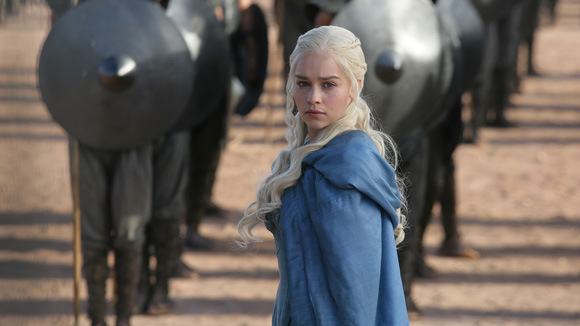 The first thing you should remember…The Hard Luck Starks

Since this show started, you’d be hard pressed to find a family beaten up more than the Starks of Winterfell. First it was Ned and then last season, Catelyn, Robb and Robb’s baby mama were all killed. Those who are left are scattered all over the place- Sansa in King’s Landing, Arya on the road, Jon at Castle Black, Bran and Rickon enroute to Castle Black. You have to think that the rest of the Starks will make it out alive, but after last season and the Red Wedding, there’s no such thing as a sure thing. Watch your back, Rickon. Smart money is on you gettin’ got next.

Oh yeah, they are. Yeah because Sansa was supposed to marry Joffrey, but got pushed aside when that saucy little minx Margaery Tyrell hit the scene. Then she was supposed to marry Mag’s bro, but that dude is marrying Cersei now, even though Cersei is a gal and not at all what Loras would really like. That leaves Sansa marrying Tyrion- something neither one is all that stoked about. Oh and Tyrion’s real special lady friend, his little filly from back in his war days? She’s Sansa’s hand maiden. I know, awkward, right?

Jon was quick to let everyone know what’s up beyond the wall when he got back to Castle Black and when word hit sunny Dragonstone, Davos, in an attempt to get out of the dungeon and back into Stannis’ good graces, brought the note to his bosses’ attention. But wait, Davos in the dungeon? I thought he and Stannis were buds? Yeah, don’t lay your hands on Stannis’ woman, buddy. But on the plus side, while locked up, Davos learned to read, which allowed him to read Jon’s note and subsequently save his life. So the lesson there kids, learn to read.

You should also remember…that thing about Theon and his…

No, don’t remember that. Just don’t.

Okay, so instead, remember…Theon’s tormentor is the bastard son of the dude who betrayed Robb

Yes! Roose Bolton. That son of a biscuit! He sold out Robb and sided with the Lannisters, which resulted in the Red Wedding. And on top of that, his bastard was busying himself with slicing off Theon’s manly bits, which I know I said not to remember, but you totally do remember it and I’m just stating the obvious.

Yeah, so you should also remember…Tywin is a hell of a dangerous pen pal 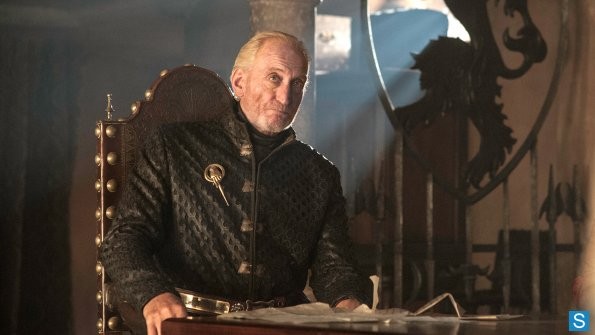 He looked so content sitting at his desk, writing all his little letters. But it turns out that all those letters helped him finally defeat Robb and win that war. So kudos for penmanship!

And that ultimately means…Tywin is in charge of things

Not Cersei and definitely not Joffrey. Gramps is running things in Westeros. He’s got no time for White Walkers or Daenerys and her dragons. Homeboy is all about power and making the Lannister name ring out. He’s not a business man, he’s a businessman. That old son of a gun is looking to do some legacy building.

So you should also remember…Daenerys still has those dragons

She does. And she’s got a growing crew of dudes stuck in the friend zone around and miles and miles to go before hitting the shores of Westeros. In the meantime, she’s freeing slaves, taking bathes and kissing babies. I imagine she’s got one more season in the wilderness before taking her no pants party t0 King’s Landing. Until then, more trekking through no man’s land and trying to find hotels that accepts pets.

And one last thing to remember…shit’s gonna get crazy, yo!

It is. It’s pretty simple actually. Season three was the first half of the third book, meaning this season is the second half. I’ve read one or two books in my life and in the majority of them, the second half is when things get cooking. Everything is building on Game of Thrones– White Walkers, Stannis’ anger, Joffrey’s douchebaggary, Lannister legacy, dragons on the move and so much more. Last season, chess pieces were placed. This season, mother effers looking for check mate.

I am very excited.

Last season, I did weekly plot line power rankings. I’ll be doing that again this season.