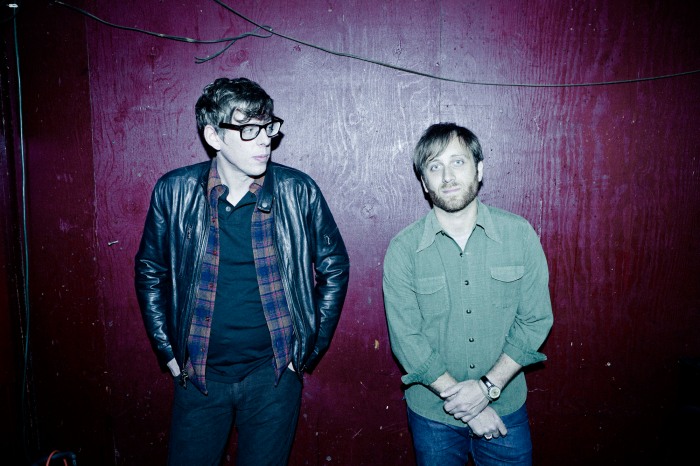 If I felt ashamed about taking so long to put together a Best of playlist for My Morning Jacket, than I feel down right dirty for taking so long to do one for the Black Keys. I don’t know the Keys, not personally, but if I did, if I were to have the chance to talk to them, I’d apologize. Give them a hearty my bad. Then I’d just hope Pat didn’t start making fun of me on Twitter.

With the release of “Fever,” the first single off of their upcoming album. Turn Blue, the fire that burns inside of me for the Black Keys was essentially doused with a 40 ounce of kerosene- sweet, sweet kerosene from Nashville via Akron, Ohio. Do you ever find yourself wondering if Lebron James and the Keys ever frequented the same clubs, or even the same Denny’s?

Anyway, here is a playlist of Giddy Up America’s favorite Black Keys’ tunes. The one hiccup is that their most recent album, El Camino, isn’t on Spotify. Who do they think they are? Not giving their music away for free?

Giddy Up America’s Best of the Black Keys Playlist

“I Got Mine”
“Lonely Boy”
“Next Girl”
“Just Couldn’t Tie Me Down”
“10 AM Automatic”
“Strange Times”
“Howlin’ for You”
“On the Vista” featuring Mos Def
“Tighten Up”
“Gold on the Ceiling”
“Heavy Soul”
“Your Touch”
“Lies”
“Dollaz & Sense” featuring Pharoahe Monch, RZA
“Everlasting Light”
“Breaks”
“Run Me Down”
“I’ll Be Your Man”
“Little Black Submarines”
“Girl is on My Mind”
“What You Do to Me” featuring Billy Danze, Jim Jones, Nicole Wray
“Sinister Kid”
“So He Won’t Break”
“The Baddest Man Alive” featuring RZA
“Ain’t Nothing Like You” featuring Mos Def, Jim Jones
“The Only One”
“Fever”
“Remember When”
“Thickfreakness”
“Do the Rump”
“Busted”
“Unknown Brother”