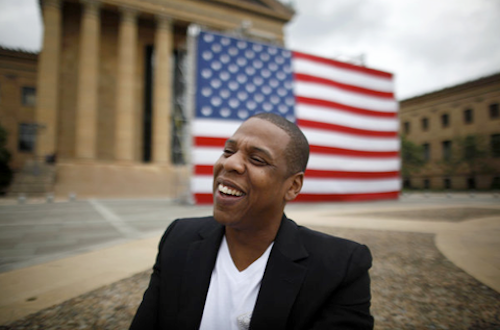 In case you missed it, Jay Z had himself a week last week. He created a hullabaloo over his trip to Cuba, became a sports agent, announced he was selling his almost 1% stake in the Brooklyn Nets to become a big time sports agent, announced the line up for the second Made in America festival and then finally, capped it all of with a song that A) addressed all of that stuff and B) prompted this to happen…


So yes, Shawn Carter had himself a week.

But what will this week bring for Jay Z?

He spoils this season of Mad Men by accident, but ruins The Office finale on purpose.

He successfully encourages Tiger Woods to shave his goatee.

He talks Dennis Rodman out of his second North Korea trip.

He finds out what hot dogs are made of.

He announces plans to move the Mets to Brooklyn.

He convinces Kanye and Kim to name their baby Rosalita, but refuses to say why.

He announces plans to host Saturday Night Live before being asked.

He solves our country’s gun problem.

He reminds us that Justin Bieber is an idiot. And also nineteen years old.