Home › Television › Georgia On My Mind

Georgia On My Mind 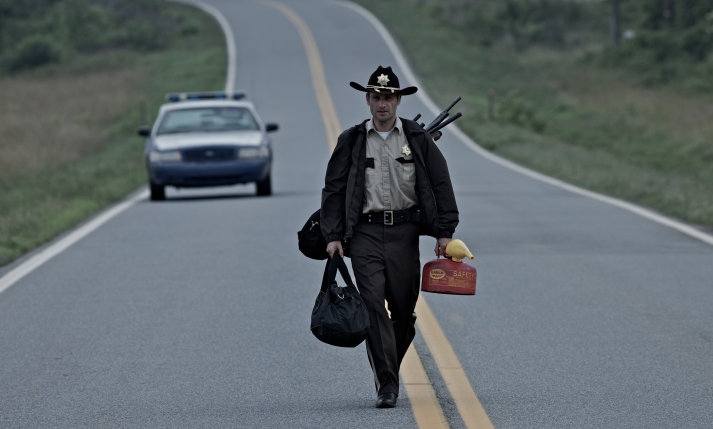 It took me awhile, but I finally watched the first episode of The Walking Dead. I had watched part of an episode awhile back- wanted to see what all the fuss was about. The main characters were running around a field- ended up in a farmhouse. Bullets killed zombies. Any kind of zombie apocalypse seemed like an open and shut case to me. I think I was all set.

But since season three started, it’s been hard to ignore the walking chatter about The Walking Dead. The idea of picking up a new show right now seems daunting, especially when factoring in Wife and I’s Friday Night Lights undertaking, prep work for the new season of Game of Thrones (re-watching season 2,) and the looming shadow of House of Cards, which has as many people talking about it as The Walking Dead does. But hey, it’s winter. There is literally no better time of year than winter for taking on new shows. Literally.

So giddy up The Walking Dead.

I think that’s the only questions I have so far. Either way, I’m interested. That first episode is damn close to brilliantly done. I counted at least five or six amazing shots, shots like Rick riding the horse into Atlanta, that were just flat out stellar. And the opening scene is pretty great and does a top notch job of establishing the tension and tone of the show.

I will admit, I did have this reaction for most of the show…

But once I got past that, I really enjoyed it.

Giddy up, Walking Dead. Let’s do this.