This Patriots nonsense is really starting to bring me down. It’s affecting and effecting my sleep, it’s making me ask questions like do I even want to be a Patriots’ fan and no really, why do I listen to so much sports talk radio. It’s 60% garbage, 20% pseudo-garbage, 10% semi-useful information and 10% nonsensical ramblings about garbage. I’ve honestly forgotten on several occasions that the Pats are even in the Super Bowl and on more than one occasion, forgot all together that there is even a Super Bowl yet to be played.

I’m not in a good place.

Until this very effin’ minute!

Because Internet, I’m moving on. I’ve been told by more than one person that I should stop reading stuff about the Patriots and you know what, that’s some damn good advice. It is easily the best advice I’ve received all week.

So I’m a grown up, I watched Tuesday’s State of the Union. It was cool. I liked it. I very much enjoyed President Obama in eff you mode and even more than that, I really enjoyed watching the varying versions of I don’t get a shit face Speaker John Boehner gave throughout the speech. 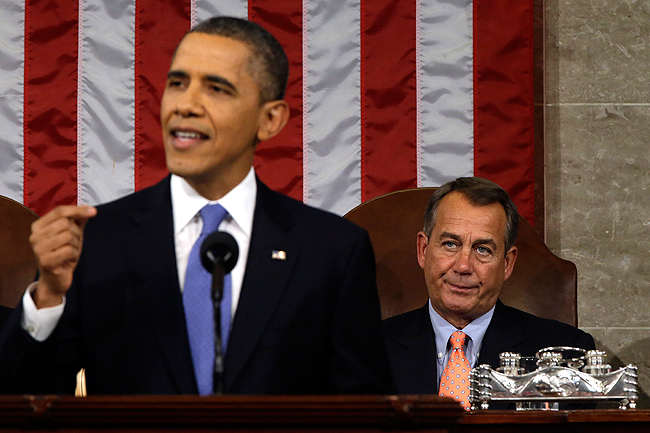 And there was the I don’t give a shit because frankly, I stopped paying attention twenty minutes ago and I’m thinking about how many hot dogs is too many hot dogs to eat in one day. Some people say five, some say none, some say that you shouldn’t even hot dogs but those people are complete ass clowns face… 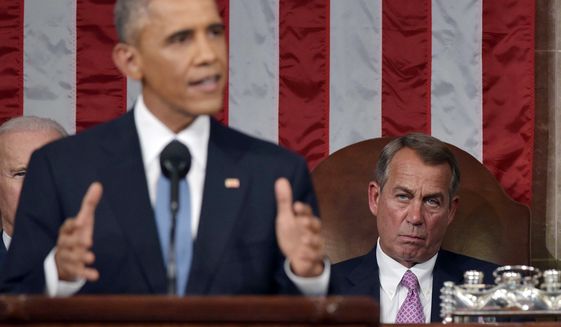 And then finally, there was the Go eff yourself thumbs up…

But in Boehner’s defense, we’ve all pulled that move. None of us have done it to the President, but we’ve all done it at some point in our lives.

As for the speech itself, sure, why not. I liked it, I enjoyed it, I thought it was like watching a good movie in that it was essentially complete fiction and consisted of a lot of things and ideas that will never happen. Like Interstellar.

Man, I’m going to miss Parks and Recreation when it’s over.

It is weird that you drive on a parkway and park on a driveway.

I need to check out Run the Jewels.

We shouldn’t be complaining about anything with gas prices are so low.

Lenny Kravitz needs the Super Bowl Halftime Show a hell of a lot more than Katy Perry needs Kravitz at the Halftime show.

Giddy Up America is definitively on Team Mei.

Melissa is heading into the finals on a hot streak, Gregory on a cold streak and Mei is just rocking shit. Get it girl!

Full Disclosure: I will only use the phrase “get it girl” if I really and truly mean it. And in this case, I do.

And now, a paragraph about The Americans

The Americans, easily the most unheralded best show currently on television, returns for it’s third season next Wednesday and I can’t wait. If you thought Breaking Bad was a pressure cooker of tension, then get a load of The Americans, which is even more of one. It’s a crock pot of slow-simmering, taut, rigidity. And the confines are so small! Just from a cast size stand point, The Americans is the anti-Game of Thrones. It focuses on one family, but the show essentially revolves around three people: Phillip & Elizabeth Jennings, the Russian spies, and their next door neighbor and spy-hunting G-man, Stan Beeman. Last season fellow spies were murdered, the Internet was just a baby and the Jennings’ daughter Paige found religion, but unfortunately, the Jennings’ spy handlers found Paige. I don’t want to give anything away because I WANT YOU TO WATCH THIS SHOW SO WE CAN LIKE TALK ABOUT IT!

But If We Are Going to Talk About the Pats…

…then we should just not talk and enjoy this instead…

An Admission About Taylor Swift

Even though we won’t ever be friends, I have to admit that if I were in a band, I’d definitely want to cover either “Shake It Off” or “Blank Space.” I think you could put a fun twist on both, but also not twist them in such a way that you’re drifting too far away from the song. I just think they’d be fun to play.

Can We Talk About Downton Abbey?

Specifically the Earl himself, Lord Grantham. That dude is becoming one of the biggest boners on television right now. He’s either dismissing his daughter’s interest in caring for “that girl down the road” as a passing fad or poo pooing the idea that a professional art critic would be the least bit interested in what Cora would have to say about art. If I were Robert I’d be interested in everything Cora has to say for the following reasons:

Robert has no interest in a record player being brought home because really, why sit around listening to other people talk when you can all sit around and listen to him talk. Now I will say that if I were him, I’d be annoyed with Ms. Bunting as well, what with her rabble-rousing tendencies, but I can’t say I appreciate the way he talks to Branson, who by all accounts, is a good dude who unlike the Earl, is realistically trying to keep Downton afloat.

This is Something I Recently Realized

It’s Always Sunny in Philadelphia is my favorite television show on television right now. I get legitimately excited about watching it and can go back and watch an older episode whenever. In a sense, it’s replaced The Office as my Reliable and Rewatchable Half Hour Comedy.

Do people understand Watgergate was a hotel? It wasn't a controversy about water. At least gate rhymes w/deflate but still makes no sense.