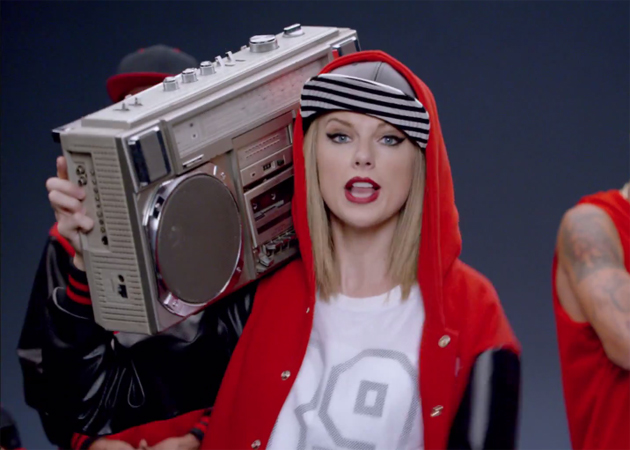 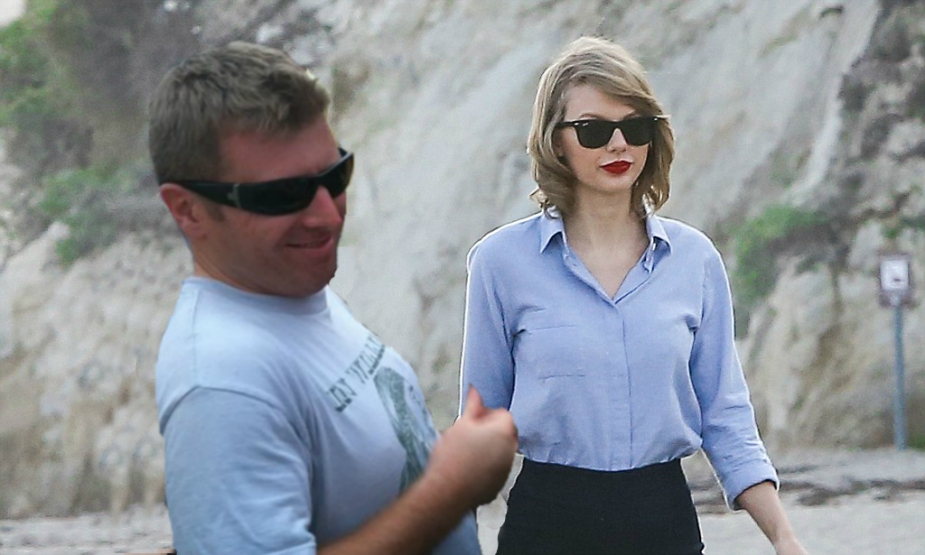 There isn’t a heck of a lot I know about Ms. Taylor Swift. I know she’s from Pennsylvania, has recently moved to New York City and loves it, and has had one or two romantic dalliances with famous dudes that have ended not so famously. But beyond that, unfortunately I’m at a loss.

Now the reason for this is because for the most part I’m not really a Taylor Swift fan. I can get down with “Shake It Off,” but that has less to do with me being a Swift-head and more to do with me being a human being. I mean, how could you not like that song unless you were some kind of soul-less, robot vagabond? As for her other songs, I can’t say I’m all that familiar with them. I’m quite familiar with her antics at award shows, though. I’m pro Taylor Swift dancing with her home girls and con Taylor Swift being completely shocked she just won an award. Come on Taylor Swift. You were put on this Earth to win music awards. It’s what you do. It’s like a truck driver getting stoked about hooking up a trailer or a bartender pouring a beer with a good head. It’s what they do. And what you do Taylor Swift is win music awards. Act like a professional, Ms. Swift.

But enough about that.

It seems that everyone loves Taylor Swift- the singer, the songwriter, the person, the New Yorker.  I would bet that a good chunk of her fans imagine themselves and Taylor being best friends because Taylor is like, so perfect. Oh the places they’d go, together and as best friends. Because wouldn’t Taylor Swift be just like, the perfect best friend?

Assumption: Taylor Swift is a female.

Analysis: I like old things but antique stores smell funny. I bet she stays there for a while and I can’t handle being in an antique store for more than twenty minutes. Thirty tops. The smell gets too me. As does the feeling that I’m being watched by that painting over there.

Assumption: Taylor Swift likes going to Central Park, but not for exercise. Just to hang out.

Analysis: I’m cool with this. The people-watching alone there is worth the price of admission.

Assumption: Taylor Swift would be fun to people-watch with because she’s secretly really judgmental.

Analysis: Oh I’m board. Let’s get juicy Ms. Taylor Swift. In the company of friends, Taylor Swift holds nothing back. Nothing!

Assumption: Taylor Swift is uncomfortable around people that swear a lot.

Analysis: I don’t swear…a lot. But I’d be worried I’d swear enough to make her uncomfortable and that would make me uncomfortable. I don’t want to be uncomfortable, especially when hanging out with a buddy. Also, we’re adults. Adults swear Taylor. It’s one of the perks of being an adult.

Buddies or Not Buddies:  Not buddies

Assumption: Taylor Swift isn’t really a beach person. She is deathly afraid of UV rays. She prefers lounging on decks.

Analysis: I love the beach. I also love decks. However, I wish I was at the beach right now. The beach is a wonderful place. Decks are cool and all, but anyone can sit on a deck. Not anyone can sit on a beach. And sitting on the beach means it’s summer and I love me some summer. I sat on my deck last weekend. Not as cool as sitting on the beach. Also, I’m not a fan of UV rays either due to A) Caucasian-ness B) my Irish-ness C) my Maine-ness. But that’s why God made sunscreen- to karate chop UV rays.

Analysis: Well that’s one sporting event out of over a hundred that she’d be cool with. And while I think she’d be a good sport and go to a baseball game every once in a while, it could get annoying- you know with lots of questions and comments. One or two questions is fine. But if by the fifth inning you’re still asking who is up right now, we have a problem. And that’s great you like a good Super Bowl party Taylor Swift, but that really just means you like the game until halftime. Then once halftime is over you’re bored, borderline disruptive, and asking the same question every five minutes- how much longer is this game on for.

Buddies or Not Buddies: I bet she throws a great Super Bowl party…but no, not buddies.

Analysis: Yeah, me too. Brunch is awesome. It’s another one of the best parts about being a grown up. Fancy french toast, a Bloody Mary or two, maybe even a beer and a cup of coffee is a fantastical way to start a morning.

Assumption: Taylor Swift is a salad pusher (she guilts you into splitting a salad, even when you don’t want to, then eats most of it.)

Analysis: No. Don’t tell me what to eat and don’t force me into sharing something with you. If I want to split a salad, I’ll say so. But you better not be looking to force a salad on me. And then if you do, if you then eat almost all of it then what the hell was the point, Taylor Swift? All you left me was a few pieces of lettuce and a grape tomato. That’s baloney! I’ll order my own salad thank you much.

Analysis: No. Come on. No one likes this, including someone who does talk a lot during movies. If we’re watching a movie at home, that’s cool, let’s pause it and you can ask questions. But in the theater? Come on. What are we? Old people?

Analysis: No, parades are boring. Unless you’re at Disney World. Then parades are a waste of time because you should be on rides, not watching a parade.

Analysis: It’s a two-way street Taylor Swift. If you’re going to give a nickname, then be prepared to get a nickname. Like Swifty. I’d call you Swifty. And then I’d keep calling you Swifty because I knew it bugged you and I’m immature like that. It would drive a wedge between us and probably end our friendship.

Analysis: Not a deal-breaker, but also not a deal-maker. It’s Phish. I thought everyone had at least heard of Phish. I’m not sure what kind of person has never heard of Phish and furthermore, I’m not sure what kind of person that person would even be. I’m not saying knowing of Phish’s existence is some kind of necessary barometer of coolness, but…dude, it’s Phish. How does a white girl from Pennsylvania not know who Phish is? Taylor Swift, a song like “Farmhouse” sounds like something you could definitely get into.

Assumption: Taylor Swift routinely thinks renting out a roller skating rink is a cool way to celebrate a birthday…regardless of age.

Analysis: You know when roller skating was fun? In middle school when I didn’t know any better. Roller skating later in life is anti-climactic and if you fall, eff word, it hurts way worse than it should. Why? Because you’re old. Also roller skating rinks rarely serve booze and I’m not saying you need booze to have a good time. But if definitely helps. Especially when you’re a grown ass adult at a roller skating rink.

So, Taylor Swift and I, buddies or not buddies? 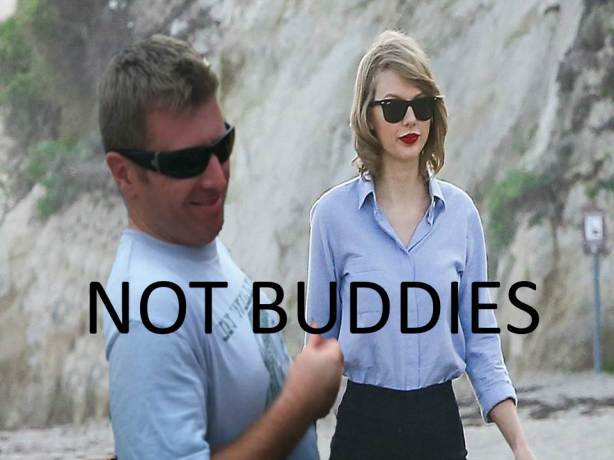 Sorry Taylor Swift. But I’m not sure I could buddies with a non-beach going, antiquing, at-the-movies-talker who has never heard of Phish. I’m sure you’re a wonderful person and for the right person, an ideal buddy.