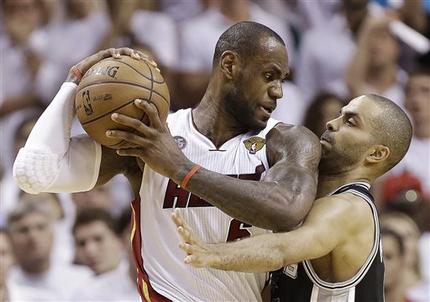 Last Friday I had shoulder surgery. It’s not much of a story. It begins with a torn rotator cuff and concludes with surgery to fix it. The last thing I remember of the whole thing was nurses talking about a shark recently being spotted in nearby Deal, New Jersey and Hootie and the Blowfish playing through a small boom box. The light above me started changing sizes and that was the end of that.

You’ll lose all the strength in the arm with the dinged up shoulder, I had read.

Will I be able to throw like Henry Rowengartner when this is over and will I be able to go on to have a lucrative career in the big leagues as a fireball-throwing pitcher, I did consider once or twice, especially after Erin had brought it to my attention.

Now I’m just sitting here with this albatross of a sling on, wishing the pad that is attached to it was a cooler and had a tap on it. Then I could fill it with beer and turn down for recovery a little bit. Well I’ll be in this jawn for four weeks, so I have time to figure something out.

But in the days immediatly following the surgery, I did what anyone in my position would have done. I watched movies. When it hurts to move and painkillers are making you a walking liability, it really is your best option.

I started with Django Unchained, which had been lying in wait in our DVR since the free Showtime preview a few weeks ago. I hadn’t seen it since I saw it in the theaters. I thought it was great then and thought it was great this time. I really appreciate Quentin Taratino’s commitment. Dude wants to make a Western, then he makes a Western, complete with all the hallmarks of great Westerns- the camera work, the shots of our heroes riding across open terrain, silhouette shots, screaming bystanders, zoomed in close-ups. It’s as if Tarantino has a check list of what he feels makes for a great Western, then works to make sure every item is checked off while filming his Western. On top of that, if Christoph Waltz was reading the phone book, I’d be inclined to listen.

Next up was The Grand Budapest Hotel, the latest Wes Anderson movie. Anderson movies have become somewhat of an interesting anomaly. You know what you’re getting going in, in terms of actors, types of character, visual style, even story- but none of that dulls the enjoyment that comes with watching one of his movies. They’re just so much fun. Grand Budapest is no exception. Ralph Fiennes is thumbs up excellent in the led role and maybe the coolest part about the whole movie was how the narrator keeps changing- whether it’s the author, the younger author or the author’s subject. It keeps bouncing back and forth. Made me think about Inception in a weird way- specifically in terms of levels in movies.

Actually, before we watched The Grand Budapest Hotel, I was mildly consumed with LeBron James’ decision to return to Cleveland. Now I had become a LeBeliever since the 2013 NBA Finals, when I finally just accepted his greatness and became a fan. But now, now after reading The Letter that went up on Sports Illustrated and took over the Internet, I’m fully on board with LeBron. The Letter was beautiful. I read parts out loud to My Darling Wife. It also helps that the Cavs are a much easier team to root for than the Miami Heat. Something about the Heat seems villainous. But this is all about good intentions now- coming home, bringing a championship to Cleveland, nurturing the youth, etc. It’s the ultimate feel good story. With the Celtics in the middle of a rebuilding process, I have no problem getting behind the LeBron-led Cavs.

And as an added bonus, it opened the Eastern Conference wide open. Last year it was the Heat’s conference from start to finish, with a brief flirtation of dominance by the Indiana Pacers. Next year, though? The Cavs, the Heat, the Bulls, the Pacers, the Wizards and the Raptors are all in the mix. And real rivalries are possible. Think about the Cavs playing the Heat now. Or the battles that are bound to go down between the Cavs and the Bulls and the Cavs and the Pacers. The East still isn’t on the same level as the West, but it’s definitely closer. And as much as I’m a fan of Kevin Love, I almost don’t want him to go to the Cavs. I want to see LeBron and these young bucks play together. I don’t want to see LeBron on another super team. I want to see him on a fresh, fun and hungry team. I also want Kevin Love to go to the Celtics. But you know, that’s like, whatever.

While reading about LeBron, I got distracted by the reporting of Wright Thompson, a reporter for ESPN, who has spent the weeks of the World Cup roaming the streets of Rio, telling tales about life beyond soccer glory. His articles have been great. His Twittering even better…

It’s been interesting to read about life in Brazil, the protests, the Brazilian governments response to the protests and the reactions on the streets to the various soccer games inside the stadiums that the locals can’t afford to get into. Definitely worthwhile reads.

As a result of my surgery, I had to sleep in a chair for the first few nights following the procedure. I’m not an old man. Sleeping in a chair doesn’t come naturally to me. I’m not even that skilled at sleeping on a couch. Each night, waiting for the pain killers to kick in, it took a while to get comfortable. I passed the time with television. Friday night I watched an ESPN 30 for 30 documentary- The Two Escobars. It’s the fascinating story of how drug money and Pablo Escobar fueled the rise of soccer in Columbia in the 80’s and early 90’s and how his death and the chaos that followed resulted in a disappointing 1994 World Cup appearance for Columbia and the death of the team’s star, Andreas Escobar- no relation to Pablo. As Americans, I don’t think we can fully understand the role soccer plays in other countries- especially poorer and more corrupt countries.

Slingin’ Review: 3 Ice Packs (lots of subtitles are not conducive to watching while on pain killers)

The next night, while trying to get comfortable, I watched the classic movie, Heat. I don’t even remember the last time I watched it. The movie holds up, though- doesn’t feel dated at all. I did fast forward through all the domestic parts, though. Those parts drag and I’m not watching that movie to see DeNiro sweet talk the girl from the book store or Pacino ho ha his way around another looming divorce. The movie is all about the robbery scenes and the tension that follows. I did have a few questions, not sticklers- just some questions. Like how is Pacino in a helicopter so much? At one point he’s in one for a minute before asking to be picked up by a car and then later, he just uses one to get a lift to the hotel where the movie’s big climax takes place. Seems like a waste of tax payers’ money there. And then after, the foot chase that ends the movie- it seems like DeNiro and Pacino are kind of far apart, but Pacino knows every turn and move DeNiro makes. I’m not nit picking, just saying- the camera work is mis-leading. Still a great movie, though. Just with a few bugaboos.