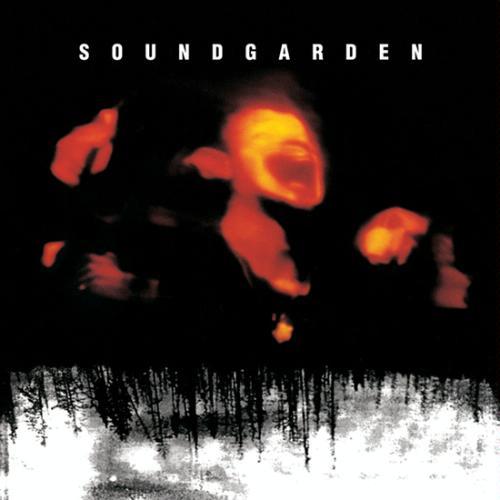 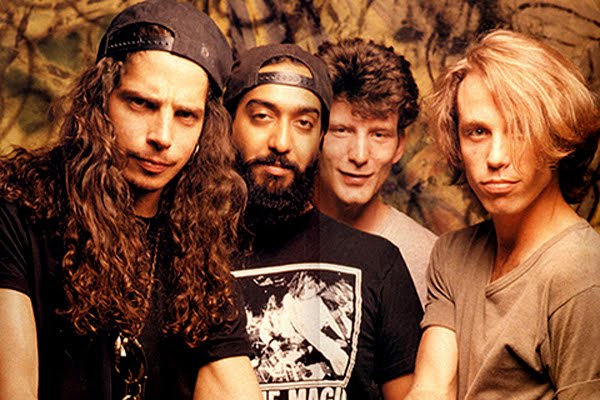 To celebrate the fact that so many great albums were released in 1994, Giddy Up America is looking back at some of the best and some of my favorites. You can follow along on Spotify with Giddy Up America’s Albums of 1994 playlist.

Let’s say that Pharrell is a cool convertible. And let’s say Kanye is some weird sports car that looks like a car, albeit an undriveable one. Let’s say the Black Keys are the A Team van, Pearl Jam are a dusty SUV and Jack White is a vintage dragger.

Soundgarden is an effin’ monster truck with wheels the size of rhinos and an engine that sounds like a tsunami barreling down Main Street. Superunknown, the band’s fourth and most successful album, was the gun rack, intimidating grill and set of KC lights thrown onto that truck all rolled into one. It’s a mega brute force of an album by a colossal juggernaut of a band, a band that having spent over ten years kicking around the better parts of the Pacific Northwest, had become a finely tuned weapon of mass destruction. Louder than Nirvana, slightly more approachable than Alice in Chains and more vicious than Pearl Jam, Soundgarden was the anomaly of Seattle bands. They weren’t really grunge and they weren’t really alternative. Although they also weren’t metal or prog rock.

They were just Soundgarden- nothing more, nothing less, but everything loud.

1991’s Badmotorfinger, with songs like “Rusty Cage” and “Outshined,” helped introduce those of us outside of the northwestern nugget of the country to the band. It seems like I saw a video for one of those two songs on MTV, but I also kind of feel like I heard about them some other way. Not sure what that other way would have been though. In 1992-1993 I was bouncing back and forth between forays into classic rock, discovering Led Zeppelin, the Doors and the Beatles, and hiding Dr. Dre’s The Chronic from my parents before becoming consumed with Nirvana, both Nevermind and then Insesctide, which might have only existed to help you prove to people you were into Nirvana for more than just “Smells Like Teen Spirit.” You know, because that was lame.

If you weren’t aware of Soundgarden by the start of 1994, you definitely were by the end of 1994. And it all started with their song “Spoonman.”


It’s like I want to go back in time and firmly tell myself, the younger version of myself, to cut it out- you can’t play the spoons.

They released one more track from the album, “The Day I Tried to Live” before things exploded. “Black Hole Sun,” which really is a dark song and was accompanied by a borderline eff’d up video, made Soundgarden a household name.


And yeah man, it’s a dark song. It’s a dark song hidden behind Beatles’ influences, which is both sneaky, clever and smart as hell. Don’t bother reading into the lyrics too much, though. On a recent episode of WTF, Soundgarden front man Chris Cornell admitted they were essentially stream of conscious ramblings. That didn’t dim the popularity of the song, though and it was everywhere in 1994, spilling into 1995. People were probably still blasting it in 1996 when Soundgarden released the follow up to Superunknown, Down on the Upside, an album that would end up being their last album before re-uniting around 2010 and then releasing King Animal in 2012.

But let’s fast forward ten years or so because in 1994 I think I was too young to really appreciate Soundgarden and Superunknown. There was also too much music going on, too many albums to listen to and everything revolved around mix tapes, where a song like “Spoonman” was a mainstay. The rest of the album kind of got lost in the shuffle, which can happen when the shuffle is overwhelming. And in 1994, the shuffle was overwhelming.

So fast forwarding ten years into the future and a more mature Ryan re-discovered Superunknown and in turn, Soundgarden. I think this makes sense. Soundgarden were always kind of the more  mature Seattle band, so being more mature yourself would kind of make sense in terms of appreciating them. The album is so much more than “Spoonman” and “Black Hole Sun,” and that’s not taking anything away from either of those tunes. They’re classics. But my favorite song on the album is “My Wave.” It’s a great flippin’ song and so great loud. It’s one of those classic tunes that makes you want to drive faster than you probably already are or drink more than you probably are. I love the thump and the pounding of the drums and how it flows, but in such a different way than you’d normally expect a song to flow. I remember using as it as an intro song for some Sidecar gigs and even more specifically, telling a sound guy in Rhode Island to play it before our set and how he very enthusiastically obliged. It was like a secret handshake or nod of silent agreement. Soundgarden always seemed to be like that- not something everyone was into, but something those that were, were totally into- a secret society of thunderous rock and screeching roll.

Soundgarden released a special 20th anniversary version of Superunknown this week and celebrated the milestone by playing the album in it’s entirety at a recent show in New York. They also went on Fallon to play “Spoonman.” Shit, Chris Cornell is fifty, or almost fifty. It’s hard to fathom what sounds crazier, that Superunknown was released twenty years ago or that one of the dudes in Soundgarden is fifty.

It really is a jolt when the music of your youth starts to have gray hair.

But then again, Soundgarden was always a jolt.

So in a way, it kind of makes sense.