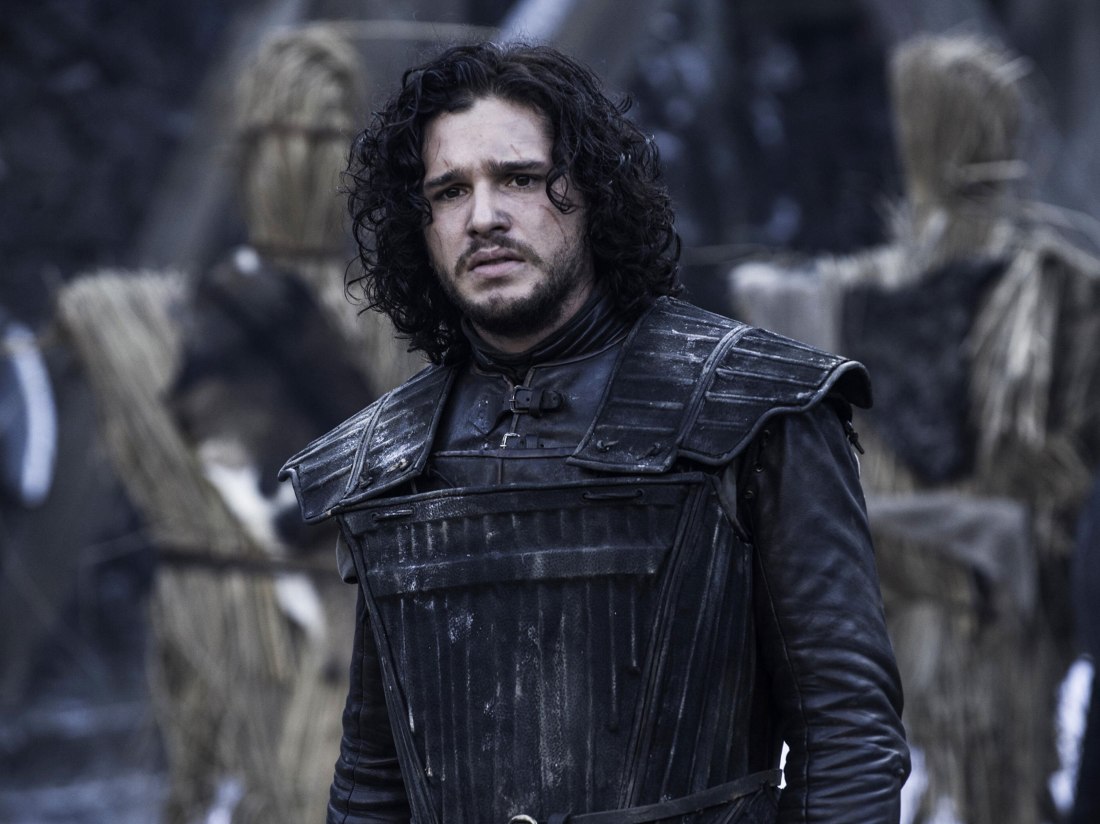 Ranking the various plot lines of a television show like Game of Thrones on a week by week basis works because the show expertly weaves in roughly anywhere from four to ten plots in a single episode. Hence the reason for my Game of Thrones’ Plot Line Power Rankings in the first place.

Well, ranking plots when it comes to an episode like this week’s “The Watchers on the Wall,” which is only the second episode Game of Thrones has ever done that was devoted to one setting and one plot, makes about as much sense as having giants not climb a giant wall. The last episode that ditched the normal globe-trotting style that has become Game of Thrones‘ modus operandi was season two’s “Blackwater.” Now it was time for another big battle, one that couldn’t be confined to anything less than sixty minutes. It had been talked about since last season, when we first met Mance Rayder and learned of his plan to light a big ass bonfire and send his people south to skip out on the oncoming super winter and even worse, the White Walkers. And then everything related to the Wall this season has been building up to this battle. This included the routine humbling of Jon Snow, the bumbling chivalry of Sam and more and more chances for us to get familiar with the other dudes of the Night’s Watch.

But as far as stakes go, there really weren’t many. Jon Snow wasn’t going to die. He just wasn’t. Of course he could have, but no way. Jon Snow is in the top tier of untouchable characters. The worst thing that would possibly happen to Jon was being taken captive. As far as stakes go, that’s pretty mild. Other stakes and/or consequences? Well the Wildlings breach the wall and descend on the South. But would have that been really that bad? No. It’d be interesting, which is always a good thing. Sam could die. That’d be a bummer, but nothing Westeros-shattering.

So we have a major battle with minor stakes. Not exactly the Battle of Blackwater. But hey, it was still interesting and still effin’ really impressive. Halfway through the episode I found myself amazed that I was watching a television show and not a Peter Jackson movie. Maybe in the grand scheme of things and within the Game of Thrones‘ cannon,”The Watchers on the Wall” will be nothing but a blip on the radar, a flexing of muscles by the show’s producers, but regardless…it was cool.

With no other plot lines to rank, we’re going to do some Q & A instead.

How many members of the Night’s Watch, living or dead, can you name besides Jon and Sam?

There’s the Maester…Maester Aemon. And then…uh…Pip. Pip is a guy, the one who got an arrow through the throat. And…uh…well, there’s that guy who looks like Begbie from Trainspotting, but I don’t know what his name is. So I guess my final answer is two, I can name two other members of the Night’s Watch besides Jon and Sam.

Is it the Night’s Watch or Nights Watch?

Night’s Watch. They are the watch of the Night.

So let’s say the battle was on Monday night, is there another one coming Tuesday night? Or is like the NBA Finals and they’ll wait a couple days?

At first it seemed like everything was all done until party-pooper Jon Snow grimly informed Sam that it was just game one for Mance; he was “just testing our defenses.” So that would lead you to believe that another attack is coming. Not sure how long they’d wait though. Is “the largest fire the north has ever seen” still burning? Does that mean something? Like, we fight while the fire burns? I would think Mance might take a day or two off, but even he thinks a lay off longer than that is kind of ridiculous. Granted he doesn’t have TV networks to answer too or the Stanley Cup Final to compete with, so that makes his job easier.

Did those cannibals scale the wall too?

Why wouldn’t Mance have had the giants climb the wall?

So would Mance send more people over the wall for game two?

I doubt it. I would have to think that game two would be an all out assault from Mance, especially if he was just testing the Watch’s defenses in game one.

Wasn’t Mance a member of the Night’s Watch and if he was, wouldn’t he already know what their defenses were? It doesn’t seem like the Watch are especially prone to updating or re-evaluating. They’re probably still using dial-up and can be reached at thenightswatch@aol.com.

He was and…well…yes…I guess that makes sense.

So then why would Mance be “testing their defenses?”

Speaking of Jon, is his plan really just to walk into Mance’s camp, unarmed, and kill him?

Yes. Yes it does.

Couldn’t someone have talked him out of it?

Plus he asked Sam if Sam had a plan. Sam didn’t. So Jon Snow Rationale dictates that a Shitty Plan trumps a Non-Existent Plan.

Who is in charge of the Night’s Watch now?

I think that Acting Commander is still alive, so he is.

Probably depends on whether or not the Acting Commander is alive or not. If homeboy is dead, Jon might be named Acting Commander. If he’s alive, than Jon will probably be back to being a steward. Although this seems like a moot point because Jon peaced out to pow wow with Mance.

What happens between Ygritte and Jon if that kid doesn’t kill her?

She shoots Jon, maybe not killing him, but coming close again. Then she gets killed by Sam. There was no way Ygritte was making it out of their alive. She’d been on borrowed time in terms of relevance since the Breakup Heard Round the World last season.

There wouldn’t be anyway they’d have gotten back together?

I think that ship had sailed.

But they were so perfect for each other.

Game of Thrones doesn’t do “perfect for each other.”

Ok, last question, what are the White Walkers doing during all of this?

Season finale next week. Giddy up!