Once Again, a Kanye-Free Zone

In February of this year I back-tracked. Here is what happened.

First, back in 2013, I decided that Giddy Up America would become a Kanye-Free Zone. I don’t remember what prompted this decision, but it happened and the ruling more or less stayed in place until February of 2018. A brief exception was made in the summer of 2017, but for the most part, Giddy Up America had largely remained a Kanye-Free Zone. The blockade was formally lifted in February and announced in a post celebrating Kanye’s return to Instagram, one that was equal parts hilarious, confusing and ultimately short-lived.

I would know like to take this time today to reinstate the policy ensuring that Giddy Up America is a Kanye-Free Zone. I can’t say how long this policy will remain in place, nor can I say how strongly it will be enforced. All I can is that is the policy is in place as of Monday April 23, 2018.

Of course the reason for this policy renewal is all this Twitter nonsense with Kanye. It was all but a guarantee that once he started endlessly tweeting at the end of last week it would end badly. The odds were very good. You take Kanye’s penchant for saying regrettable shit and combine that with the openness of Twitter and something unfortunate was bound to happen. And it did.

For the first few days of his Twitter avalanche, it was largely philosophical ramblings, general musings and plugs for the numerous projects Kanye is dropping this summer. It was entertaining. A lot of noise. But then he dropped a casual endorsement of Candace Owens, who has been described as a conservative YouTube pundit and championed as the next Tomi Lahren.

Owens’ main claim to fame has been her attacks on Black Lives Matter, attacks that have made her a right wing favorite and guest of conspiracy lunatic Alex Jones.

Kanye’s endorsement did not go unnoticed, nor did it go over well with his fans. Folks on the right were pumped, though. Things just got weirder from there and suddenly Kanye’s visit with president-elect Donald Trump was brought back into the discussion. 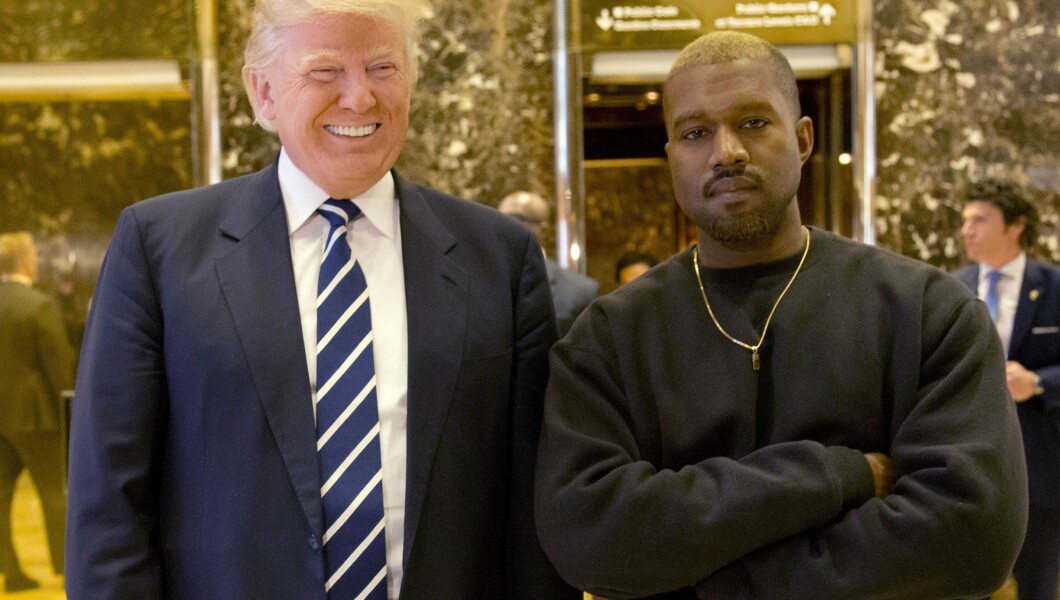 On Ebro in the Morning Monday, the Hot 97 morning show tackled the West drama, with the discussion being anchored by a conversation that Ebro himself had had that weekend with Kanye. Among the many revelations was Ebro sharing that Kanye made no secret about his love for the president.

The whole clip is worth watching, as Ebro recounts his super head-scratching conversation with Kanye and how Kanye was just looking for “an open conversation,” something Ebro said is happening, it just doesn’t involve him. They also talk about Kanye’s Trump Tower visit and Kanye’s inability to see that he was used by Trump and not listened to, as Kanye claimed.

If Kanye wants to like Trump, that’s fine. But he has to realize that for a lot of people, the struggle is real, and for him to minimize it or worse, try to jump in as the spokesperson of that struggle is bush league. It also reeks of him being opportunistic and looking to create buzz at the expense of others. I was on the fence about this until I watched the Ebro clip and then that really sealed the deal for him.

That’s the deal it sealed.

Will I still listen to Kanye’s music? Yeah probably. But I’m not sure how good I’ll feel about it or how loudly I’ll do it. Will I still care about his new album? Yeah, but it’s always been a morbid curiosity because Kanye is unreliable as an artist and who knows what the hell you are going to get from him.

All I can control right now is Giddy Up America and it’s relationship with Kanye.

And that relationship is on a break.