The ‘Westworld’ Q&A: ‘Journey Into Night’

Welcome friends to Westworld, an opportunity to get away from the arduous struggles of your daily life and indulge in some wild fantasy, letting your…HOLY SHIT THAT ROBOT IS SHOOTING AT ME! Yeah, Westworld, a vacation unlike any other.

Now as a television show, Westworld, isn’t out there re-inventing the wheel. The show has that familiar smell of Lost, combined with the dense plot-work of Game of Thrones. But in the current absence of both of those lovely television programs, Westworld stands alone as the biggest, most elaborate mind-eff on television. They’re robots, but robots with feelings and now they are robots with nasty, angry feelings and these sons of biscuits are armed with guns, knives and salty dispositions. There is a maze, but there isn’t a maze, but there is a maze, but it was you know, like in our hearts all along. Sprinkle in a handful of timelines, robots who don’t age, the allure of ninja robots and baby, you got yourself a heck of a head-scratching stew of TV goodness.

Throughout the show’s first season, I did weekly Westworld Q & As. I am by no means an expect on the show. The purpose of these posts weren’t necessarily to provide answers and clarity about each episode and all that came with it. The purpose of these posts were to possibly stumble upon at least a dollop of answers and/or clarity about at least a little bit of whatever was going on. I find that in times of confusion, sometimes the best approach to crawling out of that quagmire is to ramble off some questions to yourself and answer those questions. As my wife says sometimes, I’m not looking for you to answer. I’m just asking out a question out loud.

Season two kicked off Sunday with “Journey Into Night” and ladies and gentlemen, we got ourselves a robot rebellion. So loosen up that bow tie, kick off your boots and watch your six cowboy as we try and make sense of what went down in the season two premiere.

Yeah dude, multiple timelines again. Must have been awkward if you were the one writer in the one writer room who pitched the idea of a simpler second season, with only maybe two timelines. Person was probably laughed out of the room and took their sorry ass to network television. Get that money though.

Based on the first episode of season two alone, it looks like we have at least three timelines going on.

Timeline Number 1: takes place in the immediate aftermath of Ford’s death and the Dolores’ led massacre of the Delos’ board of directors. This timeline contains Dolores and Teddy out on a couples’ getaway, contemplating life, the logistics of a full-fledged rebellion and possibly hanging people. It’s like going to Bed, Bath & Beyond. Totally the same thing.

This timeline also features another couple making moves, albeit more frantic and fearful ones, as Bernard and Charlotte are looking to get to safety and not be murdered. Charlotte is trying to get the hell of there, but can’t until the package gets out. The package has shit in it that would make Facebook envious. For his part, Bernard is having a rough go of it, which could be attributed to him both shooting himself in the head and knowing that he might have stirred up some shit than can’t be un-stirred. He’s crashing and not in the way a human crashes after a long weekend, but in the way a computer does. Although to be fair, there are definitely similarities.

The Man in Black, aka Old William, is also in this timeline.

Timeline Number 2: takes place roughly two weeks after the massacre, with Delos folks now on the scene to try and clean things up.

Timeline Number 3: takes place whenever that conversation between Dolores and Bernard (or Arnold) that opened the episode was happening.

Okay, so will there be more?

Based on that this season on clip, yes. Young William is there, meaning we’ll get more flashbacks.

Where Does Maeve Fit in Here?

I think she’s in Timeline Number 1, but seeing how this is Westworld, there’s definitely the possibility that it all happened years ago.

But She Was With Bernard After He Shot Himself?

Right. So let’s go with Timeline Number 1 and move on.

Speaking of Maeve, Who Are We Supposed to be Rooting for on This Show?

Wow, speaking of a leading question. But yes, I think it’s Maeve. She’s running the classic hero arc. She’s escaping imprisonment, rescuing others and going after her daughter who was taken from here. Pretty textbook. Plus she’s awesome.

Dude I think Dolores might be the show’s big bad. I mean, come on. 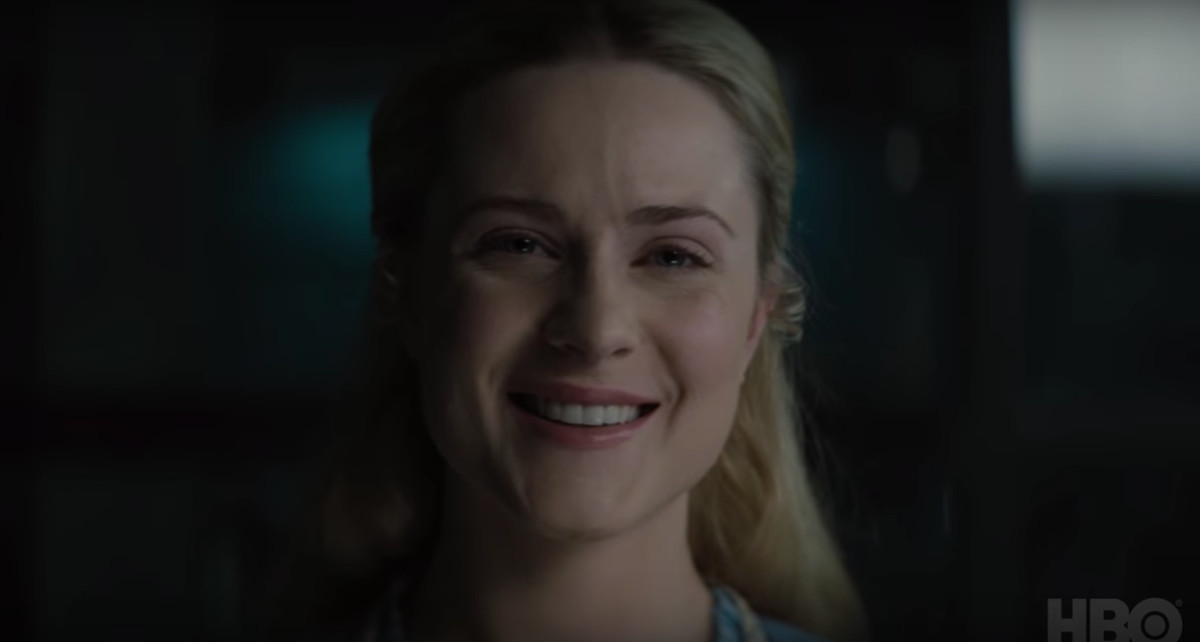 Where Do We Stand on the Man in Black?

Uh, kind of off to side, taking it all in and reserving any judgments for the time being. Dude is kind of nuts. Who gets shot and seems glad about it, as he was when it happened during the season one finale. Two people genuinely seem pumped about the robot rebellion: Dolores and the Man in Black. He’s definitely not the villain this season, as he was kind of set up to be last season. That could change, but I could see him going on some kind of what does it all mean journey, finding the answer and then maybe killing this dude…

…when all is said and done.

Okay, So How Do We Feel About That Dude?

Any Chance He’s the Villain?

Isn’t That the Woman from Get Out?

Oh but I think it is.

And you know what else? I think she’s going to be a player this season. She’s too big of an actress to just play the role of angry foot soldier.

It definitely looked that way towards the end of last season when we last saw him, being surrounded by Indians who paid no mind to his request to “cease all motor functions.” But then again, one of the rules with television is that if you don’t actually see the person die, then you have to at least assume that they aren’t dead.

So What Should We Expect From Him This Season?

I could see him siding with the robots and having a confrontation of sorts with uh…what’s his name again? Hold on. (Checks) Karl Strand. Yes. Stubbs could have a showdown of sorts with Karl. Of course, Stubbs never really seemed like he was a fan of robots last season, so he’d have to have undergone or would have to undergo quite the change in attitude for something like that to happen. Maybe, and I’m spit-balling here, maybe he did almost die at the hand of the Indians, but he was saved by a robot, Teddy maybe, and that act of kindness changed how he thought about the robots? It seems like a stretch, but so does Hector somehow surviving Maeve’s escape attempt last season.

Yup. When we last saw him he had reached the end of the road, left to play defense as Maeve made her escape. The odds were not in his favor when it came to him surviving, but there he was, lounging by the pool, taking in the sights and enjoying a drink.

Is the Train Theme the Best Music on Westworld?

Okay. See you next week.