We’ve also come to accept that when it comes to our favorite television shows, a season’s penultimate episode, the episode before the finale, will always be a doozy. Golden Age of Television shows set this plan in motion and Game of Thrones has all but perfected the art of sticking the landing as a season comes to a close. So when it came time to watch Westworld’s penultimate episode, Sunday night’s “The Well-Tempered Clavier,” we were conditioned to expect something big, if not a few big things, whether it was plot twists, reveals or character deaths. Of course Westworld has kind of been like nothing we’ve watched before, so would things be different for them? Sounds like a good lead in to our seventh Westworld Q&A.

Let’s start here, what the hell is going on?

I’m not even going to pretend to know.

I think it’s all in her head.

And we’re seeing her in multiple timelines?

Yes. Although it’s become increasingly harder to figure out where she is, especially in the latest episode where they kept changing her outfit. But I do think she’s doing some internal deep dives in her memory and the show is trying their best to take us along with that. I’m just not sure how successful they are in doing so. I think they might trying to be a little clever for their own good.

Man, if only there were a clip from It’s Always Sunny in Philadelphia that summed up trying to make sense of the Dolores plot, huh?

Moving on, so Bernard is essentially Robot Arnold?

Yes. Ford built him in Arnold’s image and as somewhat of a tribute to him. It seems like he also built a version of Arnold he could control, seeing as how Human Arnold and Ford butted heads and had differing opinions (not about Drake) about how human the robots should be. We saw what looked like one of those disagreements as Dolores was strolling down memory lane.

So mystery solved – we know who Arnold is.

Yes. And also we learned that Dolores killed him, most likely at the behest of Ford.

And now Bernard is “dead?”

Does the fact that he’s a robot cheapen that some? Cause you know, he’s not really dead.

On paper it does but I actually think the show had done a good job throughout the season building some sympathy for Bernard so that when he did kill himself, there was some sense of sadness to it. Sure it was fleeting, but I think there was a jolt when it happened.

Yeah, that whole scene and the fire and everything seemed kind of unnecessary.

Agreed. Can we take a minute to do a little who’s who? 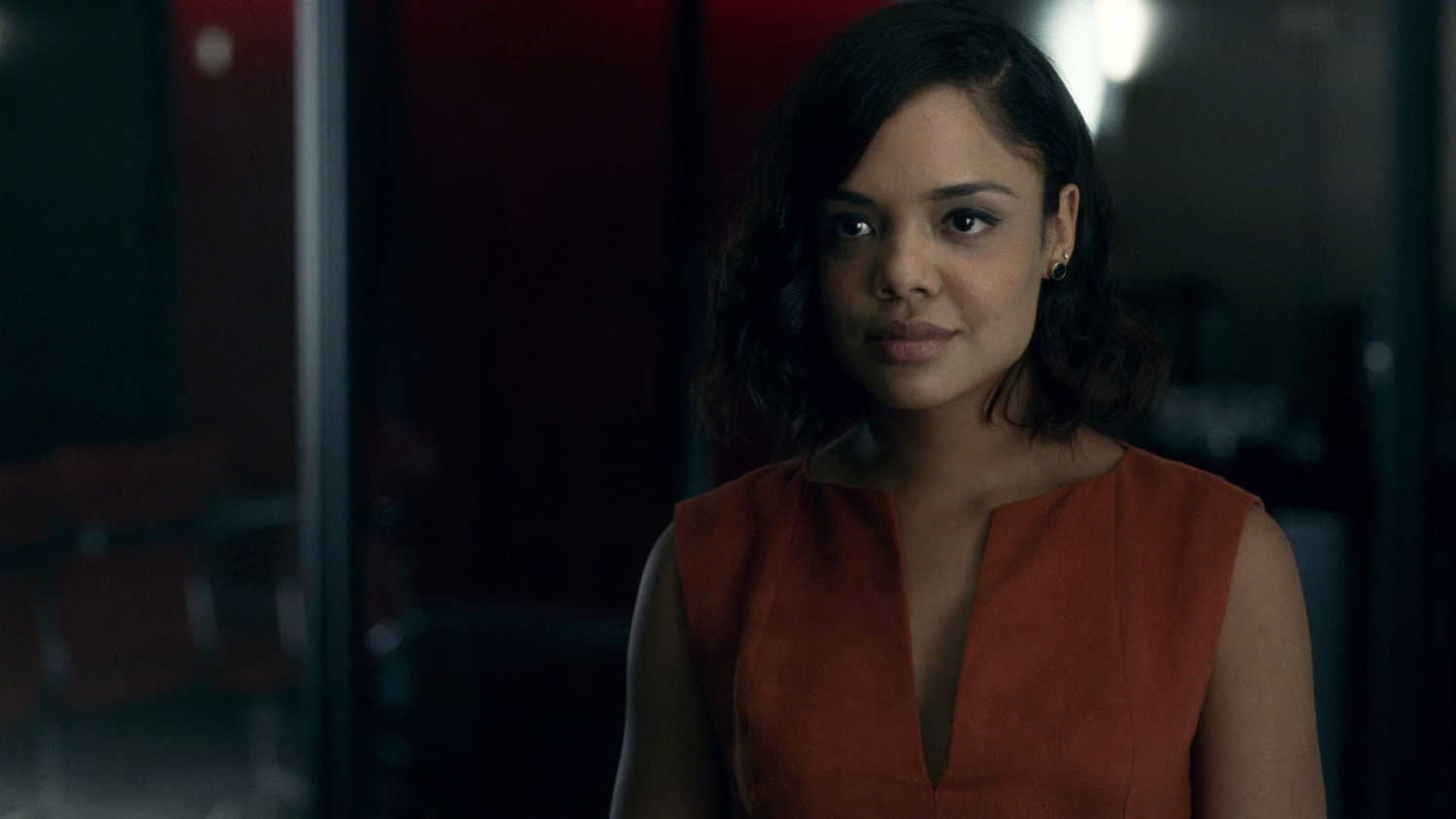 She represents the board of Delos, a board that is more interested in the technology Ford has developed than the park Ford developed.

Maybe a younger version of the Man in Black, depending on who you ask. But he’s engaged to Logan’s sister and enamored with Dolores to what we can safely say and agree is to an unhealthy degree.

William’s future brother in law whose family is either investing or looking to invest or straight up buy West World. He’s also kind of a douche, but in “The Well-Tempered Clavier” made sense when trying to put William’s fascination with Dolores into perspective.

Head of security and not a fan of robots.

The park’s outlaw, currently being recruited by Maeve to join her rebellion.

The park’s new outlaw, currently roaming the country side and Teddy’s memory-fueled backstory.

“This poor guy” my Darling Wife said when he appeared on screen.

Thanks. That’s helpful. How about some predictions for the finale?

We get some clarity on what’s going on with Dolores, an answer as to whether or not William is the Man in Black and the first major move by Maeve’s rebellion.

Still a fan of the show?

I’m a fan, but it’s not a fandom backed by unbridled enthusiasm. It’s more like I’m entertained by this show and optimistic based on the premise and ideas presented. But if they could nail the finale, it would really help.