‘Crimetown’ is the First Re-Listenable Podcast

Whether or not you want to re-watch something, either a television show or a movie, it doesn’t necessarily mean it’s good or bad. It just means it has something that pulls and tugs at that part of your brain that encourages you to go back and watch it again. One of my favorite television shows ever is Friday Night Lights but truth be told, I’m not aching to go back to West Texas and watch the series again. I have my reasons. They’re decent reasons. It’s mostly an emotional thing if I’m being honest. But then again, nothing runs rough shot with my emotions like The Wire, but I will gladly dive head first back into the show without the slightest tinge of doubt. The re-watchability of something isn’t all that scientific.

Up until 2014, podcasts had been largely one off affairs, mostly consisting of a couple of people batting around a slew of topics or someone interviewing someone else. You listed to them, you deleted them, you moved on with your life. Yet in 2014 that changed some with the release of Serial, pretty much the first podcast to replicate television’s style of rocking a season long narrative. The biggest change was that after listening to an episode, you didn’t move on nearly as quickly, mostly because if you did move on, you moved onto the next episode. You were in it from start to finish.

Yet upon finishing Serial, no one was itching to fire up the first episode again and re-listen to the season. The same could be said for the second season of Serial, the landslide of true-crime podcasts that followed or the spawn of Serial, S-Town, which debuted earlier this year. For all of the strides podcasts have made since that first season of Serial debuted, cracking the code of re-watchability, or re-listenability, has alluded the medium.

Crimetown, a serialized, true-crime podcast about the criminal history of Providence, Rhode Island debuted in late November of 2016, and the show’s first season wrapped up Sunday night and in doing so, became the first podcast worth going back and re-listening to from start to finish. Due in large part to the wide berth of the show, the size of the net it casts and the amount of ground it covers over 18 chapters, Crimetown is able to set itself apart from it’s true-crime brethren on the podcast circuit. There’s mobsters, hitmen, a famous graffiti artist, drug smugglers with pet wolves, a fiery former nun, lawyers & doctors for the mob, a dynamic mayor and then there’s the show’s main character, the city of Providence itself. There’s a lot to digest with Crimetown and by the time the season wraps up with the death of Providence’s legendary and longest tenured mayor Vincent “Buddy” Cianci, going all the way back to the season’s first chapter, when Cianci was an eager young prosecutor going after wiseguys, seems like an enticing proposition. 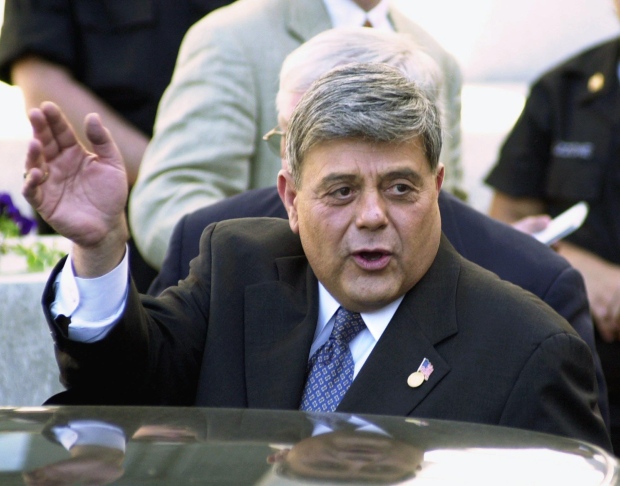 Again, the science of why we go back and return to things is far from an exact one. The reasons vary from person to person, show to show, movie to movie. We all have our reasons. For instance, I will always re-watch The Wire because the story hooks me in every time and I also catch something new every time. Episodes of It’s Always Sunny in Philadelphia, as well as episodes from the first five seasons of The Office, are easy to go back and watch again because they kind of only get funnier the more you watch them – kind of like Will Ferrell movies, with Step Brothers proving to be the most re-watchable. When it comes to Crimetown, why the show lends itself so perfectly to multiple listens really all comes down to one main factor: the length and scope of the show’s first season.

Eighteen episodes seems like a lot for one season of a podcast. Of course, the whole idea of a narrative-driven podcast is relatively new, so it’s not like there’s a lot to base this off of. In a year or two we could all be saying 18 episodes went by way too quickly. Who the hell knows? But if you’ve been with Crimetown since the beginning, nearly five months ago, you’re likely to have forgotten a lot of what transpired and was reported on in the early episodes. They throw a lot of names around and there’s a lot of chunky New England accents to keep track of –  you can’t be faulted for losing track. I know I did. Think about it – you most likely listened to those first few episodes in the beginning of December. Dude I don’t remember anything from February, let alone December. If you binged Crimetown, remembering stuff from earlier episodes probably isn’t as hard. But if you went week by week, going back to chapter one and listening to the podcast again is helpful.

That might be the best reason to go back and run through Crimetown again; to catch what you might have missed the first time and/or help yourself remember the finer points of things like the Bonded Vault Heist or the adventures of master thief Tony Fiore and and the Statey on his trail, Brian Andrews. By the time you finish chapter 18, the name Raymond Patriarca almost sounds like any other name, but it won’t after listening to chapter two, “The Wiseguys,” the story of how Jerry Tillinghast got mixed up in Patriarca’s crime family as an enforcer. It’s fun just going back and listening to Tillinghast again, where the f bombs roll off his tongue like chowder and reside in his sentences like frequently used commas.

I had never really thought of listening to a podcast for a second time until this morning, as I was listening to the last few minutes of chapter 18. This could be partly because a lot of the good post-Serial true-crime, narrative driven podcasts have been murder mysteries or something along those lines. Murder mysteries in general, regardless of the medium, don’t translate well in terms of re-watchability. Yes, it could be kind of entertaining to go back and listen to that one episode of Serial, about the dude who gets naked and masturbates in the woods where Hai-Min Lee was found, but would it be so enticing that you chose that over listening to something new? Probably not.

I’m going to keep season one of Crimetown around because I could find myself choosing to listen to that over something new. It’s like how I keep episodes of It’s Always Sunny stashed on the DVR – saving them for when the moment presented itself. Now I have a podcast in my back pocket for times when I need a break from politics or sports is a black hole or it’s just one of those times when the Que is coming up empty. It might be a game-changer.

Ultimately what is most exciting about Crimetown is that it’s not just a one and done project by it’s creators, Marc Smerling and Zac Stuart-Pontier, both of whom were involved in HBO’s excellent series The Jinx: The Life and Deaths of Robert Durst. We don’t have any information about season two, either a location or a release date, but as is the case with any kind of debut, you look for some chops and skill and the gauge potential based on the outcome. So based on the outcome of the first season of Crimetown, I’d say season two looks promising, regardless of where it takes place.

You can catch up on Crimetown HERE and learn more about the show HERE.