Home › Television › The Case for ‘The Good Place’

The Case for ‘The Good Place’

In the days following the 2016 Presidential election I was listening to the Watch podcast and an episode in which the hosts were talking about dealing with the election results. One of the show’s hosts, Andy Greenwald, said that in response to the election, he found himself deep-diving into The Good Place, a new sitcom on NBC created by Michael Schur. Greenwald talked about how the show’s tone and message had helped him immensely and also made him realize that The Good Place was one of the best surprises on television in 2016. That stuck with me. I like surprises, I like what Michael Schur has done, I like good places in general.

Long story short…actually, that wasn’t much of a long story, but whatever and either way, I gave the show a shot and am incredibly happy that I did. I’d put it right up there with Atlanta and Veep as top notch, upper level sitcoms and you know, it might have cracked a top 10 list of all shows. But I don’t want to get ahead of myself- the first season isn’t over yet. But come on, unless something drastic happens with the show, it’s going to go down as a winner.

But I don’t know anyone besides My Darling Wife that watches The Good Place. It’s a situation similar to the one I frequently found myself in during the first few seasons of The Americans, where I felt like a lone voice in the wild, urging anyone who would listen that they should watch the show. If that’s what I have to do now for The Good Place, then so be it. You should be watching The Good Place person reading this blog post and here, let me tell you a few reasons why. 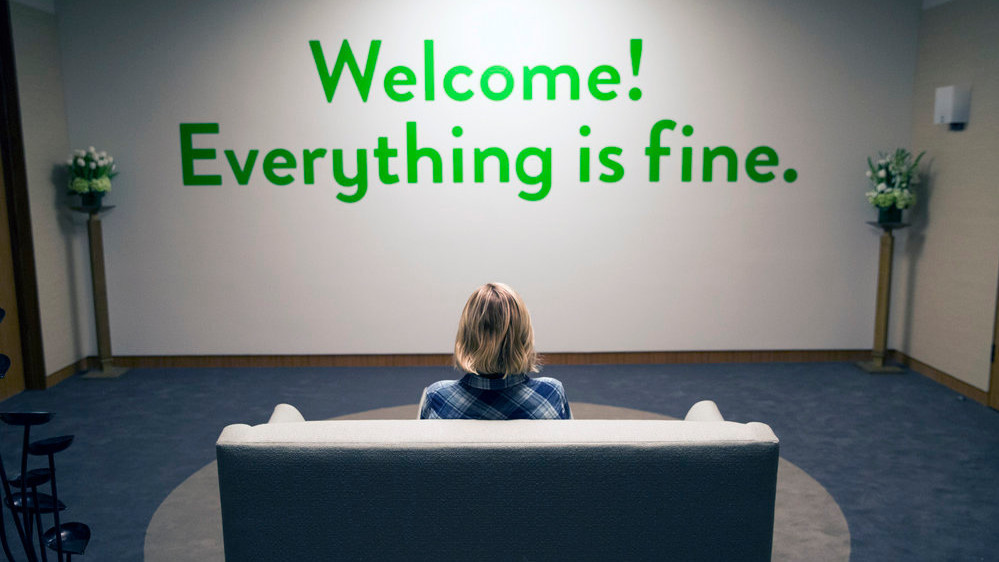 It really is. It goes back and forth between general laugh out louds and that warm sense of enjoyment casual humor can bring to a person. Funny is tough business and more often than not, stuff that’s supposed to be funny just isn’t. But The Good Place is genuinely funny.

Reason Number 2: The cast is great 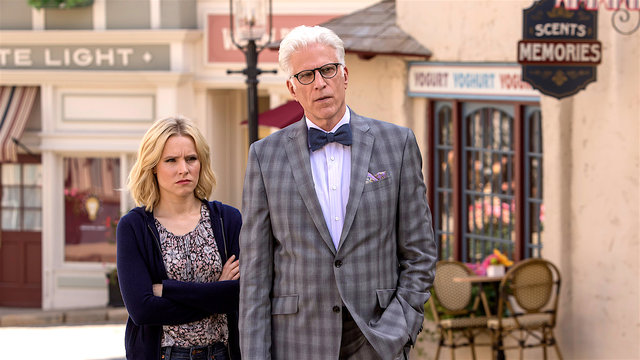 Led by Kristen Bell and Ted Danson, it’s a small, but well-assembled cast. It’s a short bench, but each player is tapped perfectly and what they bring to the table is used just to the right degree. Bell is great as the show’s lead, playing Eleanor, a woman who…well, stand by on this one.

And now, a few words about the show…

In the run up to the show’s premiere, Schur talked about consulting with the dudes from Lost about making a show with big ideas and an on-going narrative. He wanted to find a way to bring that to the sitcom format. The end result was The Good Place, a show that takes place in The Good Place, what is essentially a form of Heaven. This is not to be confused with The Bad Place, which you know, is Hell. Eleanor, recently killed by a tractor-trailer carrying erectile dysfunction products, ends up in The Good Place. The funny thing is is that Eleanor doesn’t belong in The Good Place and was sent there by accident. This then sets in motion a series of situations in which ethical decisions run rampant as Eleanor tries to keep her accidental placement a secret and then tries to better herself to prove to herself and her “soul mate” Chidi that she actually does belong there.

Reason Number 2: The cast is great

As Eleanor, Bell is a cross between some of Schur’s best characters – Leslie Knope, Michael Scott, Andy Dwyer, April Ludgate and Pam Halpert. She’s sweet, but with an edge, and as the season goes on, even more depth comes into play as we learn more about her past. We learn about everyone’s past via flashbacks and just like with Lost, they provide interesting insight into the character’s backstories and usually relate to current situations. Everyone in The Good Place is matched up with their soul mate, someone that is…wait for it…their soul mate. Eleanor is matched up with Chidi and they would definitely be soul mates if Eleanor actually belonged there. Chidi is ethical to the bone, he’s almost ethical to the point of it being a problem. Homeboy can’t make a decision, something that led to his untimely death. Chidi is tasked with coaching Eleanor up with the hope of saving her from being cast out to The Bad Place.

Ted Danson is the head honcho of The Good Place and the one who designed the whole place. Eleanor’s presence starts to throw everything off balance, even creating a sink hole in the middle of a restaurant, and it throws Danson’s Michael into a tornado of self-doubt as he attempts to figure out what is going wrong. Then there’s Tahani, Eleanor’s beautiful next door neighbor and her soulmate Jianyu, a silent monk with a secret. Yes, a secret. That’s all I’ll say about that. Rounding out the regulars is Janet, an all-knowing super computer and personal assistant for the Good Place.

Reason Number 3: It makes you think…in a good way

Yes, The Good Place is funny and it’ll make you laugh. But it’ll also make you think as each episode features at least one or two ethical and moral dilemmas that when you watch them, you can’t help but think about how you’ll handle it. Either it’s Eleanor doing something to simultaneously prevent her from getting the boot, but also keep The Good Place from falling apart or it’s Chidi trying to navigate the tricky ethics of Eleanor’s evolving situation and his role in it. New Girl is super funny, but you don’t come away from it with heavy thoughts in your head…not that there’s anything wrong with that! In fact, the existence of New Girl only enhances the enjoyment of The Good Place because we need a world where we have options and are able to pull different things out of similar mediums.

Reason Number 4: Just because we need funny things in our lives

Good, truly good sitcoms, are like my daughter agreeing to sit in her high chair on the first try, a flippin’ rarity. I for one write off a lot of sitcoms because I just don’t trust them. There’s been far more duds than winners. For every The Office or even New Girl, there’s a cavalcade of barnyard trash dressed up as humor, hiding behind stale premises and laugh tracks. I mean even New Girl hit a rough patch that threatened my fandom and appreciation of the show. These things are going to happen. So when something like The Good Place comes along we need to embrace it and run with it. We should consider ourselves lucky it even exists because it’s definitely a living, breathing thought experiment Schur is undertaking and thankfully he has our (and the network’s) trust that if anyone could pull something like a high brow, thought-provoking, running narrative sitcom off, it’s him.

The first season only has a few episodes left, with the show having recently returned from a mid-season break. You should be able to catch up via On Demand or some subscription service that might have it. I’m going to tell you straight up that it’s worth it. With most shows, I’d say that the rule is you have to give it at least two shows. You should give The Good Place three shows before you make a decision.

Although I’m of the opinion you only need one.