The 2nd Annual Oscars Q & A 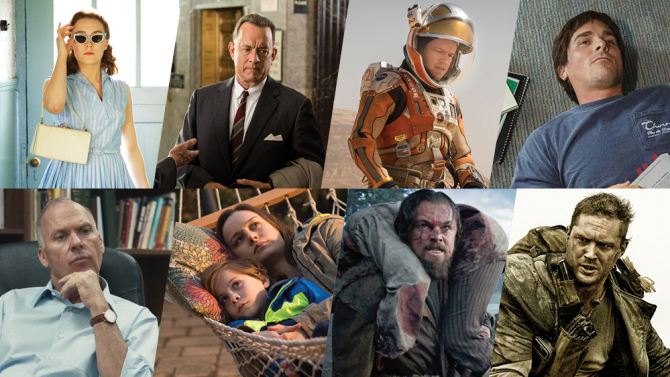 This Sunday night is Oscar night, a wonderfully heavy night of long speeches and overblown fawning over the magic of movies. No really, the Oscars loves to talk about how great movies are, how important than are, how effin’ magical they are. Dude, we all like movies. That’s why we’re watching the Oscars. Save it for the TV crowd.

Shit, I realized I lodged a similar complaint when I wrote about the Oscars last year.

And I’m already pre-annoyed by the “magic of movies” montage they’ll play halfway through the show. Why do the Oscars feel so compelled to massage their own Johnson rod every year? The magic of movies, the glory days of movies, the impact of movies. Every year they roll out some bullshit, why movies matter theme and montage. Give it up. People obviously dig movies because they’re watching a boring three hour award show about movies instead of something worthwhile like Downton Abbey or the Jinx (which is really effin’ good by the way.)

Sorry for repeating myself. Apparently I feel very strongly about this.

Yet going back to last year’s post on the Oscars I realized that I like previewing the Oscars via the Q & A format, as opposed to just making predictions. So let’s do it again!

Starting with Best Picture, how many have you seen?

Okay, well I’ve done some last-minute cramming because the new trend is that studios dump all their Oscar bait movies in the late fall, meaning that you either need to see them in theaters (damn near impossible even before the baby got in the mix) or find someone savvy enough to get the movies off the foreboding waters of the Dark Internet. I won’t say what I’ve done, but I have managed to see The Big Short, Bridge of Spies, Mad Max: Fury Road, The Martian, The Revenant and Spotlight. Of the two I haven’t seen, Room and Brooklyn, I’d say I’m closer to seeing Brooklyn than Room with all due apologies to Brie Larsen. Room just doesn’t seem like my jam.

Cool, so even though the point of this is to avoid making predictions, who do you think will win Best Picture?

Yeah, I don’t know. I think it’s probably between The Revenant and Spotlight, but I can’t decide which pony to pick to win the race.

Okay. Who do you want to win?

You know, going to go with Spotlight.

I kind of liked Spotlight better, although it’s only by a smidgen. I also feel like Leo is going to win Best Actor and the director of The Revenant will win, leaving an opening for Spotlight to sneak in and win Best Picture. It also might be the better movie too. It has more weight to it, which is something I think goes in it’s favor.

Should any of the actors nominated in Spotlight win anything?

I thought Rachel McAdams was great, but I don’t think she will or should win for Best Supporting Actress. For her, getting nominated is a win and also a nice recovery after the flaming dumpster fire that was True Detective, season 2. Mark Ruffalo could totally win in the Best Supporting Actor category, but I wouldn’t be shocked or all that upset if he didn’t. Mainly because I think Tom Hardy was really good and super evil in The Revenant.

Is the Actor in a Supporting Role category the toughest to call?

Definitely. Stallone seems like the favorite, but the Oscars has a tendency to buck favorites. You can make a compelling case for any of the dudes nominated, with Bale’s case for The Big Short being the weakest but that’s not saying much because he was still killer in that movie. Mark Rylance will get overlooked because Bridge of Spies is probably just considered Tom Hanks’ movie, but he was sneaky good in it. I don’t think he should win but my final stance on this category is that I won’t be surprised or upset by anything that happens.

But Idris Elba should be included, right?

Idris Elba should definitely be included! I think he had two things going against him. Beasts of No Nation was released on Netflix and that probably confused people and also, spoiler: Elba is not white, which seems to be a thing this year.

Yeah, I never see any of the movies that featured nominated actresses. I don’t know why that is, if it’s a me problem or a them problem. But it’s always the case. I have no idea who Charlotte Rampling is and what 45 Years is and I’m fairly certain I’m not the only one.

The director of The Revenant will win for Best Directing, right?

Any chance someone pulls off an upset?

Maybe the dude who did Spotlight, but I don’t see it. The Revenant is just like that dude’s last movie, Birdman– completely original and expertly crafted.

Props to Adam McKay, though.

Totally. He made a movie (The Big Short) that had no business not only work, but really good and super entertaining.

Totally. Coolest looking movie released last year. Also probably one of the most re-watchable movies in the Best Picture category.

Thoughts on some snubs?

You could make a case for Ryan Gosling in The Big Short or any of the fellas on Spotlights incredibly deep bench. Tom Hanks also easily could have grabbed that fifth spot in the Best Actor category instead of Bryan Cranston. And I still can’t believe Tarantino didn’t get nominated for the screenplay for The Hateful Eight.

What happens at a bizarro version of this year’s Oscars?