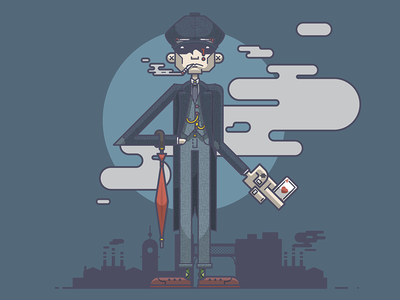 These British television shows know what they’re doing. We have to give them that. Boom, super short seasons. 3 episodes, 6 episodes, 8 episodes at most. In and out, leaving behind a puddle of drool and a basket of memories. Of course they are good, but in this dude’s humble opinion, the length of their seasons is the real selling point- especially when it comes to binge-watching.

You want to catch up on The Good Wife? You want to do it in a reckless, binge-watching blood bath? That’s awesome. Good for you. You should. It’s a great show. But hey, good luck. Averaging 22 episodes per season during their six season run, you’re looking at a hefty 272 episodes before you’re finally caught up. 272 episodes, each one at about fifty minutes. Don’t worry, I did the math for you. It’s 13,600 minutes. It’s roughly 227 hours. It’s a long effin’ time. I’m certainly not saying it’s not worth it. But I am certainly saying it’s a sizable time commitment, especially if you intend on remaining gainfully employed.

Now let’s look across the pond:

Looking at those numbers you have to admit it, that ain’t no thang whatsoever. You want to get on that Sherlock train (and you should?) Well guess what? You can do so in a weekend, a long weekend if you’re obligated to take the dog out for a few walks. Downton Abbey is really the only behemoth of the lot, but the length of their seasons is nothing compared to a network show here in America. And if it’s comparable to any stateside run, it’d be a shortened HBO season (i.e. the final season of Boardwalk Empire, which ran only eight episodes and surprise…seemed to work a lot better than previous seasons that clocked in at about 12 episodes a piece.) Yet despite it’s borderline Americanized season length, you can still easily cruise through a season of Downton in one sitting if so inclined. It’s just so juicy. And kind of amazing actually. You do realize that watching it we find ourselves sympathizing with largely unsympathetic characters right? You know, rich English aristocracy. Not exactly people normally prone to tugging at someone’s heart strings. But hey, on Downton Abbey they do and I love it and even if Bates did kill that dude, I’m cool with it and glad he did. 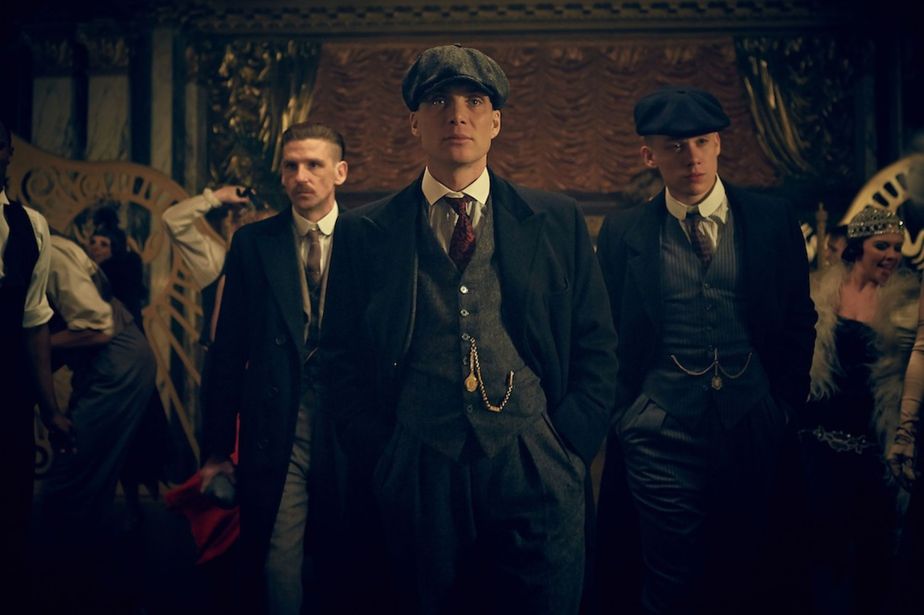 The latest British show to win me over is Peaky Blinders, which could win an award for Most Misleading Show Title Ever. It sounds like a show about eavesdroppers, noisy little turds consumed with…wait for it…peaking through their blinders, like blinds, on a window and this would in a sense, make them peaky blinders.

However, Peaky Blinders IS NOT about a community of eavesdroppers. Save that for the American remake five years or so from now. Peaky Blinders is a show about a gang called the Peaky Blinders, or more specifically THE PEAKY FUCKIN’ BLINDERS (said in a loud, snarling British accent.) The Blinders ran amok in Birmingham, England from the late 1800’s to the early 1900’s. The gang name came from the fact that the Blinders sewed razor blades into the brims of their news boy hats and when they got into a scuffle, they’d slice at their opponent with the hat, blinding them with what? Their hat, called a peak. So their peak blinded you- hence the Peaky Blinders.

To reiterate- not eavesdroppers.

The first two seasons of the show are available on Netflix. The third is currently in production, which for My Darling Wife and I is a bummer because we binge-watched the ish out of the show in the week that sits between Christmas and New Year’s and are aching for some more PEAKY FUCKIN’ BLINDERS! But still, good news because the show is great and more of the show is great and while waiting for a new season, especially after effortlessly plowing through the first two, is not so great- I’ll take it. Beggars can’t be choosers.

Peaky Blinders takes place in Birmingham in the years following World War I. Birmingham was one of the biggest industrial cities in the world at the time and was flooded with a mix of disgruntled Irish workers and war-torn vets recently home from France, where they were lucky to climb out of the trenches alive. The Blinders are governed by the Shelby family, mainly middle brother Tommy, played by Cillian Murphy (Dr. Crane/Scarecrow from Batman Begins.) There is an older brother, Arthur, who is a cranked-up nut job, and a younger brother John, who seems like a prime candidate for a face turn somewhere down the line. While the boys were at war, the Blinders were run by the boys Aunt Polly, who comes from a long line as hard as nails matriarchs that includes Mama Fratelli from The Goonies, among others.

Each six episode season has plenty is packed in there- Gypsies, the IRA, fixing horse races, star-crossed lovers, a double agent, occasionally hard to understand accents, Tom Hardy, simply sick cinematography, melodic outbursts of violence, tense family dynamics and totes of opium to help a man get some much needed shut eye. And while yes, it hits some of those familiar mafia movie/crime family beats, Peaky Blinders dodges cliches for the most part. It’s deeper and more emotionally invested than say, Boardwalk Empire, another show taking place around the same time, thousands of miles away. Tommy Shelby and Nucky Thompson are comparable, gangsters and bosses cut from the same cloth- but Murphy makes Shelby significantly more interesting than Steve Buscemi made Thompson, all while dancing to a similar tune. Not sure I can even put finger on why this is, I can only say that it is. Either way, both are warnings that maybe being in charge isn’t the best place to be- heavy is the head that wears the crown kind of thing.

I don’t want to spoil anything because except for buddy Chris in Philly, I’m fairly certain most people haven’t seen the show. But hey, props to Chris for recommending it.

And I recommend it to you. Paying it forward like that. And I do so with a clear conscience because I’m not unloading a Brinks truck of television on you. Just twelve episodes. That’s it. Two a night and you’re done in a week. That’s it. And you’ll be inclined to plow through them all in such a fashion because they are addicting. The episodes have a rhythm to them that carries over from episode to episode- similar to how Breaking Bad did. The episodes play like a well-constructed album, with each episode fading into the next seamlessly. Maybe take five after you wrap season one, but skip the breaks once you’re in the weeds of a season. The binge dump style Netflix has employed so far when it comes to the release of their original programming is definitely interesting. And while I don’t think it works so much in regards to building a wave of excitement for a show like the traditional model does, it definitely benefits a show like Peaky Blinders. True Detective would have gotten lost if it was released by Netflix, but Peaky Blinders shines.

And again, not about eavesdroppers.