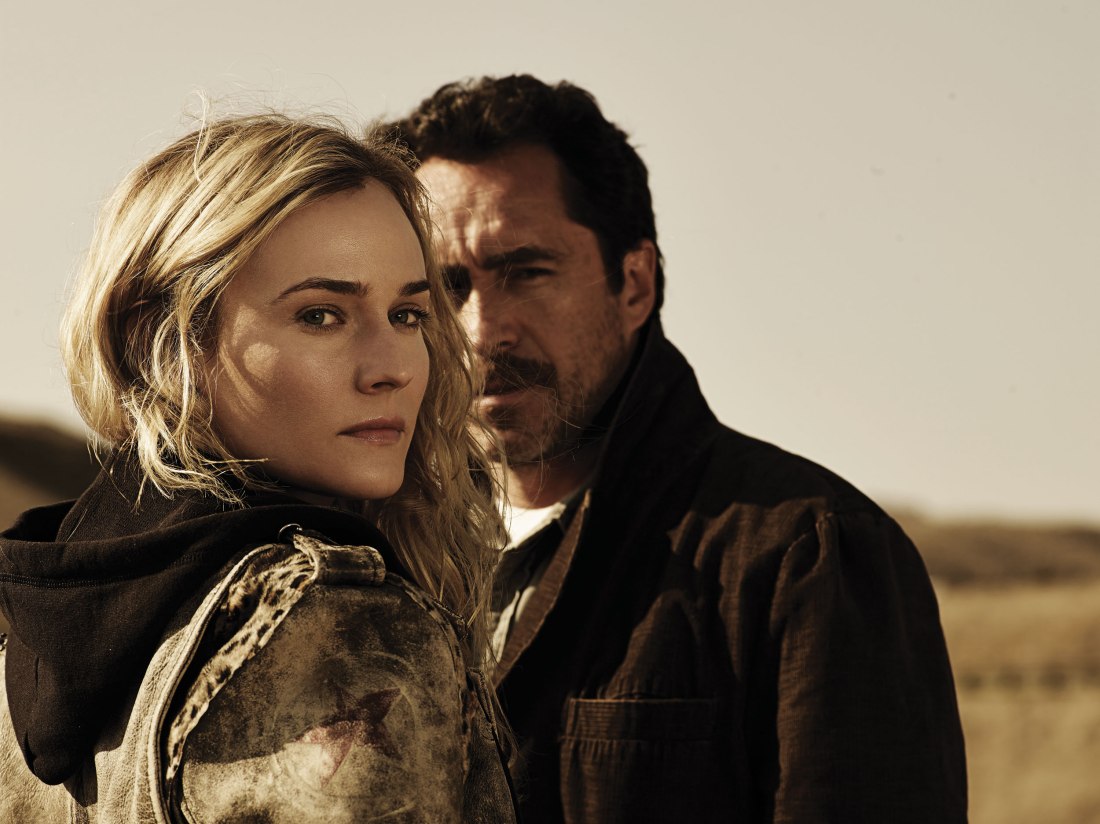 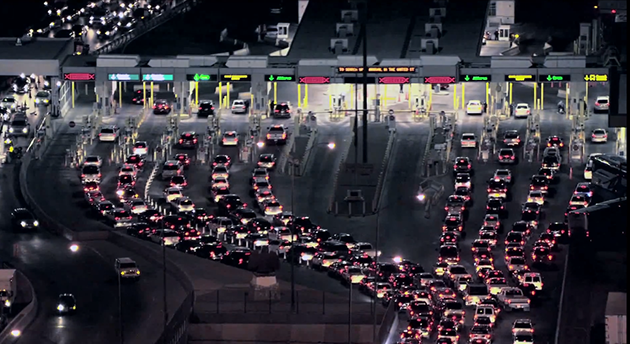 One minute you’re reading about the premier of a new show on Netflix starring Coach Taylor and the next minute the following headline catches your eye: The Bridge Cancelled at FX.

Well…that’s kind of a bummer.

Unfortunately not much a surprise, though.

Without taking a formal poll, I would guess that My Darling Wife and I were two of maybe five, six people tops, who watched the show here in New Jersey. The buzz about the show was non-existent. It’s as if the show itself was non-existent. Which now sadly, it is.

The Bridge premiered in the summer of 2013 and it was good early on, telling the story about two cops, one American & one Mexican, trying to solve a case that involved a body cut in half on the border of Mexico and the States. But it also hinted at a broader story- the story of the people of the two border towns involved, Juarez, Mexico and El Paso, Texas. There were crooked law men, sadistic drug dealers, mumbling coyotes, cowboys, drug tunnels, a mimbo named Ray and more. I had listened to one podcast about the show that said that the show’s creators were modeling The Bridge after The Wire. This got me to watch and got me to understand, at least initially, where the show was heading.

But then the show veered wildly and recklessly off course with a tired plot line about a revenge-fueled serial killer that nearly swallowed up the entire show and any good will it had generated in it’s first few weeks. The Bridge went from fresh & original to tired & played out. It was disappointing. The season finale of season one sat on our DVR for an entire year before we watched it. Like a jilted lover or fantasy football owner of Reggie Bush, I felt betrayed and let down. At a certain point, when disappointment hits, you want to walk away and try and forget the lows, relish the highs instead, which is what I kind of wanted to do with The Bridge. The first few episodes were good, the last few not so good. If I never finished season one, I could pretend the back half of the season never happened.

I am not a quitter, though and with season two about to start, we voted and in the end, after minimal debate (because it was summer and there really wasn’t anything else on) decided to give the show another chance. We watched the season one finale and it was okay. It was okay enough that the vote to give The Bridge another shot still stood. And for the most part, it was a decision we didn’t regret. Season two was good, much better than season one. That first season had been schizophrenic- split like the body on the bridge between Serial Killer Bridge and Weird Bridge. Season two kicked Serial Killer Bridge to the curb and instead, wisely chose to focus on Weird Bridge, which was a significantly better television show.

Sometimes an eff up is too big of a blunder to come back from and that is what seems to have been the case with The Bridge. They sold their soul with the shitty serial killer plot of season one and it was too hard to come back from. I can totally understand why people less charitable and forgiving that My Darling Wife and I would have turned their back on The Bridge. There is so much good television out there now, why waste time with something that showed potential, only to crap all over that potential before the paint had even dried? Even if there isn’t anything new out there to watch, a deep dive into Netflix country could produce something worth checking out. Options and bad decisions doomed The Bridge. They have only themselves to blame.

This is me shaking my head in disapproval.

I would however like to thank The Bridge for being good to really good at times, though. I would also like to encourage another network to claim the show and pick it up from the scrap heap because it was a promising show and set in fertile location. With some tweaking it could really be something special, something that sticks with people, something that lives longer than two seasons.

In the meantime, let’s pour one out for The Bridge. They earned it.