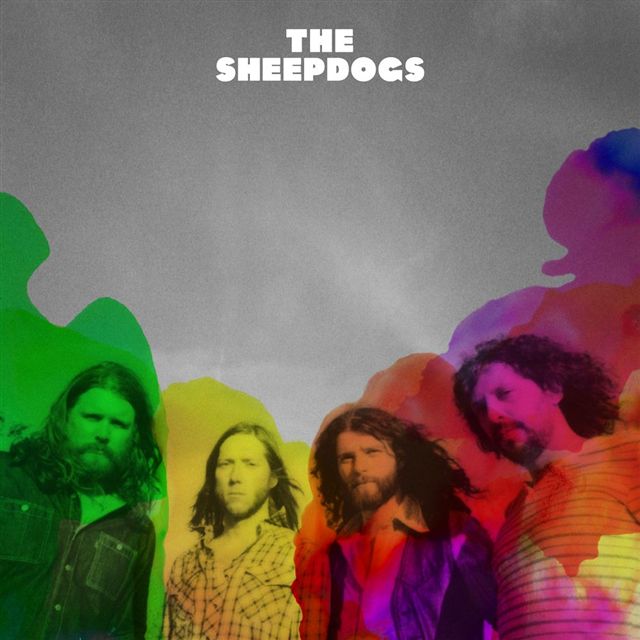 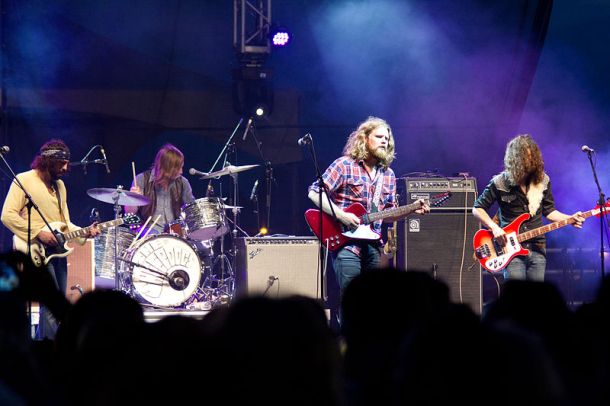 I’m talking about the Sheepdogs- a band, a band from Canada, a band that sounds American. Really didn’t see that one coming. Life really is full of surprises I guess.

Thanks to a Spotify recommendation, based on my frequent playing of Essential Tremors by J. Roddy Walston & the Business, I checked out the Sheepdogs. Their name sounded vaguely familiar. Couldn’t place it, though. Quick little Google search and I was able to figure out why- Rolling Stone, specifically the cover. They were the first unsigned band to ever appear on the cover of the magazine, making it there thanks to a contest. Heavily bearded, Canadian, Rolling Stone cover dudes. Color me intrigued.

I’ve been listening to their self-titled album, released in 2012, for a few days now. They are no longer unsigned, having signed with Atlantic Records and have friends in high places, specifically Black Keys’ drummer Patrick Carney, who co-produced the album, which was recorded in Nashville. Nashville, Tennessee, which is in America. So take that Canada!

As for what the Sheepdogs sound like, imagine a sound that is a devilish mixture of Black Keys’ guitars, rusty & thumping percussion and road house vocals with hovering influences of My Morning Jacket, Fleet Foxes, the Band and the long-haired version of Kings of Leon. It’s rootsy, garage rock from the wilds and mystery of the small Canadian town of Saskatoon, SK. SK? Lazy American. SK stands for Saskatchewan, which is one the Canadian providences – one of those mammoth-sized joints in the middle, in between Ontario and British Columbia.

This album of the Sheepdogs, the one called The Sheepdogs, is a solid album- solid in the best, rock ‘n roll way possible. There is nothing disruptive, combative or abrasive about it. It’s full of harmonies and down home cooking, which I’m assuming they’d even have in Canada. Some Black Keys leakage is expected with the presence of Carney, the second track, “Feeling Good,” is a prime example, but it’s not overbearing or distracting. It’s just there and it’s not a bad thing.”All Right Ok” is more rootsy rock, “The Way It Is” is more stomping rock. “Javelina!” has that distinct Allman Brothers’ smell, with the whirling, dueling guitars riding over a great, mystical rhythm. Other good tunes on the album are “Ewan’s Blues,” “Laid Back,” and “How Late, How Long,” which originally appeared on the band’s 2011 EP, Five Easy Pieces. That EP sounds a lot more rough around the edges than the self-titled jawn, but such is the natural evolution of a band on the rise.

Are the Sheepdogs a band on the rise?

But they’re definitely a band to check out.