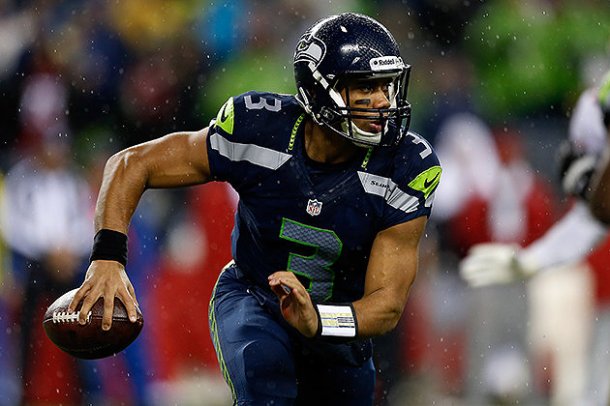 The 2013-2014 NFL season kicks off tomorrow as team’s begin training camps across this great nation.

It’s the NFL baby…where take a picture and enjoy it while it lasts happens!

When talking about the NFL, I’ve come to the conclusion that it all comes down to what and who you believe in. It’s not what you know, want to know, what you hear or see or read about. It’s all about what you believe; what you feel. Last year, as the playoffs went on, I truly believed that Joe Flacco couldn’t be stopped. This belief turned out to be true as Flacco and the Baltimore Ravens beat the 49ers in one of the weirdest Super Bowls ever. I also believed the Seahawks were for real, both Harbaugh brothers were amazing coaches and the Falcons were paper champions.

It’s simple really. Take thought and emotion out of it and you’ll have a better understanding, a better grasp on what may or may not happen in the NFL.

So it’s with that rationale guiding me I thought I would look ahead at this season. All 32 teams can be put into one or two categories: teams I believe in and teams I don’t believe in. Reasons may vary, but end results won’t. I either believe in you or I don’t. It’s as simple as that.

AFC TEAMS I BELIEVE IN

Yes, I’m a homer with this one and it’s probably not the best team to start with. But you know, get your own blog if you want to start with someone else. Fandom, the loss of Wes Welker and the incarceration of Aaron Hernandez aside, I still believe in the Patriots. As long as they have Tom Brady and Bill Belichick, I’m on board. I’ll also be the first one to admit that my belief in the Pats wavers once the playoffs come around because recent years have proven that it’s not their strongest time of year- which is unfortunate because it kind of, sort of has to be. Will the Pats win the Super Bowl this year? I’d give it dead even odds. But do I think they’ll be in the mix come January? Without a doubt.

I do not care for the Steelers but as stated previously, this is not about emotion. This is about what I believe and with the Steelers, it’s about what or who I believe in. I believe in Mike Tomlin, I believe in his inability to blink and I believe that Ben Roethlisberger is incapable of being tackled, but also incapable of playing a game without throwing at least one interception. I think a lot of what determines success in the NFL is stability and there are only a few teams out there more stable than the Steelers.

Because I believe in Andrew Luck. And I also believe their division (AFC South) is terrible.

AFC TEAMS I DON’T BELIEVE IN

Couple factors here: they lost too many good players that were keys parts of their team and I think Mr. Flacco is going to come crashing back to Earth this year. Here’s my thing with Flacco- if the main debate surrounding a player is whether or not said player is or isn’t elite, than said player isn’t elite. Joe Flacco had a great run during the playoffs but was also God awful at times during the regular season. I think the real Flacco lies somewhere in between.

Show me something, Cincy. Show me anything and then we’ll talk.

Injuries popped their balloon last year but also exposed them as a top heavy team with little depth. A NFL team without depth is like ice cream without a cone or bowl- it’s pointless. And my feelings about Texans’ quarterback Matt Schaub? See Flacco, Joe.

Biggest off season story line for the Jags this year? It was about their decision to play the NFL Red Zone in their stadium during games. Let’s just move this team to LA and get on with our lives.

If Jake Locker were a movie character, he’d be a can’t miss action star in Peter Berg’s next movie.

Well if we’re talking about stuff I believe in, here’s something else I believe- I believe the Dolphins will finish second in the AFC East but won’t make the playoffs. Enjoy Mike Wallace, though.

Well if we’re talking about stuff I believe in, here’s something else I believe- I believe Thurman Thomas was my favorite player in middle school.

This will sum up this year for the Jets too…

The clock is ticking Andy Reid. It’s only a matter of time before Kansas City fans feel the way Eagles’ fans do about you. But hey, enjoy the good eats, though. That way it won’t be a total loss.

NFC TEAMS I BELIEVE IN

When I first started kicking around this idea, I waffled on whether or not I believed in the Packers or not. It seems like they lost some good players this year and their defense was terrible last year. But Aaron Rogers is still their quarterback and defense doesn’t matter in the NFL anymore. So bottom line- I still believe in them.

I believe grudges are a serious thing and the Saints will be playing with a massive grudge this year after Roger Goodell torpedoed last season for them. They’re going be playing in full on Eff You Mode, a mode made famous by the 2007 Patriots who despite the outcome, finished the season 18-1. Plus this is New Orleans we’re talking about. There’s more than a good chance voodoo or some other kind of crazy shit will be involved with all of this and by January, Roger Goodell will be wondering why so many inanimate objects are rising up and hitting him in the face and why he keeps feeling pin pricks all over his body.

As long as Eli Manning is involved, the Giants have a chance.

If I were a Redskins’ fan, I’d be A) scared to death of a possible career-ending injury for RGIII anytime he ventures outside the pocket and B) kind of ashamed because I route for a team whose name is racist. But I’m not a Redskins’ fan so I can care-freely enjoy the wildness of RGIII- take all of the good, none of the bad. The Redskins won’t win the division, but could easily be a Wild Card team.

The 49ers are in dangerous territory. They are a team busting at the seams with talent, but whose ultimate success hinges almost solely on young Colin Kapernick. If he does anything worst than he did last season, they’re in trouble. I don’t see that happening, though, largely because I very strongly believe that 49ers’ coach Jim Harbaugh is one of the best in the league. With the 49ers, it’s just like with the Steelers- stability will be huge for them. They have a lot of veterans on their team and after two seasons that ended in either in the NFC Championship Game or the Super Bowl, they’re going to be itching to get over the hump. Which I believe they almost will…again.

I believe in the Seahawks more than I believe in any other team. Why? Russell Wilson. People talk about the Gang of Four: Wilson, RGIII, Kapernick and Andrew Luck a lot, but I kind of feel like it’s the Gang of Three and then Luck. Andrew Luck is just playing a different game than those other dudes. So with that being the case and if it is a Gang of Three, I believe the clear number 1 is Wilson. He’ll succeed faster than the others; faster than Luck. I didn’t truly believe in Wilson until I saw it with my own eyes last year. Once I saw a Seahawks’ game, I became a believer. Throw in a defense that plays faster than everyone except for the 49ers and add Percy Harvin to the mix and you have a real legitimate Super Bowl contender.

NFC TEAMS I DON’T BELIEVE IN

First off, I want to thank Lions’ quarterback Matthew Stafford for sinking my fantasy football season last year. No really, thanks. I appreciate your inconsistency and lack of awesomeness. I’ll most likely be stuck with Stafford again this year so for my sake (and the sake of Detroit) I hope he turns it around and starts to fulfill the promise he came with when he was drafted. It should be noted that even if Stafford does turn it around, I still don’t believe in the Lions- not as long as Jim Schwartz is coach. Some got it, some don’t. Schwartz don’t.

Not unless cloning Adrian Peterson is a viable option.

Can we just combine the Panthers and the Jaguars, then move them to LA?

I mean, I believe that on paper the Falcons look good…

Ooooohh I want to believe in the Bucs. I really do. I like Josh Freeman and I think Greg Schiano is a great coach. They have to be the number 1 go one way or the other, no in between team this year- meaning that they’ll either be great or terrible.

Yeah sure, I believe in the Cowboys…

No I don’t. I don’t believe in the Cowboys. If anything, I believe Tony Romo will continue to ruin people’s fantasy football teams and increase Texans dependency on high school football.

Seattle Seahawks over the Denver Broncos

But with that being said…