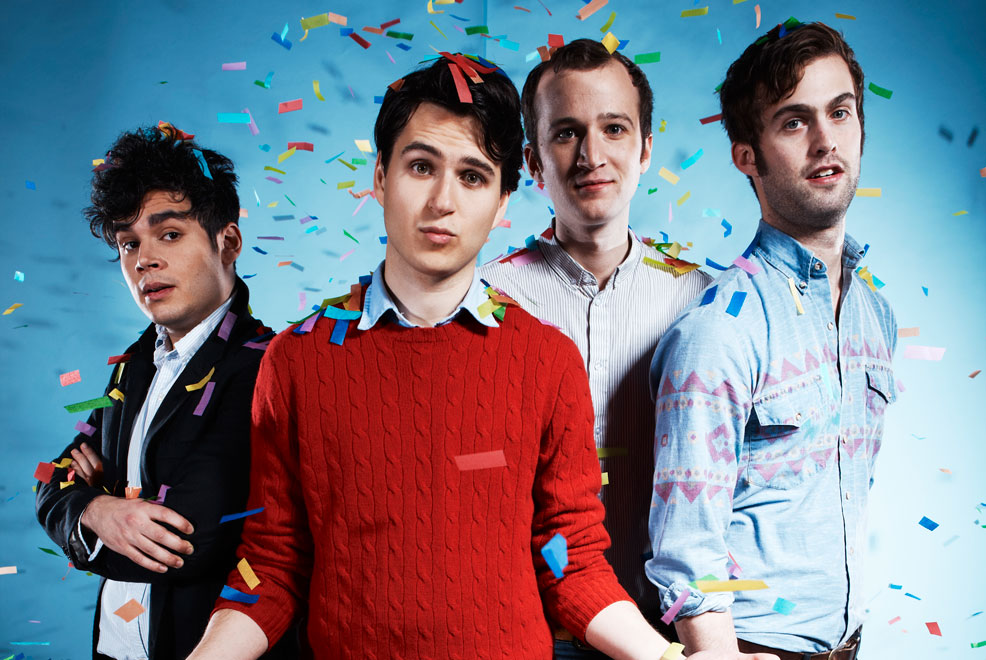 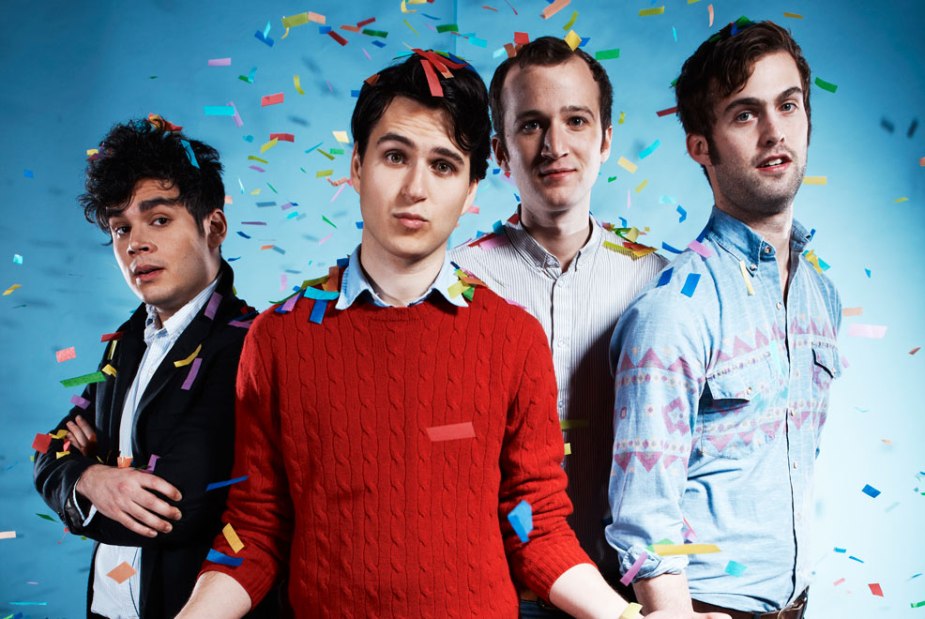 It’s been a little over two weeks since the release of Modern Vampires of the City, the new album by Vampire Weekend. It was one of Giddy Up America’s most anticipated albums of 2013 and I couldn’t wait to hear it. Nearly every review of the album was praising it, calling it a big step up for the band. The band’s first two albums, Vampire Weekend and Contra were incredibly fun and wildly enjoyable albums. I had to expect the same for Modern Vampires.

Is this thing on?

Having known what I was expecting, I have since listened to the album and now I know how I feel about the album- unimpressed. Yes, I feel unimpressed about the new album. It almost hurts to say it. But so does the sunburn I got yesterday and hurt is a part of life.

Here are twenty more things I feel about Modern Vampires of the City besides feeling unimpressed.

1. I feel bummed out. Maybe I had built up expectations that were too lofty?
2. I feel bad for drummer Chris Tomson. That dude is a beast but on Modern Vampires he is too often relegated to quarter notes on the bass drum. Not fair. Give the drummer some!
3. I feel that “Step” is a great song and the kind of “mellow” song I have come to love from the band. Unfortunately on this album, it’s one of the more upbeat songs.
4. I feel love for Martha’s Vineyard, where parts of the album was written and recorded.
5. I feel I agree with my wife when she says I like the fast songs more and they don’t really have anything like that. They’re known for their fast songs and that’s what you get excited about. But they don’t really have anything like that.
6. I feel less excited about seeing the band live now because the majority of the songs on Modern Vampires don’t seem like songs that would translate well to a live show.
7. I feel empty because a lot of the songs feel empty. I’m totally cool with simplicity, but it just seems like there’s a lot of air in some of the songs; songs made up of quarter notes on the bass drum and sparse guitar lines.
8. I feel like it’s a mature album from a band I don’t necessarily want to mature yet.
9. I feel a little mislead by all of the rave reviews Modern Vampires of the City got. I mean, if we can’t trust our rock critics and the I.R.S., then who is left to trust in the world?
10. I feel more appreciation for the first two albums, especially Contra.
11. I feel I’ll ultimately listen to Contra a lot more than Modern Vampires.
12. I feel like my luke warm feelings about Modern Vampires haven’t dampened my feelings about the band, which is reassuring.
13. I feel like it’s still a good summer album. Just for a different kind of summer than the summer that would fit Vampire Weekend or Contra. Modern Vampires is for more of a summer of chilling on a wrap-around porch, sipping Vodka and Cranberry Juice.
14. I feel that the album cover is super cool.
15. I feel I would be more concerned about the band’s future if the next album sounds more like Modern Vampires than anything prior to that.
16. I feel Ezra Koenig’s voice is soothing like lemonade is or wool socks are.
17. I feel like Vampire Weekend still sounds like a band comprised of Paul Simon’s nephews. This is a good thing.
18. I feel like I wouldn’t rely on Modern Vampires to keep me awake if I was driving.
19. I feel like Modern Vampires might grow on me, kind of like how Hummingbird, the new Local Natives’ album has. When Hummingbird first came out I wasn’t that big of a fan and thought it wasn’t as good of an album as Gorilla Manor was. Now? I’ve totally reversed course and think Hummingbird is totally a step up from Gorilla Manor.
20. I feel I’m still a fan of Vampire Weekend, would still recommend them to someone who hadn’t heard of them and would still choose them over most of the other bands out there today.

Overall: the album is still worth checking out, just expect a different feel that their first two albums.