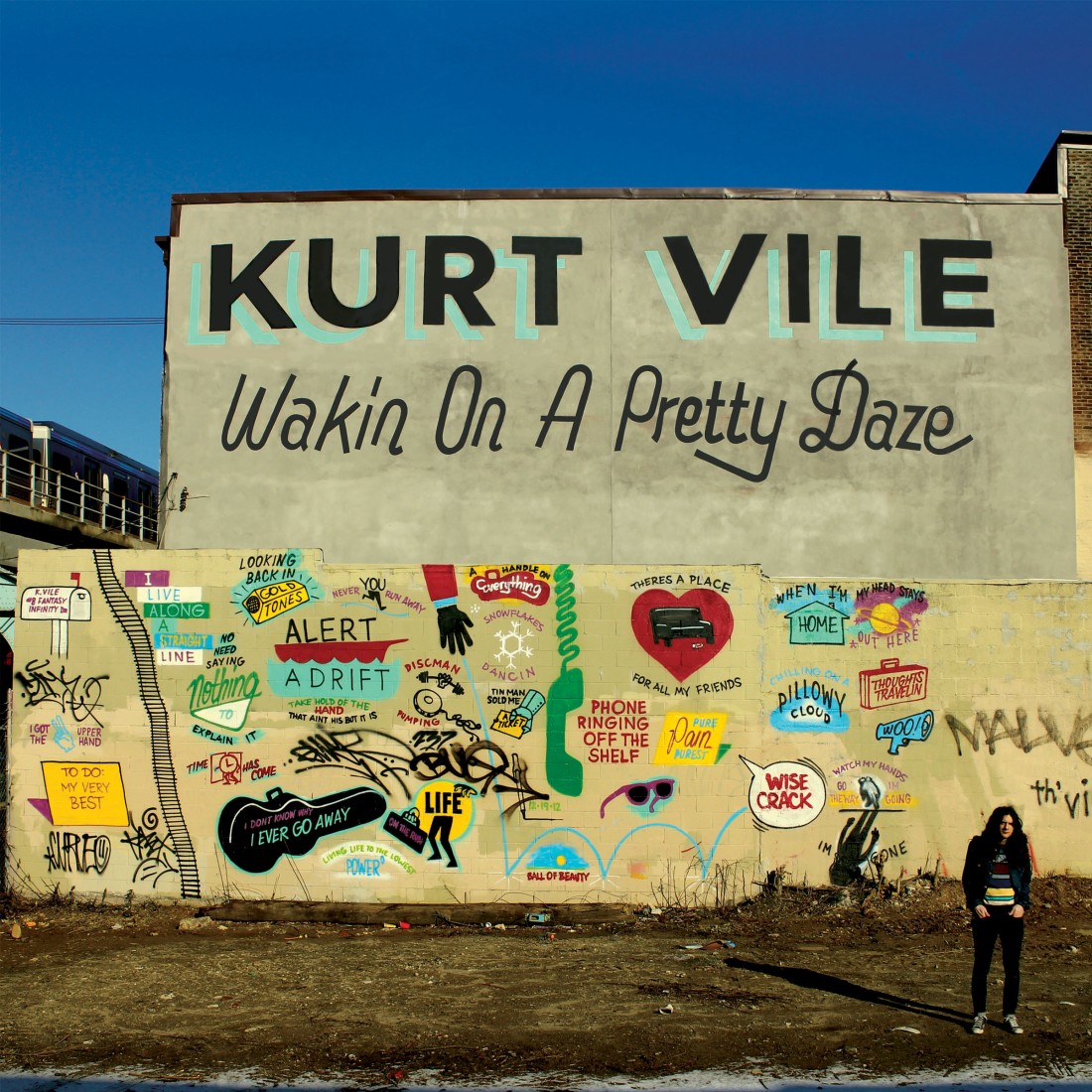 I want to learn more about this Kurt Vile dude. I can’t stop listening to his new album, Wakin on a Pretty Daze. It’s time to do some research.

With that settled, here’s some background.

It started when IT took Spotify away from us. Snatched it away. Had it one day, lost it the next. Certainly not the worst thing in the world (that’s obviously when you run out of milk halfway through pouring it into a bowl of cereal) – more annoying than anything else. I was urged by a friend to try Rdio– similar to Spotify, but more of a website and not nearly as sleek looking. Got the job done, though. And like with everything else in the world now (including Spotify) there is a social component to Rdio. More friends! Following! Being followed- much safer than being followed in real life, which is nine times out of ten a bad thing. One time I was mistakenly called out for following someone. It was not a good feeling.

But that was real life and this is about Rdio.

Checking out a friend’s collection on Rdio seems easier than Spotify. This may not be true or what someone else might think, but I’m a simple dude and I appreciate the simplicity of Rdio. While kicking around Rdio and checking out friend’s collections, as well as the collections of Rolling Stone, NPR, Questlove and a few others, I kept seeing Kurt Vile’s album Wakin on a Pretty Daze. I saw it as much as Daft Punk’s new album, Kendrick Lamar and most recently, the new Vampire Weekend album.

I saw it enough to decide that I should check it out for myself. Not peer pressure, sir.

Wakin on a Pretty Daze

The album is Vile’s fifth and was released this past April on Matador Records, which I think might be the Offspring’s label. But don’t hold to me that. Might be Rancid’s too.

The sound in question is 1970’s laid back guitar rock. It’s too much in the desert for it to be considered spacey at all. It’s very grounded. The music is thick, but oh so smooth. Is Vile’s voice good? Not really, but that isn’t a problem. He has one of those good bad voices. Like Tom Petty.

So, what’s up with Vile and the War on Drugs?

In 2003, after staying in Boston for two years, Vile moved to back to his hometown of Philadelphia, and began collaborating with musician and songwriter Adam Granduciel. The duo subsequently formed the indie rock band The War on Drugs in 2005. Regarding his friendship with Granduciel, Vile noted, “We’re essentially best friends. He was backing me up in my band when he started working on his own music, so I thought I’d return the favor.”Granduciel and Vile released their debut studio album, Wagonwheel Blues, in 2008 and embarked on a tour in support of its release.

At this time, Vile’s debut solo album, Constant Hitmaker (2008), was released on Gulcher Records. Vile subsequently decided to leave The War on Drugs to concentrate on his solo career. In 2009, Vile noted, “The War On Drugs got put out on a bigger label first, so, in the blogosphere, some claim that The War on Drugs was my first, main band. But that’s just the way it looks. I’ve made more music than Adam has, and have been doing my Kurt Vile thing for a little bit longer. And Constant Hitmaker came out around that same time. Right when that [War on Drugs] record came out, I went to Europe with them, and also opened as Kurt Vile. That was right when I decided I wanted to concentrate on doing my own thing.” Despite Vile’s departure, Granduciel remained a member of his backing band, The Violators, with Granduciel noting, “There was never, despite what lazy journalists have assumed, any sort of falling out, or resentment.

Just seems like one of those things. Kind of like with At the Drive-In and…nope. That’s different. Disregard.

Wakin on a Pretty Daze is truly a great album. It’s just good from start to finish and unlike Yeezus, an album that isn’t really right for any situation, it fits a variety of both situations and moods. It’s rad summer driving music- some solid tunes for just going above the speed limit after leaving work for the day on Friday and heading home. It also works for deck beers, porch beers and/or beach beers. You can replace beer in every one of those situations for any other beverage of your choosing and it will work. Hell if you want to play this album at a decent volume while staring lifelessly into a candle, go for it. That shit will work too.

This is an album that restores your faith in rock ‘n roll in modern times. Good ol’ rock ‘n roll. The real shit. Dusty and lyrical, salty and spacious. It’s easy to think that these albums don’t exist anymore, but they do. They just don’t seem to come around as often.

Wakin on a Pretty Daze is one of these albums.

Here, check out the video for “KV Crimes,” a song off of Wakin on a Pretty Daze. Joint has the Fishtown section of Philly written all over it.