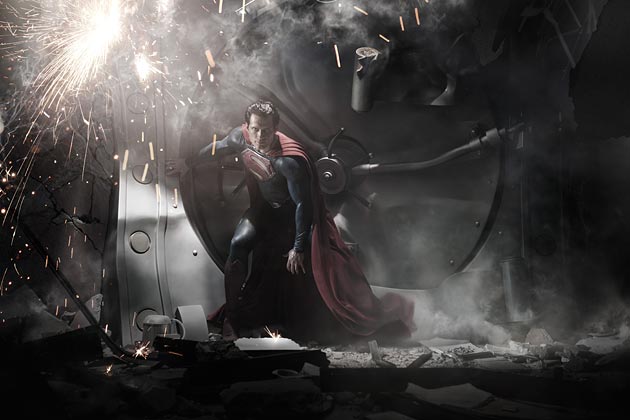 The idea that summer is the time of year ripe for the big budget movies to come out has always seemed weird to me. It’s summer- the time of year to be outside, romp on the beach, cover yourself in ice cream, run naked up and down boardwalks. It’s not the time of year to be inside. I’m pretty sure that’s winter. Me personally, I rarely go to movies in the summer. If I do go, it’s because I’m either super excited for something (last summer it was The Dark Knight Rises) or it’s raining.

With that being said, here’s some of the movies coming out this summer that seem to be worth checking out.


Wait, why is Tony Stark so bummed out?
Related- what happened in Iron Man 2? I remember Mickey Rourke and a car cut in two. That’s about it.
Kind of feels kind of Batmaney.
Gwyenth Paltrow is good looking and all, but to be named People‘s Most Beautiful? Not sure about that.
“Just good old fashion revenge” is really just revenge. So don’t be fooled.
Bottom Line: Iron Man 2 was kind of a turd bucket because it felt too cluttered. This one may have fixed that, but judging by the preview, the symptoms are there. I’m still going, though.


At the very least, it’ll look cool.
And sound cool, too. Kudos to Jay Z for that I guess.
In high school, freshman year I think, I wrote a paper about how I thought Gatsby was Batman. That really has nothing to do with anything, it’s just something I think about whenever I see clips for this movie. Then I think that I was most likely a nerd freshman year of high school and that the paper was terrible.
Angry Leo always makes me chuckle. He looks like he’s throwing a temper tantrum.
I can’t stand the sound of Tobey Maguire’s voice. It sounds like marbles made of syrup are pouring out. With that being said, the fact that he narrates this isn’t exactly a selling point for me.
Bottom Line: The perfect His & Hers movie. Two words: Date Night!

THIS IS THE END


Of all the celebrities running around at the beginning of this clip, Rhianna slapping Michael Cera is the most fun to watch.
I’ve said this before- this movie will either be amazingly hilarious or a massive disaster. There is no middle ground.
Hey, remember skinny Jonah Hill?
“Sink hole de Mayo” better a band name by the time fall comes.
Emma Watson is one of three women on my Celebrity Crushes I Talk To My Wife About list. The other two are Jennifer Lawrence and Rhianna. This movie has two out of three. Not bad odds.
Bottom Line: Once again, no middle ground. But my gut says funny. It should be noted that my gut has a terrible track record with telling me if a movie will be funny or not (it has yet to recover from the Grown Ups recommendation.)


I become more & more excited for this movie everyday and I’m not even totally sure why.
Question: how much back story will there be? I like my back story in small, intermittent doses. This trailer is like, 50% back story. Will that ratio carry over to the movie? I’m not sure I’m okay with that.
It’s the guy from The Tudors, which was an okay show.
Michael Shannon. More like Michael Shannon! I’m becoming a big Michael Shannon fan. This video definitely helped.
Bottom Line: I think this movie will be great and massively entertaining. It will easily be better than Superman Returns, although that’s not saying much besides hey, whatever happened to Kate Bosworth?


Melissa McCarthy never really seemed capitalize on the momentum she had coming off of Bridesmaids. Maybe this movie helps.
Let’s hope this movie leads to more Melissa McCarthy Saturday Night Live hosting gigs.
I don’t love Sandra Bullock. I don’t hate Sandra Bullock. I feel almost nothing when it comes to Sandra Bullock, and I mean that in the best possible way. She’s like a really entertaining basketball game. I just enjoy the competition, but don’t care much about the outcome.
We got ourselves a Biff Tannen appearance.
Bottom Line: I predict 37 belly laughs, 24 half laughs, 13 kind of laughs and overall, 74% amusement.


Is this the movie the makers of Battleship hoped they were making? Although that assumes the makers of Battleship put some thought in that movie, which I highly doubt.
Pacific Rim is this summer’s Prometheus– i.e. the movie I talk myself into wanting to see, but never actually do.
“To fight monsters, we created monsters.” Nothing good comes from creating monsters.
Stringer Bell with a British accent and I heard Charlie Kelly is in this. Two points.
Bottom Line: Undecided.


Matt Damon is inching closer and closer to the same kind of immunity George Clooney has. He can do no wrong.
Matt Damon ain’t afraid of no bone saw. Whether it’s an actual bone saw or this bone saw.
Was Tom Cruise offered this movie? Seems kind of like his thing. Now I’m wondering what it’d be like if Matt Damon had played Tom Cruise’s part in any movie Cruise has been in in the last five years. No way Matt Damon is wearing an effin’ Yankees’ hat, though.
This movie looks to be following a formula a like and support- easy set up, lots of action.
Bottom Line: Looks like must see on the big screen material, plus Matt Damon back in Jason Bourne form. Can’t miss.


I haven’t read the book this is based on, so I don’t have that to go on. This seems like an advantage, because anyone who has read the book has said some variation of the following: they totally biffed it.
“Daddy, what’s martial law?” I’ll tell you what martial law is, sweetie. It’s the set up for some break neck action. Does martial law exist in real life?
Zombies are totes the new vampire.
I’m starting to think zombies have taken over The Office, but that discussion and theory is for another time. It’s in the early stages of development.
The idea of an invasion on airplane seems cool.
Bottom Line: If you haven’t read the book, could be worth taking a flyer on. If you have the read the book, The Bling Ring looks good.