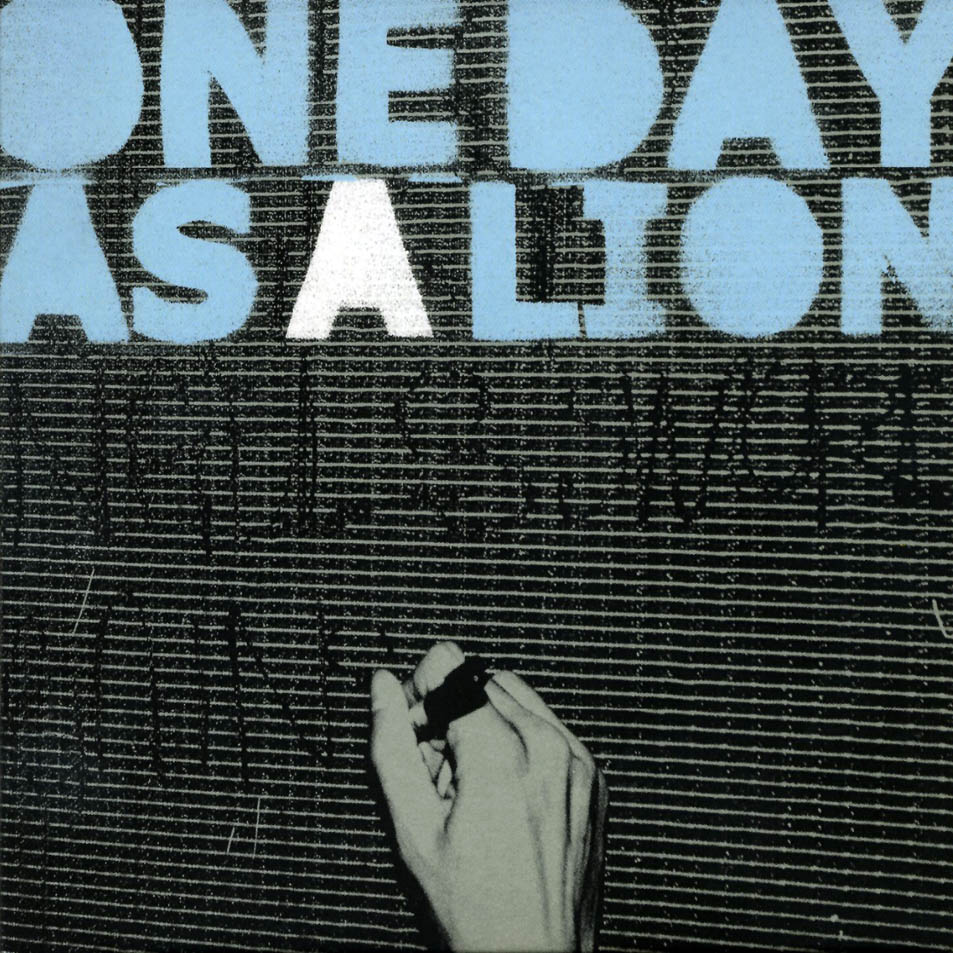 Some albums just stick with you. This is great news if the album is by a band that is in the middle of a career and as a result, able to produce more albums. It’s a bonus when the band has a back catalog because then there is even more music to get into.

However, this is bad news if the band who made one such stickable album is just visiting. Then all you have is that one album, that one moment in time to hang your hat on and enjoy. While you can make a case for this situation increasing the significance of said album, it still leaves you wanting more- which in the end, is a shitty feeling.

Such is the case with One Day as a Lion.

One Day as a Lion was (or depending who you talk to- is) a dynamic two-piece band consisting of Rage Against the Machine frontman Zach De La Rocha and Mars Volta drummer Jon Theodore. The two dudes came together in 2008, after years of knowing one another from numerous paths crossed. In addition to rapping in his signature machine gun, high lit style, De La Rocha played a Rhodes Mark 1 keyboard, aided by a delay pedal and an old metal amp. Theodore tied the noise and vocals together with thunderous drum beats- beats that could be the illegitimate child of a strange love-making session between John Bonham and Questlove- just straight up boombastic break beats. They are steady, solid and breath-takingly violent.

The duo released a self-titled 5 track EP in 2008. As raw and abrasive as Rage Against the Machine ever sounded, One Day as a Lion takes that sound even further. It’s parking garage protest music- the music echoing through the levels and careening off the pavement. It’s music that makes you want to kick in doors, but bobbing your head while doing so. The groove is lethal.

Unfortunately the groove is short lived.

Despite a few lives appearances and rumors of more material to be released, all that exists of One Day as a Lion is that one EP- those five songs are it. Only having those 5 songs from such an inspired musical pairing is an empty feeling, but no less fulfilling. You can get a lot of mileage from those 5 tunes and in the end, that should count for something.

The video for “Wild International”…