The Best Things I Saw On Television In 2021 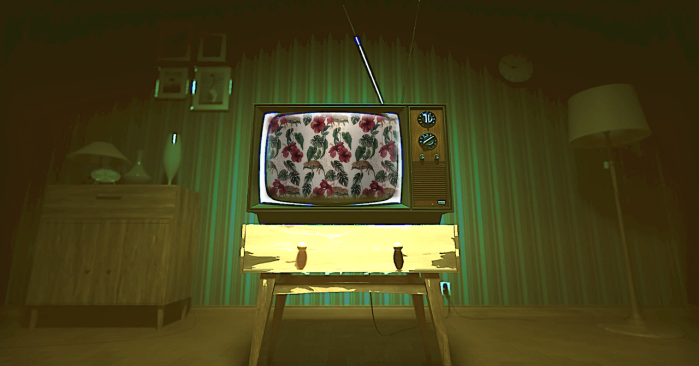 2021 was the year TV reminded us that yes, there’s a lot of it. 2020 was understandably quieter on the small screen front because of the pandemic-induced shutdowns but once the creative types figured out how to work under strict and constantly changing COVID guidelines, it seems like the flood gates opened and it was all systems go. Yet even with things getting somewhat back to normal, you could still feel the presence of COVID even if it wasn’t as direct as actors wearing masks on screen. HBO’s The White Lotus seemed to have been created during a conversation about how a show could be made safely and even Succession had moments where you could feel the guidelines in the room as characters were more spread out than usual.

But whatever! Thanks to these guidelines and people taking the necessary precautions, we got some great TV this year. Some favorites came back and we got a slate of killer rookie performances. HBO continues to find success in a post-Game of Thrones world, Netflix is throwing so much shit at the wall that something is bound to stick (hint: it’s probably a true-crime series) and late-night shows continued to have their comedic finger trained perfectly on the pulse of our ongoing dumpster fire of a political system.

This list is not a list of best shows or best performances. It’s simply a list of the best things I saw on television in this wild year, 2021. In the spirit of keeping things manageable, some cuts had to be made, leaving Woodstock 99: Peace, Love, and Rage, Lupin, and Stand-Up Canoeing At The Summer Olympics on the outside looking in.

The “Beard After Hours” Episode

The wife and I weren’t watching the second season of Ted Lasso at the same pace almost everyone else was, so as a result, I knew the Beard-centric episode was coming. Not being surprised by it most likely made it easier to enjoy. My wife was surprised and understandably took some time coming around to it. But once she did, it was all thumbs up in the O’Connell household. Coach Beard had been there since the very beginning but yet we knew very little about him. For a while, that was fine. He seemed perfectly suited to be the silent partner in crime for Ted but by halfway through the second season, I personally wanted to know more about him, which oddly enough, was something I don’t think I totally realized until “Beard After Hours” was almost over. Now there’s so much more behind his silence, affirmations, and having Ted’s back that you could see why they did it.

I’m not on TikTok and God willing, I shall never be on TikTok. Social media platforms are like making friends in college. At some point, you have enough and don’t need anymore. However, I do appreciate catching a nice chuckle from a TikTok video that makes its way over to Twitter, something that seemed to happen fairly regularly over the course of the past year or so. One group that started showing up a lot was Please Don’t Destroy, three dudes who seemed to be making videos from their apartments. The videos were short and to the point, each one usually featuring an escalation of sorts and anchored by the three’s dynamic and report with each other. They had a style reminiscent of The Office, with the quick cuts and glances at the camera. I became a fan and then to my surprise, they showed up on this season of Saturday Night Live, where they had been hired as writers and occasional performers. On nearly every episode so far this season, there has been a Please Don’t Destroy video with the guys poking fun at all the different kinds of seltzers, dealing with Rami Malek’s antics, or trying to hang with Pete Davidson and Taylor Swift.

Did I know Stanley Tucci was from Italy? No, but in my defense, I had literally never once thought about it. But he is and my dude loves Italy and what I learned this spring was that I subsequently loved that Tucci loved Italy. On his CNN show, Tucci traveled the country, highlighting the food, culture, and history of the various regions. After each episode, I really wanted Italian food and couldn’t stop saying “si, si, si” whenever my wife asked me something. It was fantastic.

The ‘Prank Show’ Sketch On ‘I Think You Should Leave’

I got hip to the Tim Robinson Netflix series mainly through the memes it produced and how there seemed to be one for damn near every situation imaginable. Eventually, I started poking around the corners of YouTube, watching sketches here and there. They certainly weren’t for everyone but they were for me as I love myself some slow-moving, awkward humor. One of the highlights of the show’s second season was ‘Prank Show,’ where Robinson plays the star of a hidden camera show who plans to don a costume and cause a ruckus in a mall. It goes terribly, it’s hilarious and yes, it produced several memes and .gifs that were endlessly applicable.

It was amazing at the time and now that the season is over, eerily prescient.

Jordan Klepper At The Insurrection

I don’t know how Jordan Klepper does what he does but man am I glad that he does uh, what he does. He has become the master of diving headfirst into MAGA country and showcasing the endless absurdity, stupidity, chaos, and unsettling danger of the Trump movement. I think the people trust him because he does look relatively harmless but the bulk of people he interviews are too dumb or too far up their own ass or down a conspiracy-fueled rabbit hole to realize that he’s making fun of them. It’s not all their fault, though. He’s so quick that they could be forgiven for missing a thing or two. But as a viewer, we’re the lucky ones and he should be held up and acknowledged for essentially providing a useful public service. He puts faces and voices to things that people on the Left or in the middle only hear about on social media or read about in the news.

The Opening Credits Of ‘the White Lotus’

Shannon Flynn on ‘Murder Among the Mormons’

Murder Among the Mormons was one of roughly 7,879 true-crime docuseries Netflix released in 2021 and probably one of the better ones. The series told the story of a series of bombings that went off in Salt Lake City in the mid-1980s and how they involved the Mormon church, the world of valuable, historic documents, the forgery of said documents, and the troubled man at the center of it all, Mark Hoffmann. But one of the stars of the series was an associate of Hoffman’s, Shannon Flynn. If you’re doing a documentary that involves both the Mormon church and documentary collecting, you might be hard-pressed to find a talking head that you can feature that is super captivating but Flynn was just that. A suspect of the bombings himself, Sydney was able to help tell a compelling story and make it even more of one.

Drunk Zabel On ‘Mare Of Easttown’

There is a long and storied tradition on both the small and big screen of actors doing an absolutely terrible job at playing drunk. It rarely works. It’s usually unbelievable and forced and outside of It’s Always Sunny in Philadelphia and Parks and Recreation, two shows that routinely featured top-notch drunken performances, it’s an ill-advised move. Yet one of the best moments in Mare of Easttown, which was a serious contender for the best show of the year, was the arrival of drunk Zabel. Played by Evan Peters, Colin Zabel was set up to be the doting sidekick of Kate Winslet’s Mare and that was it. But in one scene, where he was shit-faced following a high school reunion, he became so much more than that and the show was better for it because now he was a fully developed character full of sadness, tragedy, regret, and more. Also, it was hilarious and more importantly, believable.

Seth & the Sea Captain on ‘Late Night With Seth Meyers’

As a result of COVID, late-night hosts were forced to do their shows from home, and for the most part, it was fine. Each host, whether it was Stephen Colbert, Jimmy Fallon, or in this case, Seth Meyers, made it work in their own unique way. Meyers actually flourished in the change of scenery and at times, seemed more comfortable in his attic than in the studio. This summer, he and his family went off to spend some time at his wife’s parent’s place, forcing Meyers to put together a new studio and ditch bits he had been doing at home that involved everyone from Ethan Hawke and wasps. In their place was an old painting of a sea captain and the rest was history.