Home › Television › Which Character From ‘Ted Lasso’ Would Make The Best Drinking Buddy?

Which Character From ‘Ted Lasso’ Would Make The Best Drinking Buddy?

Listen, let’s not lose sight of what’s important and what really matters this summer.

Yes, things are starting to open up. We’re not completely out of the woods when it comes to the pandemic but at least we can start to see some daylight. It’s pretty sweet. There are concerts and public gatherings and the bottoms of peoples’ faces. Again, it’s pretty sweet,

One of the things that made that first season so enjoyable was the show’s characters and that for the most part, they were all incredibly likable. Well, except for Rebecca’s ex-husband. That dude was the worst. Jamie wasn’t much better but he wasn’t nearly as terrible as that ass clown Rupert.

And so we wonder. Now, if you were hanging out in a pub in that lovely little town center near Ted’s apartment, which character from Ted Lasso would you want there with you? I ranked fifteen of the show’s characters to find out. Ugh, that guy. In case you forgot, Rupert is Rebecca’s ex and also a massive twat, if I could borrow a phrase from jolly old England. Maybe you’re in a different social class than I am, you ride in different circles, but I’m sorry, I’m not hanging out with a dude like Rupert. I’m good, thanks. The only possible scenario in which I would share a drink with Rupert is if he and I approached the bar at the same time, had a quick conversation, he found me so charming and interesting that he told the bartender that my beer was on him, I thanked him and halfway through pretended my phone was ringing and that was that. 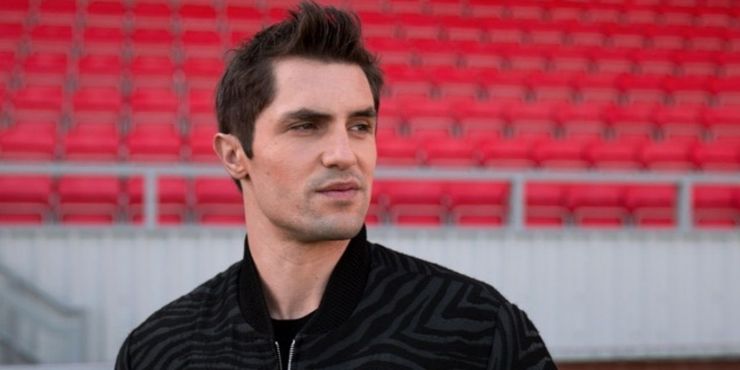 Jamie is lucky I decided to include Rupert because if not, Tartt would definitely find himself at the bottom of this list and likely primed for relegation once the season ended. Is there also a scenario in which I’d drink with Tartt? Well, when it comes to drinking, I never say never. But alas, in this case, I’d say the outlook isn’t good. 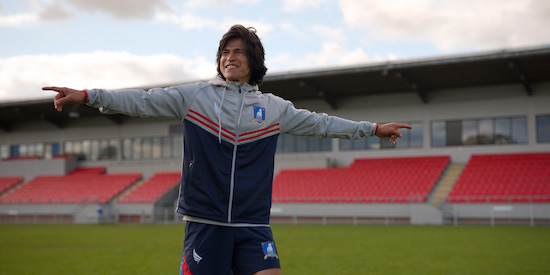 I love Dani. His enthusiasm and passion for soccer are admirable. If we were talking about who would I want to watch play, my dude would be much higher on this list. But that is not the case. Dani is a lot. He’s “extra” as the youth say and I’m not particularly interested in drinking with someone like that. Just a lot going on there. I’ll pass.

Who is Colin? I’ll tell you who Colin is. Colin is the dude who correctly points out that 400 ghosts are “too many ghosts.”

That’s not much to work with but it’s enough for me.

Issac didn’t say a whole lot and that’s fine. Maybe he’s just a quiet dude. Perhaps he’s a gentleman with layers and a story to tell, but all he needs is a few pops to crack that book open. Or not. Maybe he’s just a man of few words. Either way, having him in the 11 spot feels like it makes perfect sense. 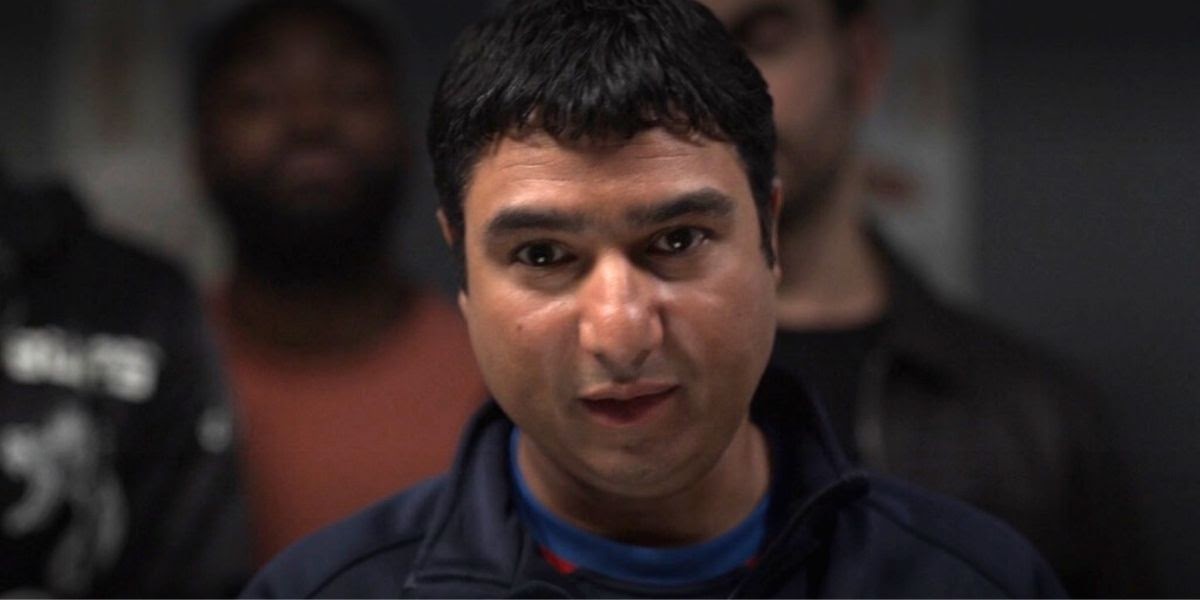 My man is adorable and knowledgeable about the sport and thankfully after spending some time with Ted and Coach Beard, has some confidence to express some opinions and dole out some of his soccer-related knowledge. We all like Nathan in the way that we all like the feeling of new socks, clean sheets, and a warm shower. Not a bad word can be said about any of those things. And I think Nathan could be fun to have some drinks with. Not a lot, a few, probably no more than four. I would imagine at a certain point the well would run dry conversationally or he could become a liability when drunk, both of which are less than ideal situations, meaning that the best move would be to get out before it’s too late.

Trent Crimm looks like he’s done some living and seen some shit. Perhaps before he was assigned the Richmond FC beat, he was posted up somewhere cool and as a result, has some wild stories to tell, the kind that only a seasoned journalist has in their back pocket. I bet he has one or two ready to go. Just look at him. He gives off some serious “I’ve been around the bend once or twice vibes.”

Or he’s a major douchebag and in that case, stick him with the check. Okay, so we’re just going to drink our beers mostly in silence, just staring off at nothing, maybe a television that happens to be on. Something happens, either on the TV or across the bar and I say something to break the ice, and perhaps Roy cracks a smile.

But there’s something about hanging out with him and drinking in silence that doesn’t feel uncomfortable. Some folks are quiet and it can drive the other person nuts. Some folks are quiet and it creates a level of calm around him. Or tension. Either way, I’m cool with Roy. And then after a few beers, he starts to loosen up some and we talk about kids. I talk about my daughters and he talks about his niece and that’s that. Not much to complain about there. Should Higgins be ranked lower? Is 7 too generous of a spot for him? For you, maybe. But for me, I’m down with Higgins. Let’s get weird Higgins. Higgy’s also probably got some stories to tell, some dirt to get out there, and who knows, maybe the night takes a few wild turns and we end up smoking doobs, listening to jazz, and talking about the sixties. Higgins is a solid candidate to be in the 7 spot.

So I was watching Top Chef recently with The Wife and I commented on how all the chefs this season seem like they’d be a good hang. I then whipped up a quick Good Hang Ranking, as did my wife, and then I sent it to my friend Sam, as she and her man friend were really into the show as well. Then I wondered where Padma Lakshmi would fit in those rankings? Padma is no doubt super interesting and seems pretty cool. She would probably be pretty high, right? Yet both my wife and Sam were quick to point out that while Padma might be cool and interesting, she also would most likely be pretty intimidating, thus knocking her down a few rungs. And I couldn’t help but agree.

I bring this up because I feel the same way about Rebecca. I know she can let loose and have fun and in the right circumstances, can let her guard down. But she’s also kind of intimidating, thus putting her at six. 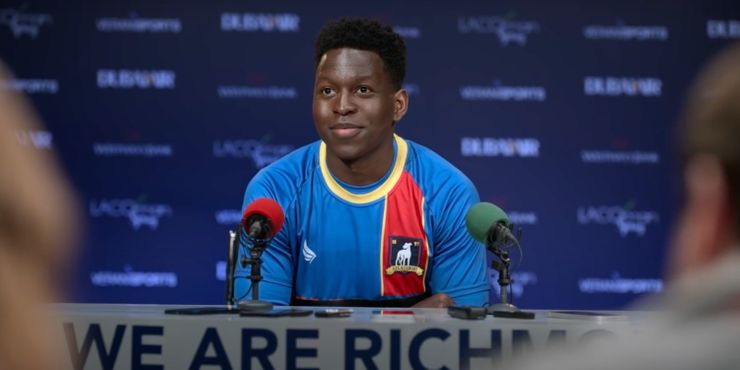 I love Sam! Sam’s awesome. Let’s hang out Sam and have a hell of a good time!

Sam might not drink, though. So he’s at five. If I’m able to secure confirmation that he does in fact drink, all bets are off. My man is moving up!

4. Those Three Dudes At The Pub

What are their names? I don’t know. They might have said them at some point but I forget and I don’t really care to look them up. It doesn’t matter. You know who I’m talking about. And you know why they’re ranked so high despite their anonymity. You can relate to them, understand their pain. You have been them before. Probably on multiple occasions. You get it. You get them. You could join them with ease and feel perfectly at home.

Names? Who needs names when the daunting cloak of sports misery is hanging heavily in the air. We are all but loathsome soldiers of despair, clinging our hopes and dreams to an outcome that we have absolutely no control over.

Wait, why do we watch sports again?

Come on now. Keeley would be a blast to hang out with. I mean, she could definitely get you in some trouble, whether it was a physical altercation with a much larger dude or just dancing on the bar, but ultimately you would have fun. And you could make fun of Jamie and probably even Roy, albeit significantly more lovingly than when trashing Jamie.

Keeley seems like one of those people who could talk about anything even if they don’t totally know what they’re talking about. They could at least play along and make things interesting. Oh and quietly making fun of other people at the pub? Get out here! You know Keeley would be down for that and you also know that you do it, everyone does it. Don’t even try and pretend that you’re above some light teasing of complete strangers while hanging out at a bar. Keeley would definitely call bullshit on you if you did try to make such a fraudulent claim. 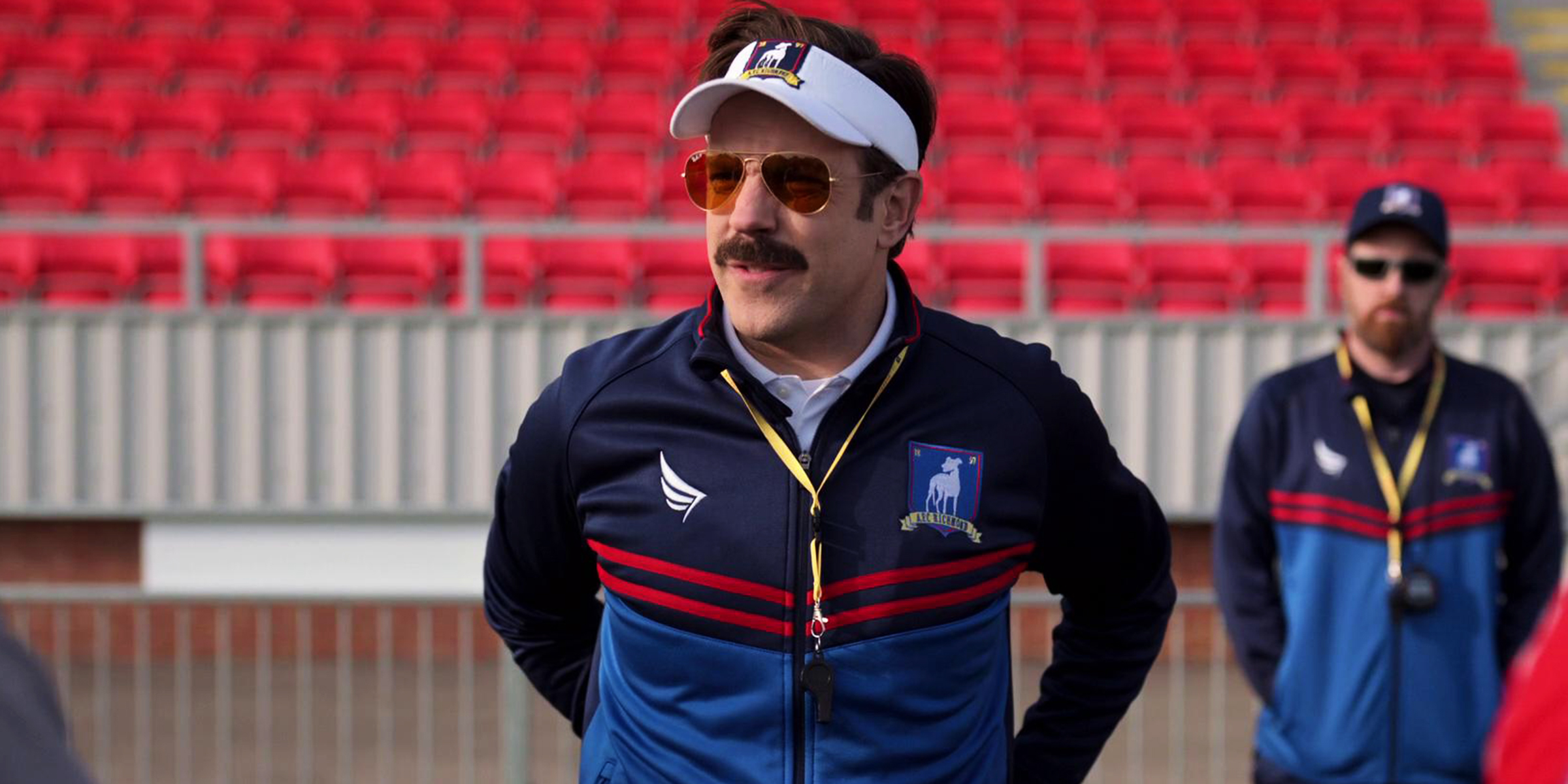 Should Ted Lasso be number one? That’s a fair question and it’s a question I wrestled with for a small amount of time.

The case for Ted:

The case against Ted:

Yeah, it’s true. There isn’t much of a case against Ted. Ted would be a good dude to drink with, a top-notch hang.

He’s staying at number two, though. 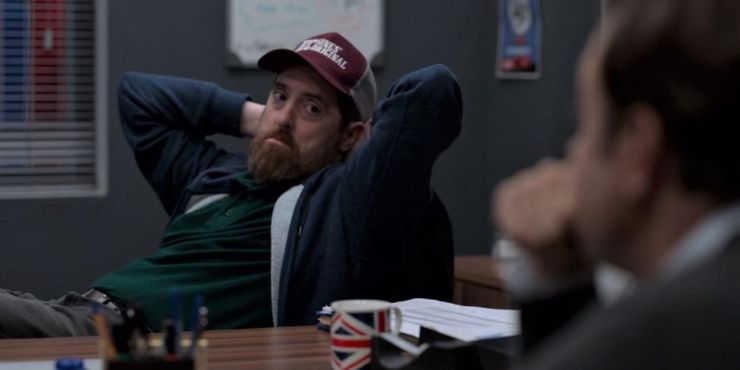 This dude is a wild card and I don’t know, sometimes you need a wild card. Coach Beard is either barely talking or playing imaginary games of chess with someone he just met. Coach Beard has an answer for everything and a Lady Gaga song locked and loaded if and when karaoke is an option.

I think Coach Beard narrowly edges out Ted because, unlike the great Ted Lasso, Coach Beard has a few different speeds to him, and isn’t that what we should want with a drinking buddy? We should want someone who can go fast and can go slow, can go quiet and can go loud. I don’t doubt that Ted can play the game on different fields or pitches but I can’t see him being as overall adaptable as Coach Beard.

With that being said, don’t ask, Coach. I’m not doing karaoke. Even drunk I know I can’t sing for shit.

Like Loading...
‹ Here Are Eight Songs To Check Out From Lukas Nelson & Promise Of The Real
Six Times When 311 Dropped Some Serious Knowledge In One Of Their Songs ›