The ABC’s of March Madness

The 2018 NCAA Tournament gets going later today, which means that you are spending the minutes leading up to the 12:15 tip off between Oklahoma and Rhode Island either making last minute changes to your bracket or simply living your life because you could care less. That’s fair. No judgements here.

This year’s tournament is said to be a doozy of a tournament when it comes to trying to pick a winner. Virginia looked like a lock, but then they lost one of their stars, De’Andre Hunter, to an injury. It doesn’t necessarily derail the Cavaliers’ championship hopes, but it is enough to cause some concern for those people who submitted their bracket earlier in the week and had Virginia winning. Villanova is another favorite and could win their second championship in three years, while Arizona is a fun pick due in large part to Deandre Ayton, arguably the best player in the country.

But you know overall, who the heck knows?

What we do know is that the tournament is fun to watch, fun to throw a few bucks on and only half happens in March, even though it’s called March Madness. Here’s some other things you might want to know before the 2018 tournament begins.

A vote for Arizona is a vote for sticking it to the man! And that’s always fun. A little background here: a few weeks ago, a report came out from ESPN that said that the FBI had Arizona’s coach Sean Miller caught via a wire, discussing paying $100,000 to have Ayton come to Arizona. Oh shit! was the collective response from sports media. But it was also a little premature because the report turned out to not be totally accurate. Ha, oh well.

The legendary announcer will be calling his 36th NCAA Tournament this year, which is an impressive feat. Although Rafferty is best known for his sayings and catch phrases.

For a small price, you too can yell out ONIONS at the top of your lungs.

As in the team that comes out of nowhere, makes a deep run into the tournament, destroys brackets like Godzilla destroying Tokyo and when the dust has settled, has a coach that immediately runs off to a better gig once the tournament is over.

As in, man, it’d be hella dope if the money I wasted on March Madness could in some way be written off in taxes as a charitable donation or something.

DAMN IT DUDE, I’LL GET YOU YOUR (EXPLETIVE DELETED) MONEY. STOP EMAILING ME!

What we all watch for the last ten minutes of any close game and subsequently wonder why players miss so many because they look so easy as we sit on our couch in the privacy of our own home.

Yeah, it’s a thing. But doing a bracket pool, that’s like cool, acceptable, not a big thing gambling.

Typically not a thing in the tournament. Well, unless you’re a top seed. Then you kind of, sort of have a home court advantage because you’re most likely playing much closer to home than your opponent is.

I have no idea where this school is located, nor do I care enough to even try and find out.

One of the better analysts out there and also a good follow on Twitter, especially if you like throwback pictures of Afros, rap lyrics presented sans context and frequent shots taken at the NCAA.

I once drove through Kentucky to get to Nashville. I was there for a couple hours at the most, meaning I was there almost as a long as the majority of players who play for the University of Kentucky are.

Sixty four teams out of sixty five will experience this over the next few weeks. That’s a fact.

The tournament is on something like eighteen or so channels over the next few days. Most of them you know, but there will definitely be one of two channels you’ll never be able to find. Looking at you, truTV.

The people who pocket most of the money you gradually realize that the tournament pulls in.

They’ll be scored! By basketball players. This is not so much of a fun fact as it is like, a real fact.

As in your bracket possibly will be calling it this come Monday morning.

You might not know this, but Rhode Island is a really small state. It’s one of those states that you drive through, didn’t realize you were in that state and then before you could even spell the name of the state, you were out of it. I’m not hating on Rhode Island. I like Rhode Island. I’m just stating the obvious, as well as educating people who might be a little shaky on their geography, specifically as it applies to New England states. But here’s the thing about Rhode Island, not only was it once a low key hotbed of criminal activity, it’s also apparently a low key hot bed of decent college basketball as two of the state’s universities, the University of Rhode Island and Providence, are in the tournament. Makes you wonder what the hell is wrong with Brown.

When you were filling out your bracket, you may very well have been tempted to pick a sixteen seed to upset a one seed. Hopefully you didn’t because that would have been a GOB Bluthian blunder.

A sixteen seed has never beaten a one seed in the tournament. Never. And with apologies to the fine folks of UMBC, Radford, Texas Southern and UPenn, it’s not going to happen this year either.

As in, that person who doesn’t know a damn thing about college basketball, picks their bracket based on mascots or school names or school colors or some other random reason and then ends up winning the whole thing. You know who they are. It’s a cute story, but that person also sucks.

U: University of North Carolina

The Tarheels won last year and then lost to Villanova in the championship in 2016. My dad hates their coach, Roy Williams, because my dad has NO LOVE for cocky sons of bitches, which you could definitely argue Williams is. 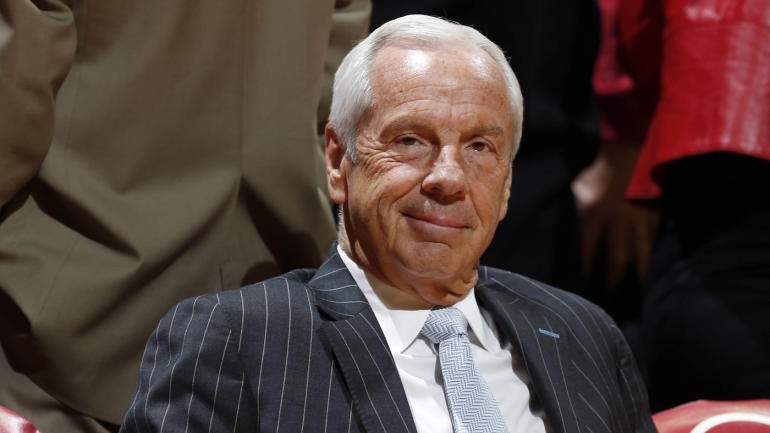 Other things in sports my dad hates: receivers who don’t catch the ball, baseball players who take their eye off the ball, “biased” refs.

As mentioned previously, a heavy favorite heading into the tournament that is now less of a favorite because one of their best players is injured.

Xavier has two things going for them. The first is that they are the only school in the tournament whose school begins with the letter “X,” and the second thing is that they are the lowest of the four number one seeds, which is a bummer, but also like, whatever, still a one seed bitches.

College basketball players are young people. I feel like that’s important to remember if you find yourself getting a little too heated about their lack of experience or them possibly feeling the pressure of a big moment.

Gonzaga baby! They might not win NCAA Championships, but they are routinely the school that has the most fun name to say.