Home › Music › Who Should Play the Halftime of Super Bowl 53?

Who Should Play the Halftime of Super Bowl 53?

Listen, I thought Justin Timberlake’s halftime performance at Super Bowl 52 was fine. It wasn’t amazing and it certainly wasn’t terrible. It was fine. There’s nothing wrong with fine. Fine is the same as good and there’s nothing wrong with good. If something is good, we should be happy. And good isn’t even the line of demarcation when it comes to judging the quality of something. There are levels below good. Like okay. Something being okay is worst than something being good. If Timberlake’s performance was just okay, then I could see people having issue with it.

It was good. It was fine.

Yet people have problems with it. Pitchfork said it was “meh, personified,” and that “Timberlake’s set was not great, not terrible, and perhaps only memorable for its noticeable flop sweat. Frankly, it was just kind of meh.” Although to be fair, that could be taken as a compliment coming from Pitchfork. Time called him a “man in the weeds,” New York Magazine said he was “the least memorable musician” to perform the gig ever and on The Daily Show, Trevor Noah said the performance was like “karaoke.”

I just have to respectfully disagree. Again, the performance was good. He played songs you wanted to hear, he danced his ass off, there wasn’t a Prince hologram (thank God) and the bottom line is that for a little over thirteen minutes, he was sufficiently entertaining. No, he didn’t jump off the top of the stadium a la Lady Gaga, nor ride in on top of a giant lion like Katy Perry did. He wasn’t joined by any special guests either. No Janet Jackson appearance or Jay Z verse in “Suit and Tie.” It was just Justin, roughly 900 back-up dancers and his band, the Tennessee Kids

We’re not going to get Beyonce every year people. It’s just not going to happen. We need to adjust our expectations when it comes to the halftime show. To expect a monumental, completely unforgettable performances every single year is just ridiculous.

Now it’s time to turn our attention towards next year’s game, Super Bowl 53 in Atlanta. Who is going to play is anyone’s guess because the ugly truth is that after Timberlake, there really isn’t any one that is a consensus, slam dunk pick. He was probably the last one. I think the fact that the pickings were getting slim should have been obvious once Bruno Mars performed in two halftimes in three years and that Beyonce has also been a two-timer this decade. It used to just be Up With People and the Grambling State Marching Band that made repeat appearances.

Oh, and Al Hirt. He was a trumpeter and that dude somehow played in almost all of the halftime shows that took place in the first ten Super Bowls.

The past few halftime shows have made it clear that there is a formula when it comes to determining whether or not an act can pull it off. First and foremost, they need at least six to eight popular songs. And not just kind of popular. They need to be songs that your mom recognizes, you recognize and even your buddy who is half drunk and buried in nachos recognizes. These songs also have to be upbeat, lively and songs you can sing along too. This is why Timberlake worked so well. That dude played over a dozen songs in his set and each one was a song you knew. Bruno Mars, when he first performed a few years ago, really had to stretch it to make it work, but he did. Although he had some help from the Red Hot Chili Peppers when it came to getting across the finish line.

So who are the options?

She’s the obvious choice. I actually thought she was going to perform this year. Tay Tay has kind of gone underground as of late, having dipped out of sight since her album was released and she did a few promotional spots for it. That album was not received all that well, which could be part of the reason for her disappearance. She’ll be back though, as she has a big summer tour scheduled. Perhaps that summer tour makes America fall back in love with her, leads to a strong showing in the fall, maybe another Saturday Night Live appearance and then some Grammy nominations, thus making her a viable option to do the halftime show. She has the catalog to do it. Seems almost like a no-brainer.

Hell no. Such an strong, hard pass on this one. What’s he going to do? Get up there with his little guitar and beat box? No way man. The NFL has become increasingly hard to support in recent years. This could be the final straw. 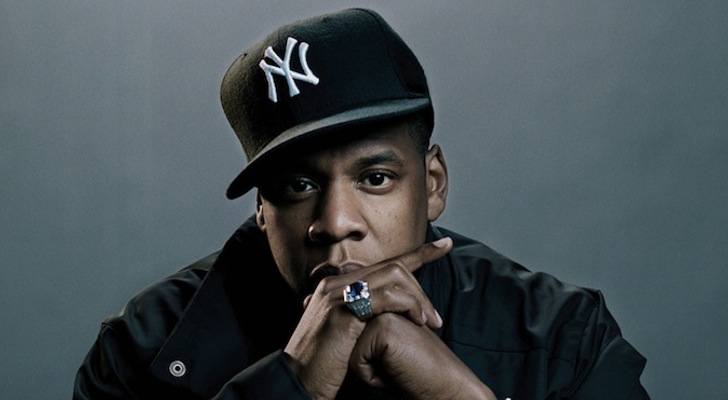 Ha. That’s cute. The NFL letting Jay Z perform at halftime of the Super Bowl. Real cute. For all we know Timberlake might have thought about bringing up Jay this year and it was squashed by the league. It’s a shame though because Jay would be an inspired pick. And dude has the songs, plus the ability to put together a hell of a thirteen minute set. I don’t know, maybe if Obama was still president and we lived in a different country other than America.

I mean, always a good choice, but like, she just performed. And that performance was her second performance at the Super Bowl this decade. Just seems like a long shot. No way. Her songs are too slow. If I’m going to cry it’s because the result of the game made me do it.

You know, this could be a winner. Rihanna has plenty of songs, plenty of upbeat tunes that are incredibly well known. She puts on a great show and there’s no shortage of guests she could bring along with her. The NFL would probably be a little nervous about what she might wear (and not wear,) but I think we could have a winner here. I know I’m in. I’m always down when it comes to Rihanna. Unless it’s watching Battleship. We all have our limits.

Okay, so those definitely seem like the front-runners to me. How about a few outside-the-box choices?

Again, would totally NEVER happen, but as Kendrick proved once again at this year’s Grammys, you give that dude some serious production and a big budget and he could make some magic happen. It’d be a bold choice, but also one that is way too divisive and polarizing of a choice for the NFL. The NBA maybe. But no way the NFL would ever sign off on Kendrick. And if they did, they’d probably have so many notes and rules and stipulations that there’d probably be no way Kendrick would do it.

The Roots’ drummer and bandleader is really, really good at curating showcases. Think back Dave Chappelle’s Block Party or what he does every night on The Tonight Show. That dude lives to put people together and have them play music. A Questlove-curated halftime show could go in so many magnificent directions and involve any number of people that Questlove has in his phone. The Roots used to do big shows in Philly for the Fourth of July and they’d have everyone from Lauryn Hill to Hall and Oats perform with them. This would be a good way to deal with the lack of a true number one option. I’d say if we’re not going with Rihanna, I like this option.

Bruno Mars Had a Cool Idea

And no, it wasn’t for him to perform again. Seeing as how the game will be in Atlanta, Bruno suggested they take the opportunity to celebrate the rich history of the city’s hip hop scene.

. @NFL you have the opportunity to celebrate incredible Hip Hop Artist from Atlanta Next year.

. @NFL Outkast. T.I Gucci, lil jon, Jeezy, Jermaine Dupri just to name a few. it would be the best party Tv has ever seen!

. @NFL all jokes aside please lets make that happen

Although don’t go thinking that Bruno will put this together for you, NFL. At least not for free.

. @NFL Shit I just wanna help curate that show, and I’ll only charge like a billion😂

It’s a good idea. An Outkast reunion alone would be a winner. Of course this goes back to the same reason why Jay Z or Kendrick would never get the gig. It’s the NFL dude. If the NFL were going to celebrate Atlanta musicians, there’s a better chance it’d be Sugarland and the Indigo Girls they’d be celebrating than someone from the rap game. Again, NBA maybe. NFL, no way. 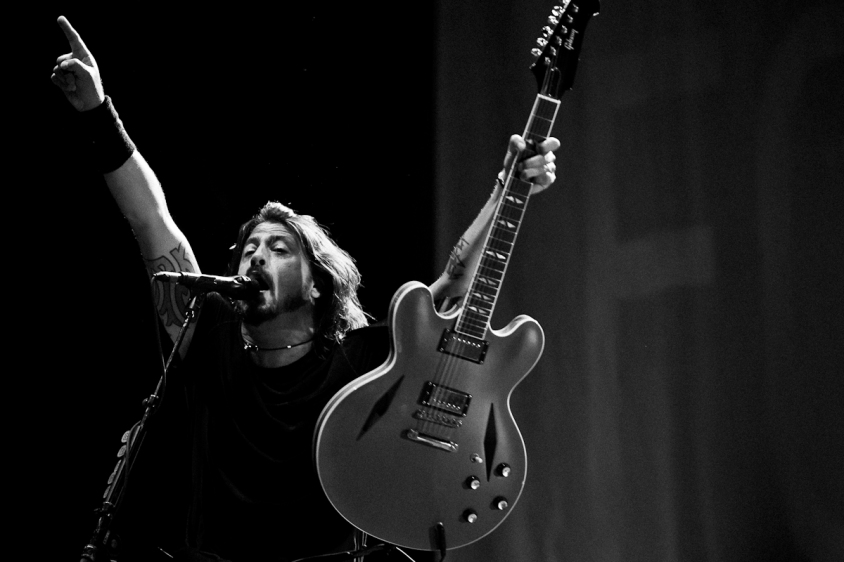 Man, I know rock music is totally going the way of ragtime jazz, but if we’re going to give rock music one last big stage to play on, isn’t the Super Bowl halftime show the absolute best one? Plus, the Foo Fighters and Pearl Jam are always at the same level of relevancy. It’s not as if you’re going to have them play and no one knows who they are. Everyone knows them. Everyone might not like them, but everyone knows them. 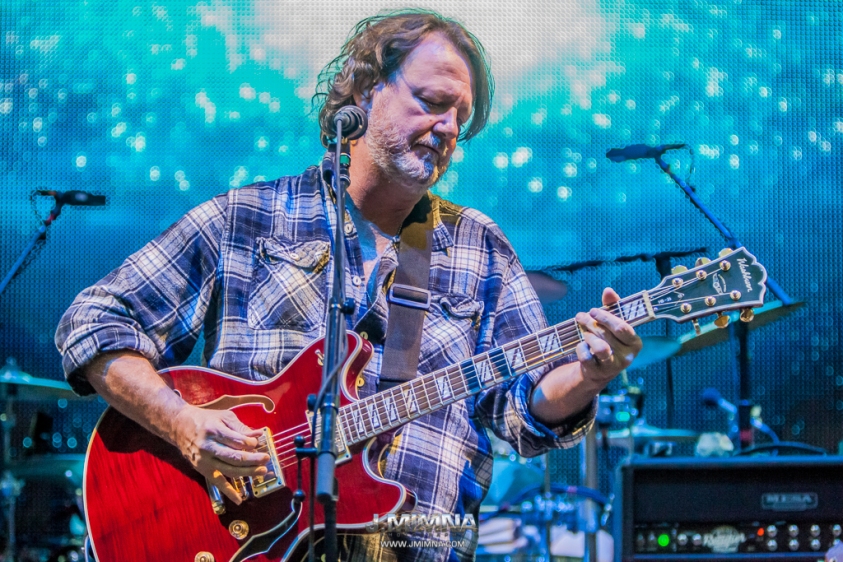 I mean, they’re from Georgia and really good live.