You Haven’t Loved Until You Drink Your Own Urine

“I’m down to eat bugs. I’ve eaten bugs before.”

The gal who is into taxidermy said this. Then she kissed the boring race car driver whose heart she is looking to win over. Snow gently fell. Someone else ate a bug. Prior to this, the boring race car driver faked everyone out, pretending to drink his own urine. It was apple juice. Ha. Fooled ya, suckers. You don’t understand courtship these days. I know I don’t. I’ve been married for over five years now and I’ve never once pretended to drink urine in front of my wife. Not once.

I don’t know why she’s still with me. I’m obviously a failure when it comes to romance.

Speaking of failures, the boring race car driver is an abject failure when it comes to holding a conversation. It’s painful to watch. Dear Sienne tried. It didn’t go well. The surviving Lauren tried. It also didn’t go well. The surviving Lauren asked the boring race car driver what he was looking for. This is a perfectly reasonable question to ask. Add a fake out involving urine and you got yourself a heck of an evening.

True love means tricking someone into drinking their own urine.

But again, I don’t know love.

I do know that Caroline doesn’t give a shit and I know I love it. I love it so much. Last week I named her my favorite and this week, I can say without any trace of a reservation that she should be America’s favorite. America, we should all get behind Caroline. Caroline is our person. Caroline will save us from whatever ails us. I believe this with all of my heart.

Of course then the boring race car driver sent her home so you know whatever, everything really is the worst these days.

No Chad, I am mad. I’m both disappointed and mad.

The boring race car driver chose Krystal over Caroline. He picked BeKAH over Caroline, even after learning that BeKAH was only 22 and he’s 36 and there is a lifetime in between those two ages. But you know, the penis frequently holds sway when it comes the decision-making process of dudes and when it came to the boring race car driver wrestling with whether or not he should send BeKAH home, the penis filibustered, threatened to shut the government down, made plans to fire high-ranking government officials if they didn’t get their way and called at least one senator a racist. This all happened in roughly 37 seconds.

Long story short, CNN can now confirm that the penis got it’s way and BeKAH survived. Caroline didn’t. It’s a loss for everyone and let’s not act like it isn’t. She was the perfect foil for Krystal. Now Krystal can continue on unchallenged. None of the remaining ladies can stop her. They can try, but we all know that ultimately the only person who can defeat Krystal now is Krystal.

But let’s talk about Krystal for a second because we have to. Also, because Krystal would want us to and I’m afraid of her. You are too. Don’t act like you’re not. I’m not saying that Krystal looks like the kind of person who might accidentally…wait, “accidentally” push someone down the stairs or you know, off a cliff. But I’m strongly implying it. Hold on, I just winked at you.

We should all be a little afraid of Krystal. She should be added to the list of things America is currently afraid and added soon.

Things America is Afraid Of
(in no particular order)

Let’s at least start with giving Krystal some credit. She became this season’s villain super fast. Like, we all thought it was going to be Chelsea because of how things went down in the first episode, but boy did that change. Now Chelsea is like, okay cool, Chelsea. You probably won’t win, but your Krystal impression was pretty spot on. Also #mainepride. But Krystal snagged the villain crown and ran with it. We all like Chelsea now, especially in light of being accused of glam-shaming and reacting exactly how you would if someone accused you of such a thing.

Krystal has been checking off all the villain boxes so far and has done so in short order. She’s playing the role of front runner, she’s speaking for the boring race car driver when he’s not around, she’s talking about their relationship as if it were an actual relationship and not some weird television production that is doomed to fail, she’s pouting during group dates and talking about how they’re wrong because of their relationship and like, whatever, and then she’s out there throwing grenades, talking smack about other ladies when she’s with the boring race car driver. And two of those ladies were Caroline and Tia and you know how I feel about Caroline. Krystal is a monster.

And to make matters worst, she seems to only be getting stronger.

On Monday night Krystal was on fire. It was really something to watch. Painful to listen to (you know, because of her voice,) but really something to behold. And is her voice really that annoying? Yes, of course it is. Don’t kid yourself into thinking it’s not. Instead, think about the delicious irony of her saying the other ladies live in a fantasy world while she herself talks like a Disney princess would if that Disney princess was convinced that’s how a Disney princess should talk. I could picture her literally purring because she read once that purring to yo’ man is sexy. 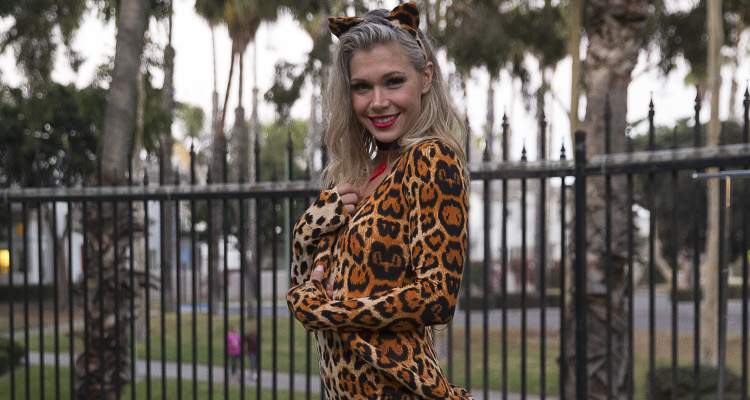 Voted Most Likely to Purr Into a Man’s Ear

And on that note, as far as levels of self-awareness goes, Krystal is either the most self-aware person or the least self-aware person. There’s really no in between and I can’t figure out which one it is. I am fairly confident she has at least three mantras and that she recites them several times a day. Not that there’s anything wrong with that. Although shouldn’t you have only one mantra? Right? It seems like you should only have one mantra. You know, like cats or a pet bird. One seems like enough. Any more than that and it becomes excessive. I would also agree with whoever said it Monday night that Krystal (and I’m paraphrasing) is totally the type of person that reads self-help books and then routinely quotes things from those books, sometimes even passing them off as her own words.

And now she’s ready to start her day.

Well played, Krystal. You really can do anything you put your mind too.

Who survived the week? Becca M., Krystal, Sienne, Maquel, Jacqueline, BeKAH, Jenna, Chelsea, Tia, Lauren B., Kendall, Ashley and Marikh. I’m still not sure who Ashley is, but whatever.

I’d give Krystal two more weeks before she flames out.