A Series of Luke Warm Takes 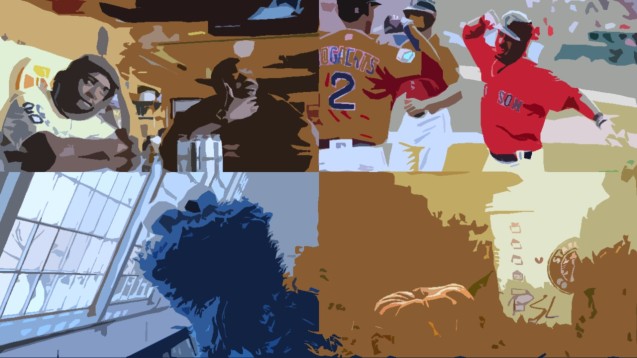 We live in a world of hot takes. That alone is a hot take. Or more specifically, that is more of a luke warm take. Luke warm takes are kind of my specialty. I’d say I drop them like it’s hot, but that would be incorrect, as well as thematically off-brand. Yeah man, I drop them like they have been sitting out for a while, cooled some, but are still delicious. My takes are like muffins left out, not underneath the heat lamp but maybe close enough to it to keep that little bit of an edge to it.

Get ready. They came out of the oven fifteen minutes ago and have been sitting on the counter ever since.

Right from the jump I’ll admit that I’m doing this show a disservice by not being hotter with my take but like I said, I come in luke. As is the case with most things, I was a little late to the party with Atlanta, but I’m all in now. It’s such an amazingly confident show. It hits all the right beats, makes all the right moves. I don’t even care that I’m not entirely sure what it’s building towards, I really like it. The episodes feel like a series of loosely connected vignettes compiled together to make an entertaining and fresh mixtape. Darius is my dude and he really epitomizes the absurdity that lurks beneath the surface of the show. Atlanta reminds me of Master of None, and not because of the absence of whiteness at the front. They feel like cousins.

Take 2: The Red Sox might win the World Series 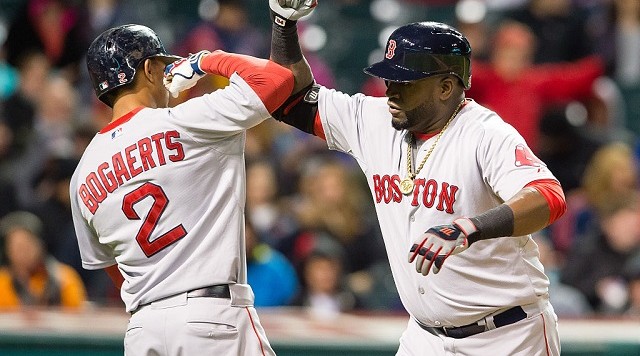 Yeah, they might. They also might not. But currently, as of this very moment, I kind of feel like they have a decent chance. Their pitching has gotten it’s act together and even though the offense has the occasional brain fart of a game where they only muster a run or two, it’s more likely that in a five or seven game series that would only happen once at the most — not nearly enough to prove costly. The outfielders also do this cool dance, pose routine thing at the end of every win that I’m becoming a big fan of.

Also worth noting is that this year’s squad has some downright amazing baseball names on it. Mookie Betts, Jackie Bradley Jr., Travis Shaw, Brock Holt and Sandy Leon are fantastic baseball names. A good baseball name either has a hint of goofiness to it or a dab of Americana to it. Call me crazy, but I think it’s a good sign, a good sign that sure, they might win the World Series this year.

Take 3: The Magnificent Seven looks like a great movie to rent on a cold winter night

I would say that The Magnificent Seven falls into the second category. See you this winter!

Take 4: It’s important to pace yourself when it comes to pumpkin-flavor beverages

Dude, so true. Pumpkin-flavored coffee, beer, toothpaste — they all start popping up around mid-September. The initial inclination is to get right on it and go heavy on the pumpkin at every turn. That’s not smart, sir. Why? You’ll burn out on the pumpkin spice before those few leaves start to change color and once fall comes, the time of year pumpkin-spice was chemically designed for, you’ll be sitting around waiting for whatever spice goes with winter. So pacing. It’s important. Kind of in everything, but definitely with pumpkin-spice bevies and the like.

Take 5: The only thing I’ve heard about Luke Cage is that the music is great. But it’s a television show.

Netflix drops the show on Friday, but to date all of really read, skimmed and heard about the show is how dope the music is. Hey, that’s fantastic. I’m really happy that the show’s soundtrack is so good. Question though, is the show itself any good? I only ask because A) it’s a television show and B) the sad truth is that Netflix and Marvel’s track record is a little spotty. Facts are facts and both Daredevil and Jessica Jones sputtered and lost momentum around episodes seven and eight. They should really take a cue from Stranger Things and not just be amazing, but also eight episodes long. I’m not feeling Luke Cage solely based on past experience and unfortunately, I haven’t read anything to convince me otherwise. I’ve only read that the music is killer.

This is more of a luke warm theory than a luke warm take, but nonetheless, there has to be some truth to it. It’s the only thing that makes sense. Think about it – years ago, scientists wanted to find out if insanity was something that could be brought on semi-voluntarily, meaning that we could drive ourselves insane by doing something over and over again that we had no real control over, but could convince ourselves that we did and thus, we are left thinking we can try and control a result that there was absolutely no way we could ever control. Do this year after year and eventually, yes, we are maybe not certifiably insane but for all intents and purposes – insane. Crazy, I know. But so is the notion that you are somehow better at fantasy football than your buddy.

Take 7: I thought Captain America: Civil War was really good, but not great.

Because wasn’t it supposed to be great? I feel like that was the scuttlebutt when it came out. I just got around to seeing it. If you were to reference my movie-seeing parameters noted in Take 3, it was definitely a level 1 movie, but circumstances ended up making it a level 2, which is still admirable. I mean, all that because that Russian dude was pissed or something? Seems kind of lame.

They’re released a couple songs so far and all three are pretty good. They sound like Green Day, which is a good thing. I kind of feel like Green Day has been wandering in the wilderness since the massive success they hit with American Idiot. The follow-up, 21st Century Breakdown, was a nice extension of the arena-filling, Clash meets the Who style and sound they created for American Idiot. Naturally the album didn’t rake it in like it’s predecessor did, but you can’t fault them for that. In their career, Green Day have released two landmark albums (the other being Dookie) and most bands would kill to have one. The natural problem that accompanies the release of a landmark is following it up. It took them ten years to once again reach the heights the reached with Dookie. Now I’m not saying that Revolution Radio will be their new version of an album that stops traffic and in a way changes the world. But I do think it’ll be better received than the three albums they released after 21st Century Breakdown and if it’s the last album they ever release, it’ll be a better send-off than fading into obscurity after a quick series of disappointing albums.

My daughter is falling for Sesame Street hard. So as a result, I watch a fair amount of Sesame Street now. Whatever. It definitely looks like moving to HBO helped them out from a production stand-point. But speaking of help, our boy Cookie Monster needs some. I think that homeboy has a troubling addiction and that no one is taking it seriously. In a recent episode, Cookie Monster actually said the following, which I’ll paraphrase: cookies make me happy, when I don’t have them I’m sad, then I get a cookie and I’m happy again. Come on, what is this Trainspotting? Cookie Monster, I’m worried about you. You also hang out with talking cookies and try and stop some dude called The Crumb from reeking havoc and I don’t think I need to dive into how eff’d it is that Cookie Monster, a dude deep within the throes of an addiction to cookies is hanging out with cookies, but yeah, it’s a little messed up.