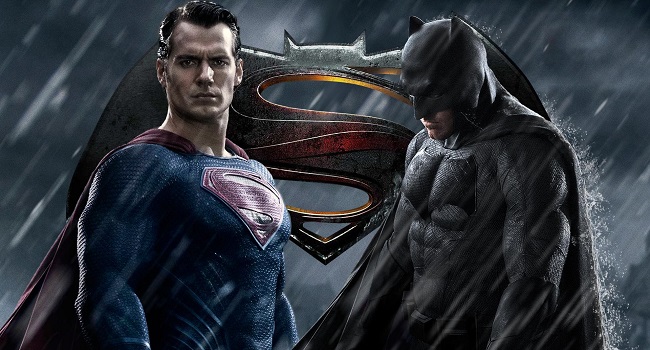 Welcome to Initial Reaction Theater. Applause. On this week’s show we’ll be talking about initial reactions to the first trailer of Batman V Superman. Ooohhh. Yeah, I know. It leaked last night, thanks to our pirating friends in South America. Let’s hear it for South America. Applause. Nope, actually the trailer is from Portugal. So, let’s hear it for Portugal! Applause. The trailer showed up in our Twitter feeds sometime last night, roughly a few hours after nerd boners marginally subsided after watching the latest Star Wars trailer, which it should be noted, looks pretty dope. Does the trailer for Batman V Superman trailer look dope? Or at least kind of dope? A sliver of dope? Well, kind of. Here, take a look…quickly. It’ll probably be pulled before I finish writing this sentence. So, reactions? Guys, stop fighting! Some son of a gun stole the sun! No really, there’s no sun in this trailer. Isn’t Superman powered by the sun? Is that why he’s so sad? Is it why everyone is so sad? Does this take place in Seattle? I’ve never been to Seattle, but it kind of looks like Seattle. That’s probably why everyone is so bummed- not because they are in Seattle, which I’ve heard is wonderful, but because it’s freakin’ raining all the time. I mean, rain equals salty dispositions. That’s science. But hey, Neil DeGrasse Tyson voiceover! The gist seems to be that since Superman showed up, saved Earth from harsh hombres who followed him there and pledged his allegiance to the planet, people have gotten kind of sketched out by him. Why? Because we’re Americans and we’re a country of Negative Nancys and Gloomy Guses! Superman must be up to something; he can’t be that good. There is lots of talk about hero worship, worshipping false idols. “Power corrupts. And absolute power? Absolutely.” “Devils don’t come from Hell…they come from the sky.” Huh? Not sure I had heard anything about that before. Then the money shot…the Superman statue with “false god” scrawled across the front. Then the second money shot…Ben Affleck/Bruce Wayne looking on and looking none to stoked about things, dealing with, as the omnipresent voiceover alludes to, a feeling of powerlessness. Then this… 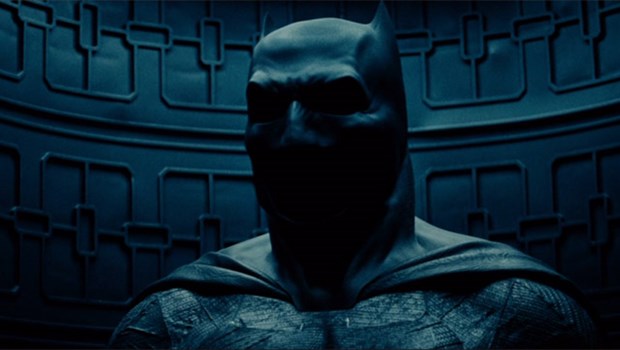 Been a little while huh, Bruce? Suit looks a little dusty. What follows is a series of shots in which it looks like Batman is hunting down Superman because Superman MUST BE UP TO NO GOOD! And who better to questions the intentions and integrity of a dude in a costume than Batman. Right? Right! Let’s say for a minute that we’re living in a world where the actions and events that happened in The Dark Knight happened in the same world as the actions of this movie. So therefore, Batman knows a thing or two about people questioning your motives. Maybe he just wants to talk? 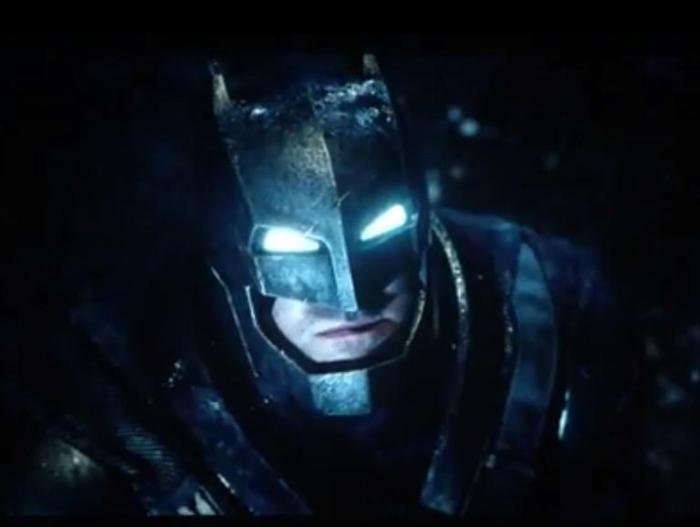 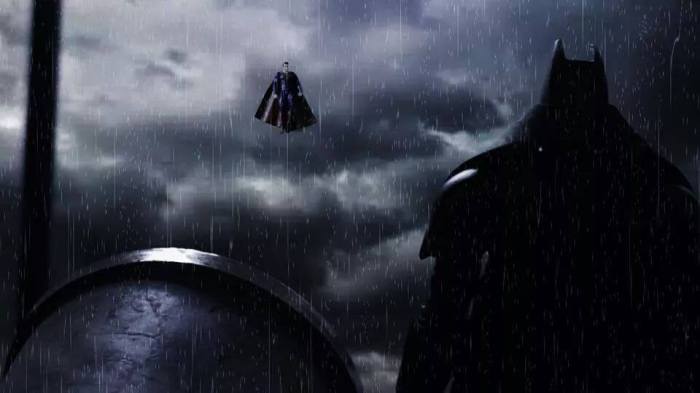 This looks perfectly harmless. Just two dudes sharing a moment, a longing glaze before going out and having a few beers. So how does this seemingly chill conversation start? Maybe a few words about the weather? Maybe a joke about Aquaman not being able to hold his Guiness? Maybe some feeling out by the two of them about what the other guy thinks about Wonder Woman? Or… “Tell me, do you bleed? You will.” Oh. Gonna go like that, huh boys? And hence we have, Batman versus Superman. One man enters…and both men leave because contracts for the sequels have already been signed. But that’s for another day. Today…some initial reactions. Well, it’s dark. And raining. It looks like that movie 300. Not sure that’s a good thing. I can’t shake the haunting memory of how terrible Man of Steel was. How does Aquaman, Wonder Woman and Lex Luther fit into all of this? Did Lex Luther steal the sun? What year is it? 2015. What the shit! This movie doesn’t come out for another year??? Ben Affleck will not be the reason this movie is terrible if it ends up being terrible, but he’ll probably get blamed if it is. Kind of like with Kevin Love on the Cavs- no dap if they win, a lot of blame if they don’t. I’d like to see the Cavs and the Warriors in the NBA Championship. But I’d be cool with the Spurs going for a repeat. I’m two episodes into Daredevil and it’s pretty good so far. Oh yeah, Batman V Superman… I’m just not sure I have any more reactions or thoughts. It looks cool but not necessarily good. It did nothing to change whether or not I’m going to see it or not- because I’m going to. But I think I’m going based more of the premise than anything I see before hand. Batman fighting Superman is nerd porn at it’s finest. There’s usually one of two reasons why you’d go see something or buy an album or pick up a book without doing any research- you’re down with the idea or the artist has enough good will built up that you trust them. For Batman V Superman, I’m down with the idea. Zack Snyder, the movie’s director, has definitely not built up any good will here. If he manages to screw this one up, that’s almost impressive. But we’ll see. Either way, as far as Giddy Up America is concerned…