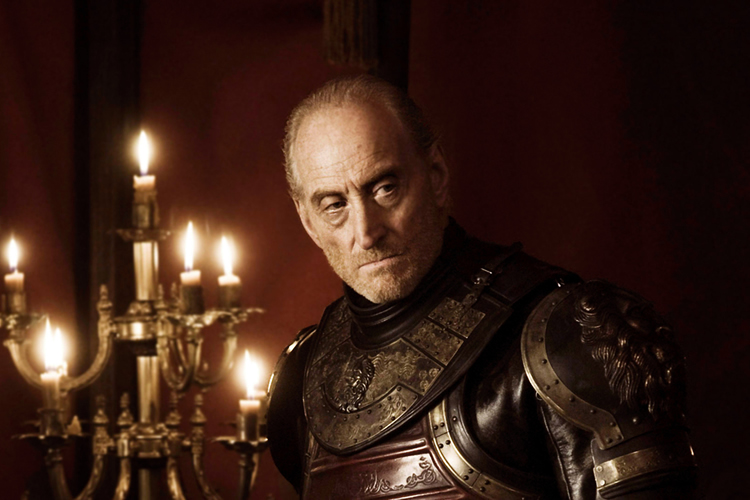 America, I realize you get excited about your television shows. And America, I realize you want to run right straight to social media the minute something amazing happens on one of your beloved television shows. But America, let’s think before we act. Please? Can we? Let’s realize that for whatever the reason may be, not everyone is watching one of these television shows at the same time you are. Binge-watching has run rampant across our great nation. It’s a good thing. But running right along with it are Spoilers. Unfortunately we’re not on the same page anymore. DVRs, Internet watching, hell, going old school and catching a rerun- we don’t all sit down at 9pm and watch Game of Thrones as a family.

And this leads to spoilers.

Damn you, spoilers. Always…spoiling everything.

My Darling Wife and I missed last week’s episode, but thanks to social media, we knew of Joffrey’s death by Monday afternoon. And it’s not like we were trying to find out. But it was unavoidable. It seems the only person not tweeting or posting about Joffrey was the Weather Channel. And again, I get it, it was some crazy shit and social media is where crazy shit flourishes like doves emerging from a big ol’ wedding pie. But there really is a right way and wrong way to handle your business on social media when something like Joffrey dying happens.

Let’s get on with the power rankings.

Note: Due to all the action going down in King’s Landing during these past two episodes, all of the Keeping Up With the Lannister plots have been grouped together for the time being in “It’s Always Sunny in King’s Landing.”

Yes, Joffrey is dead. And here I was so certain it was going to be Shae who would be the first major character killed this season. No, instead Shae got shipped off all sorts of heart broken as Tyrion raced to save her from getting killed. Homeboy should have gone with her because now he’s in the clink as Suspect no. 1 in the Joffrey murder investigation, which I’d like to point out, wasn’t really that thorough. The investigation didn’t really exist at all. Joffrey pointed, Cersei screamed- case closed! Now obviously Tyrion didn’t kill Joffrey. That was apparent even before we found out Littlefinger was behind it. Littlefinger! Shouldn’t he have already been in the Eyrie or Harrenhall? Instead he’s benefiting from the lack of radar, chilling in the mist and plotting to kill dudes. Diabolical. And man, snapping fingers never leads to anything good on Game of Thrones. Good thing the beatnicks aren’t around or their poetry jam sessions would become blood baths. Sitting around, approving of poetry by snapping their fingers and next thing you know, out come the crossbows.

Elsewhere in King’s Landing, Tywin is moving on and schooling the new king, Joffrey’s younger brother…whose name is…wait for it…it’s…GOOGLE WHAT THE HELL IS THE NEW KING’S NAME?…Tommen. The new king is Tommen. Congrats. Here’s hoping for the best for you, sir. Tommen is king and his dotting grandfather is quick to take him under his wing, teaching him some of life’s most valuable lessons- probably not like when my grandfather took me out and taught me to fish. Birds, bees, who to trust, who not to trust and oh yeah- dead people are marching south!

Tommen’s parents, Jaime and Cersei, got awkwardly reacquainted in a space even closer than Joffrey’s dead body’s shadow in what may or may not have been a rape- depending on who you ask. Regardless of what it was or wasn’t, it was damn uncomfortable. They really are giving incest a bad name. And let me guess, you were just starting to believe Jaime’s road ridin’ days had changed him, had made him less of a douche and more of an admirable dude. Come on, it’s Game of Thrones! Unless you’re a Stark, then your entire life is a balancing act between the right and the wrong. No one stays good, no one stays bad…well, some stay bad. Either way, Jaime was bound to circle back around eventually. I don’t think he’s a lost cause, though. If anything, let’s just say that he deals with grief in a really weird and uncomfortable way.

And finally there is Prince Oberyn- a solid contender for wild card of the season and front runner for Best Actor in a pro-longed scene of sexposition.

Well Game of Thrones, it was really only a matter of time before cannibals came on the scene. Has there been cannibals before? Were the Dothraki cannibals? I don’t know. Let’s be honest, shit gets a little hard to keep track of on GOT.

So there are cannibals and Mance’s advance team knocking down doors in the shadows of the Wall, looking to get a rise of the Night’s Watch, who are currently getting a new crew of rapers and murderers suited up for action. Sam, like Tyrion, is looking to protect his woman by shipping her off and Jon Snow is maybe wishing he stayed with Ygritte. Jon is also maybe wishing he hadn’t told Mance that the Night’s Watch was 1,000 deep, considering they are more like 900 less than that deep at best. Of all the plot lines kicking around the show, this one might be the most promising right now.

How the East Was Won & Dragons Were Tamed

I don’t know which New York City marketing firm is working for Daenerys, but they are doing a hell of job. Assaulting yet another walled city in Essos, this time with barrels filled with the broken chains of the slaves she’s freed was genius.

But it was also kind of more of the same. I felt like we had seen a variation of that scene a couple times already. Because oh yeah, we had. And while it was cool seeing Darrio take down that urinating in public foe of his, wouldn’t it have been a little cooler if a dragon had swooped in and charred the dude to bits? Talk about sending a message. And speaking of messages! Why are these cities still challenging Daenerys? Hasn’t word spread by now that that little vixen and her crotchless band of storm troopers are on the war path? Do they use ravens in Essos? Anything? This is baffling to me. At this point, just let her in. Offer her up some denim outfits, a couch and some grub for her troops and call it good.

Danys though, on the real, get a move on.

I'm just gonna call him "Stannis Boreatheon" until that character does anything interesting. #GOT

On the Road with Arya & the Hound

Still on the road and still headed to the Eyrie and now complete with a reminder that the Hound, much like Jaime, isn’t the changed man we hoped/thought he was. Granted his view of the world is one that might benefit a Stark, stealing from a down on his luck farmer was kind of rotten. Every great relationship has a few bumps in the road, but this might have been a deal breaker for Arya. We’ll know for sure if she starts repeating the Hound’s name over and over before going to bed.

Also, chugging soup like it’s a cold Gatorade? Looks disgusting. I’d have to pretty damn hungry to throw some stew down like that.

If contract killing doesn’t work out for Arya, she definitely has a career in any of the following professions that would put her ability to lie to good use: used car salesman, stock broker, con man.

Uh, these kids again. I still don’t really know what the hell they are up to, only that Bran touched that tree and skimmed through a highlight reel of the first three seasons.

Roose Bolton, the new Warden of the North and killer of Robb Stark, returned home and got the skinny on his bastard son’s extracurricular activities with ol’ Theon. He wasn’t all that stoked about it. Theon was his ticket to get those dour ducks from the Iron Islands out of the North. His bargaining chip had significantly less value with his man bits cut off. But still, Theon proved useful, admitting that he hadn’t actually killed Bran and Rickon Stark during his Occupy Winterfell days and that the two youngest Starks, the rightful heirs to Winterfell and the North, were on the lam. As long as they were out there, Roose was vulnerable. I’ll bet cash money they find Rickon first.

Sansa in the Wind