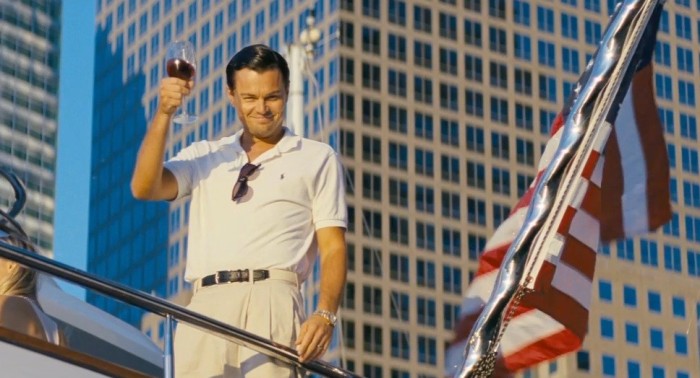 Last week, nominations for this year’s Academy Awards were announced and as a nation, we might just be getting over the shock of Oprah…Oprah…not being nominated. Although it should be noted that my mom saw The Butler this weekend and didn’t see what all the fuss was about it. In her opinion, Oprah wasn’t even that good in the movie. Ma Dukes is not an Oscar voter, but it’d be pretty awesome if she was.

Oddly enough, the majority of movies nominated have been released in the past month or so- American Hustle, The Wolf of Wall Street, Her, etc. Even those movies not released in the past month or so still have only been out and about since late fall- movies like Captain Phillips, 12 Years A Slave and Dallas Buyers Club among others. So as a result, making predictions or fanboy pronouncements have been hard to do unless you’re either on the screener tip or friends of a friend who happens to know a thing or two about “borrowing” movies off the Internet. Really the only category that I can weigh in effectively on is Best Makeup and Hairstyling because Jackass Presents: Bad Grandpa owns that one, as well as a small piece of my heart.


As for the other movies, making any kind of informed decision on who should win what is an ongoing process.

Having seen three of the five performances that have been nominated, I can already count Christian Bale out, even though I thought he was great in American Hustle. Leo destroyed Heaven and Earth with his performance in The Wolf of Wall Street. He went places that I couldn’t see any other actor of his stature going. That country club scene? Who else pulls that off? I can’t think of anyone. The Wolf of Wall Street is a giant movie and Leo gives a gigantic performance.

I saw him as the front runner for less than 24 hours because then I saw 12 Years a Slave.

Oof. That movie. I have never been in a theater full of exiting movie-goers that was quieter than the one I saw 12 Years A Slave in. People were either afraid to speak, too taken aback to speak or too busy holding back tears to speak. All I could do was exhale. The movie is a straight up gut punch. I might not have breathed for minutes at a time. Chiwetel Ejiofor does ninja work in the movie. His eyes alone could be nominated for Best Supporting Actor.

I think it comes down to Leo and Ejiofor, but I have yet to see Dallas Buyers Club and the word around the campfire is Matthew McConaughy is dynamite in it. I have little to no interest in seeing Nebraska, but even if I did, I can’t see that swaying my opinion. Seeing Dallas Buyers Club will most likely point me in a final direction when it comes to predicting a best actor. Yet the more I think about it, the more it seems that this award is Ejifor’s award to lose. His performance was just that kind of performance. I wouldn’t be the least bit surprised if he wins. But like I said, for the sake of my predictions, I need to see Wooderson do his thing before making any kind of decision.

Apparently it’s a forgone conclusion that Leto is walking away with this award, but like I said, I haven’t seen Dallas Buyers Club yet. My frame of reference for Leto is his shitty band and decent to bystander performances in Fight Club and Requiem for a Dream. Have to stand by on Leto.

But in the meantime, I’m hard pressed to think he could be better than Jonah Hill or Michael Fassbender. Even Bradley Cooper, who I thought was excellent in American Hustle. I haven’t seen Captain Phillips yet, but I can’t see Barkhad Abdi winning this one, not with Leto the favorite and the howling pack of wolves that is Hill, Fassbender and Cooper in front of him. Maniacal lunacy is running rampant in this category and will probably be one of the reasons Leto wins. Fassbender and Cooper’s performances are similar in the sense that each one has the actor hinging on the very fringes of sanity and driven by explosive outbursts. Hill excels at being the perfect wing man to Leo in the debauchery-filled shit show carnival that is The Wolf of Wall Street. His teeth…well, if there was a Best Facial Feature or Body Part category, they’d be right up there with Ejifor’s eyes.

Early money stays with Leto, but Fassbender should be knocking on the door. That dude entered Daniel Day-Lewis territory with his performance.

I’m always behind the eight ball with this category. The only performance in this category I’ve seen is Amy Adams’ in American Hustle. And while her cleavage would be another nominee for Best Facial Feature or Body Part, I’m not sure if her performance can beat out Sandra Bullock’s in Gravity– another movie I haven’t seen, but intend too or Cate Blanchett’s in Blue Jasmine, a Woody Allen joint I most likely won’t see because I don’t think I like Woody Allen movies (except for Midnight in Paris.) Probably need to look out for Meryl Streep because she’s, you know, Meryl Streep but I’m not going to lie, I’m starting to resent Streep. I don’t take kindly to being told I need to like something, which tends to happen every time Streep is in a movie. Can the dark horse be Judi Dench? I haven’t seen Philomena and probably won’t, but she looks delightfully adorable in it.

Best Actress in a Supporting Role

I don’t bet (fantasy football doesn’t count, although it should, but I don’t feel like it should, even though it should…anyway) but if I did bet, then there would only be a handful of things I would never bet against- LeBron James, Republican hatred of a Democratic President and Jennifer Lawrence. When I was watching American Hustle, I didn’t think I was watching an Oscar-worthy performance by Lawrence, but now that she’s nominated and already won a Golden Globe for the role, it totally makes sense. She owned every single scene she was in. Owned it! I don’t really need to see any of the other movies here, I’m all in on JLaw.

If JLaw has any competition, I think it should be Lupita Nyong’o of 12 Years a Slave because her performance was effin’ heart-breaking and gut-wrenching. She made you feel things- a litany of emotions I usually only feel watching Patriots or Red Sox games. It was so impressive for a rookie, I think that will be a factor in voting.

But no. Giddy Up America is all in on Jennifer Lawrence.

And speaking of Lawrence, is there any other actor or actress out there today that we as a country are more excited about their future than her? I can’t think of anyone. The world is hers and it’s exciting to be a part of it.

More importantly, Steve McQueen should win Best Director. Now I haven’t seen Gravity and I’ve heard Alfonso Cuaron did a boss job, but no sir, McQueen wins this one. This shouldn’t even be a competition. David O. Russell will get some buzz, but if there’s a third place finisher here, it’s Martin Scorcese. Alexander Payne gets the Participation ribbon.

Which brings us too…

Right now, at this very minute, I’m saying it’s 12 Years a Slave. I don’t think American Hustle should win. Was it really that great of a movie? I’m not totally sure it was. It was a really good movie, but not a great one. A lot of great scenes, yes and some dynamite performances. But as a whole? Not great. I thought The Wolf of Wall Street was better. I don’t know, man. I can’t see my opinion changing here. I’m almost to the point of being upset if 12 Years a Slave doesn’t win.