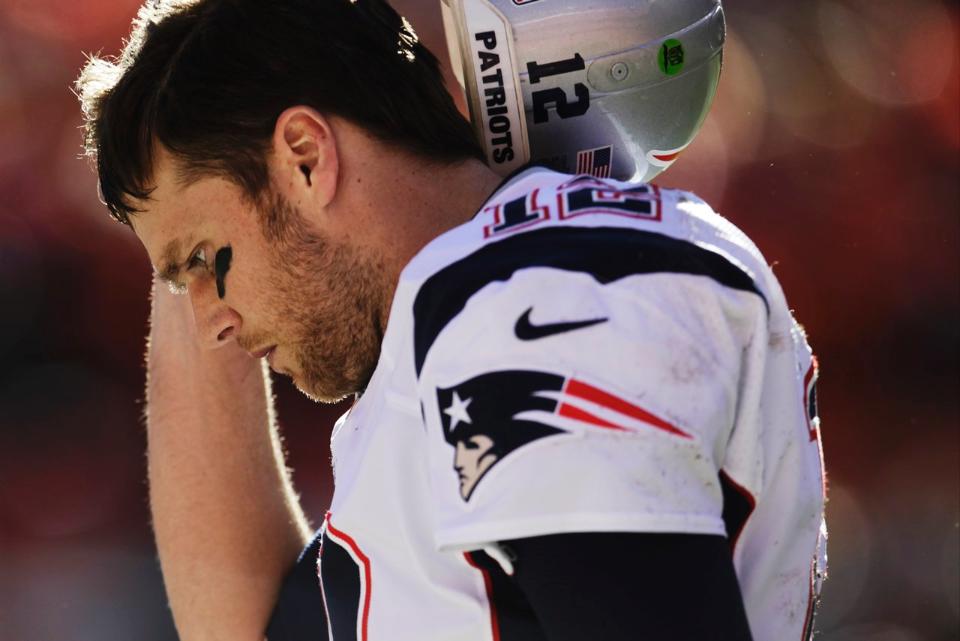 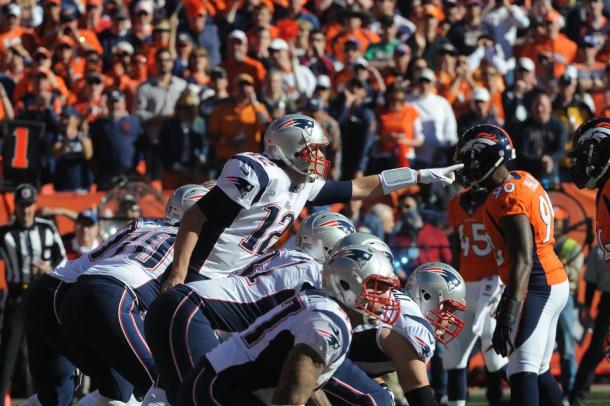 These are emotions. Specially, emotions felt here in our quiet little beachfront community last night as the final seconds ticked off the clock in the AFC Championship Game- the battle royale between the Patriots and the Broncos. The Pats were never really in this one. It was all about the Broncos, all about Peyton Manning, Omaha, Wes Welker’s gigantic helmet.

It was all about the end.

Well, yeah. Read anything coming out of the great Northeast this morning and the Patriots are done. For good. Not just for the season, but for good. Morte. Tom Brady is 800 years old and the good old days are long gone. Pitchers and catchers report soon and at least we have the Red Sox.


Calling it a day on the glory of the Belichick/Brady tenure of the Patriots seems like a rush to judgement to me. Let’s all take a step back here. Let’s all act like rational human beings. Let’s all give ourselves some perspective.

This season was a walking nightmare for the Patriots. Nothing fell their way except for some wildly improbable victories. A star player ends up in jail, another in Denver and another on the operating table…and then another…and then another. The story of teams decimated by injuries was a common tale this year, so it’s best to move on from that one. But it bears repeating- the Patriots lost about two thirds of the Indispensable part of their roster to injury- Gronk, Vince Wilfork, Jerod Mayo and more. Aqib Talib going down in the first quarter of yesterday’s game seemed to be the straw that broke the camel’s back, the often mentioned “one injury they can’t overcome besides losing Tom Brady.”  Sour grapes aside, the fact that the Pats got as far as they did deserves to be celebrated.

Yeah, but in New England success is measured in championships…

I hate that statement. Success for any team, in any sport should be measured by championships. The Patriots are no different. This idea that they are, an idea concocted collaboratively by themselves, their owners, the media and the fans should be the first thing to go this morning- not warm & fuzzy feelings about the improbable success that this season was. The NFL is becoming a war of survival. It’s not necessarily the best team that wins the Super Bowl anymore, just the one that survived the best. It’s a sport of luck and the reality is, that in the early years of this Patriots’ dynasty, luck was on the Pats’ side. Skill was and talent was, but more importantly, luck was. The breaks went their way, those handful of plays went their way. Since 2004 and their last Super Bowl victory, this has not been the case.

And that is the story.

Luck has moved on from Foxborough.

We are too close to properly examine the historical significance of what the Brady/Belichick Patriots have accomplished. Everything is clouded by the now, by the desire to label things. Once we step back, once both Tom Brady and Bill Belichick have moved on, we will finally realize how lucky we, we as Patriots’ fans, were. Are we spoiled now? Yes. Do we expect too much? Yes. Are our expectations unreasonable? Yup.

And I don’t think any of those things are all that bad. More annoying and frustrating than anything.

But let’s bring it back to this idea that the glory days are over because I don’t think they are.

Tom Brady isn’t going anywhere and still has a year or two left in him. The same for Belichick. The Patriots have a handful of promising young players on their squad that they can build  around. The future of the Patriots shouldn’t be based on what we saw yesterday. That’s not fair. The future of the Patriots should be looked at through a lens that is able to see the entire 2013 season- a season in which the defense was stout and effective in the beginning of the season before injuries took their toll and the offense found itself in the middle of the season with the return of Gronk. Both sides of the ball were shells of their former self yesterday. It wasn’t a fair fight and the score showed that.

Going forward should be both promising and nerve-wracking- essentially business as usual for the Patriots. Calls for more offensive weapons have already started, but will most likely not be heard. But how can they not? How can Belichick stand pat after watching Manning do what he did yesterday with a bounty of excellent offensive weapons and how can he not allow himself to wonder if yesterday’s outcome might have been different if the Patriots had at least one wide receiver over six feet tall? I mean really, Austin Collie…Austin Collie???…before this year the last thing I remember about him was that he was on the Colts and had suffered somewhere between 50 and 3,000 concussions. Yet there he was yesterday, playing a big role for the Pats. The Pats never should have let Welker go. Yeah, probably. But they did and part of the reasoning behind it was the potential of Aaron Hernandez and how he’d be able to succeed Welker as the Pats’ slot receiver. That is before we found out that he was Angel Dust-tooting murderer. So it’s not as simple as saying the Pats should have kept Welker. In their minds it made sense. But they had forgotten- luck was no longer on the Patriots’ side anymore.

The Patriots could very well go out next year, have another double-digit win season and win the Super Bowl. It could happen. No one knows.

But to go out and say definitively that it won’t is ludicrous.

This is not rationalization. This is the truth.

And it’s a truth Patriots Nation should acknowledge this morning.