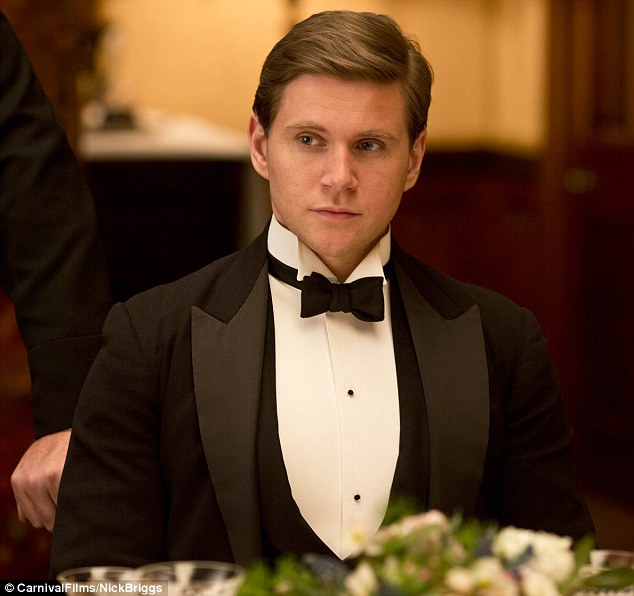 Sorry for the delay with this week’s Downton Abbey Stock Market update. I’ve been a little shaken up about “that thing” that happened to Anna. I mean, hasn’t that poor little munchkin gone through enough? Yuck. Yuck. Double yuck. I have a feeling that we’re totally not going to get the story line we want though- the story line in which Bates goes HAM on that dude. We’ll most likely get this instead- Bates goes SAP (sensitive as pie) on Anna, which probably isn’t the worst thing in the world.

Let’s see what’s up with the market this week.

Whose Stock Is Rising?

Edith’s special man friend made the power play of all power plays this week, winning back Lord Grantham’s money in poker. Boss move, sir. Incredibly boss move, sir. If we’ve learned anything so far, the quickest way to get old man Grantham to get behind a marriage to one of his daughters is to save him from near financial ruin (i.e. Matthew.) And Gregson did so like a pimp. The dude is a smooth operator. And he’s learning German! What can’t that fantastic head of hair do?

Who is Alfred you might be asking? He’s one of the footman and not Jimmy, who this week sprained his wrist when he fell in the kitchen. Yes, Jimmy did that. Alfred didn’t because Alfred is a rock. Homeboy is unflappable. Mrs. Patmore has a near heart attack? No worries, y’all! Alfred can handle cooking duties…which is weird, because you’d think Daisy would. But no, it’s Alfred who steps up. Forget Ivy, Alfred. Women love a man who can cook. You’ll have plenty of ladies lining up for you soon enough.

As stated last week: her stock is always rising.

Whose Stock is Falling?

Branson looked different this week. His hair looked the same. His faraway, man, I miss my wife look was the same. His look of discomfort in a tux looked the same. So how did he look different, you ask? Because dude looked like a fiddle. A fiddle? Yes, a fiddle. Because that’s what Edna played him like this week, a fiddle. She didn’t even have to break a sweat to sink her hooks in him again. Although we have always heard how useless an Irishmen drunk on whiskey is in the romper room, so maybe, just maybe, nothing happened between the two of them. I think that’s wishful thinking, though. Well played, Edna. Well played. It’s like you’ve done this before. Oh that’s right, you have.

Another banner week for Robert. First he lost a bunch of money in poker. Then he lied to his wife about it. And then he felt it best to not let this “world famous” opera singer eat at the same table as them because she’s…gasp…from Australia. Here’s a tip for investors: barring an unforeseen turnaround, Robert’s stock is essentially the Best Buy of the Downton Abbey Stock Market. Steer clear. It’s useless.

Looks harmless. Just playing some fun jazz music, getting the party going. But it’s not just any gramophone. It’s Matthew’s gramophone. Go back to the attic where you belong.

Whose Stock is Standing Pat?