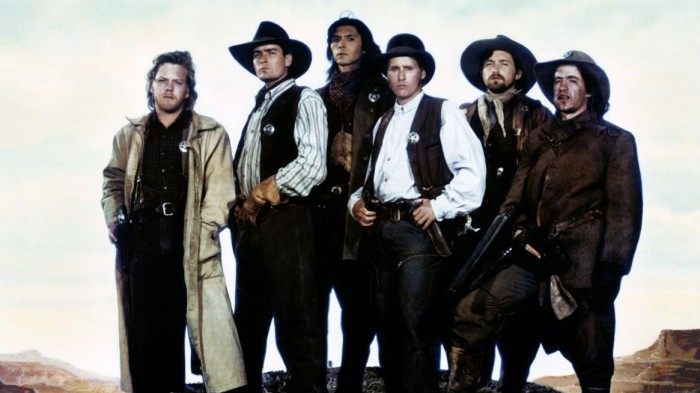 Thankfully, the Internet helped me find a way to say it.

Specifically a scene from Young Guns.


Some background about what’s happening in that scene…

Young Guns is a movie about the famous outlaw Billy the Kid that came out in 1988. Was it a great movie? No. But was it an awesome movie? You bet. Emilio Estevez starred as Billy the Kid. Keifer Sutherland was in it. So was Charlie Sheen.

In the clip that so accurately symbolizes the Celtics in the 2013 NBA Playoffs, it’s New Mexico and  it’s the last few days of the Lincoln County Cattle War. Billy the Kid’s crew is holed up in the Lincoln, New Mexico house of lawyer Alex McSween (played by John Locke.) They are surrounded by men loyal to the Murphy/Dolan faction, as well as the New Mexico state militia. Murphy/Dolan’s crew have come to kill Alex. Billy’s crew are there to save Alex. A big ass gun fight ensues, leading to the scene above. It’s the last hurrah for Billy the Kid and his Regulators (well, last hurrah until they decided to make a sequel) and they go out in a blaze of glory.

There’s Billy the Kid. There’s Doc Scurlock (Sutherland) and the other Regulators: Charlie, Dirty Steve and Chavez (played by Lou Diamond Phillips.) And there is also Alex the Lawyer in addition to all the Murphy/Dolan men and militia men.

Then watch it again, this time picturing Billy the Kid as Paul Pierce, Doc as Kevin Garnett, Chavez as Jeff Green, Avery Bradley as Charlie (the first Regulator who dies) and then the entire Celtics’ team as Dirty Steve (the second Regulator who dies.) Picture everyone outside of the house as members of the New York Knicks and Miami Heat.