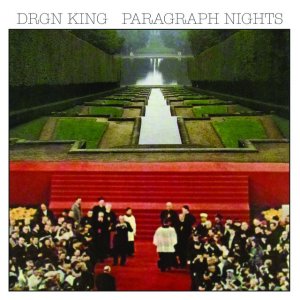 The Philly band, DRGN KING, has released their first full length album, Paragraph Nights. The album was released by Bar None Records.

The sound of DRGN KING- imagine Beck, the Beastie Boys, Brian Eno, Santigold and Raphael Saadiq were all driving cars. Now imagine all of them get in a massive car crash. The resulting sound? DRGN KING.