Home › Movies › Forget The Ryanverse. It’s All About The Hapleyverse.

Forget The Ryanverse. It’s All About The Hapleyverse.

We are flush with universes these days. There is the Marvel universe and both the DC Universe and the Snyderverse, which are the same, but also super different. There’s a Game of Thrones universe and there is also a universe based on the new Godzilla and King Kong movies.

There is also our universe, the one we live in. It’s not as entertaining, though.

Recently, a new universe entered the mix. Or re-entered the mix as it’s one that dates back to the 1980s. It’s the Ryanverse, a universe centered around Tom Clancy’s Jack Ryan character and it got its start in the book series, which began in 1984. On-screen, the Ryanverse kicked off in 1990 with The Hunt for Red October, which starred Alec Baldwin as Ryan and was followed up by two more films with Harrison Ford playing Ryan. In recent years, the Ryanverse has shifted towards television with the Amazon series, Jack Ryan, in which John Krasinksi plays the famed C.I.A. analyst.

On Friday, the Ryanverse broadened its reach some with the release of Without Remorse, a film based on another Clancy character, John Clark. Clark had been a satellite character in the Ryanverse, but this was his first time taking center stage.

Without Remorse, which stars Michael B. Jordan as Clark, is cool. There’s not much to it and that’s fine. It’s a solid throwback action film and a nice break from the seriousness of Oscar movies you may or may not have been recently binging. Jordan is ferocious and while the plot is both a little thin and convoluted, it almost doesn’t matter. We’re just here to have a good time, right?

What shouldn’t be lost amongst this noise surrounding this latest addition to the Ryanverse is that Without Remorse is also a new addition to another universe, one that doesn’t get nearly enough attention but definitely should.

I’m talking about the Hapleyverse.

Hapley, played by Jay Jackson, has a blink-and-you’ll-miss-it role in Without Remorse but believe me, I didn’t miss it. I caught it, got excited about it, and then got back my dinner.

Look! There he is!

Now, of course, he’s not listed as “Perd Hapley.” According to IMDb, his character name is “Political Analyst.” But come on, he’s Perd Hapley and Without Remorse is another notch in the belt of the Hapleyverse. The Hapleyverse just continues to grow.

The Hapleyverse didn’t start with Parks & Recreation, though. It just seems that way. Jay Jackson, who played Hapley, was a reporter for over 20 years in Southern California. Following his career as a reporter, Jackson ran the Los Angeles Reporter’s Clinic where he helps “people become reporters by making their demo reels.”

According to an interview Jackson gave in 2015, “the demo reels he produces look like live reports where Jackson plays the news anchor and the students are the reporters in the field. One of his clients made a demo reel for a network TV show audition. Jackson says his student got the part. And, to his surprise, he got a call, too.”

Jackson went for an audition and ended up booking his first gig, appearing as a reporter in a 2007 episode of Dexter. From there, Jackson appeared as “LA Reporter #1” in an episode of The Closer, “Field Reporter” in Fast Five, and “News Anchor/Reporter” in The Mentalist. In 2012, he appeared in two TV shows and the movie Battleship, and in each, he played a newscaster.

But the Hapleyverse really kicked into gear in 2009 when Jackson appeared in his first episode of Parks and Recreation, playing the beloved local anchor Perd Hapley. Jackson would go on to appear in 31 episodes of the show and become a fan favorite.

Jackson brought an authenticity to the character that helped really sell some of the absurd lines he was asked to deliver.

Some Perdamples (maybe?) for you:

“You heard it here first, ladies and gentlemen. And the “it” that you heard was the things that these people just said. Now, a word from our sponsors.”

“And 100% of Pawneeans are “Perd-verts.” That’s the name I call fans of this show based on the fact that my name is Perd. We’ll see you after the break, Perd-verts.”

“A slogan is a series of words that have a meaning.”

“The story of this camera is that it’s shooting me from a different angle.”

Whether it was interviewing people, reporting the news, or handing down rulings as Judge Perd, Jackson was rock solid and routinely one of the show’s best running gags. Yet Jackson never considered himself funny and attributes his success on the show to the cast.

“I will say to Amy Poehler one day, ‘It’s because of you, you didn’t know it, but you would teach me all of these ways of how to respond and how to act on set and how to be an actor,’ ” Jackson said in 2015. “One day when I’m accepting my Oscar, I do want to say, ‘I want to thank Amy Poehler for all of that.’ I’m planning it out, I have it all written out, I want to see her smiling and the whole nine yards.”

Other shows included in the Hapleyverse? It’s quite the list and it’s only growing.

And in each one, Jackson plays either a news anchor, a news reporter, a newscaster, or a local anchor. His characters have names but that part doesn’t matter. After Parks and Recreation, if Jackson was playing some sort of newsman, he was Perd Hapley, thus the Hapleyverse.

It’s the Hapleyverse and it’s all around us.

Now, is this fair to Jackson? Shouldn’t he be known as more than just Perd Hapley?

But at the same time, my dude keeps playing news anchors and reporters, and rarely are those characters named. So why not continue to assume he’s Perd Hapley. I don’t see the harm in that? Plus, it always makes it kind of fun to think it is Perd up there, and somehow Perd has moved beyond local television in Pawnee. That’s impressive. I mean, in Without Remorse, he’s apparently a national political analyst for a CNN-like network. Talk about a step up, huh?

The Ryanverse, the Marvelverse, the whatever-the-hell-DC-is-doingverse. They all sound fine. But none generate the kind of excitement and enthusiasm the Hapleyverse does.

Or if you’re Perd, 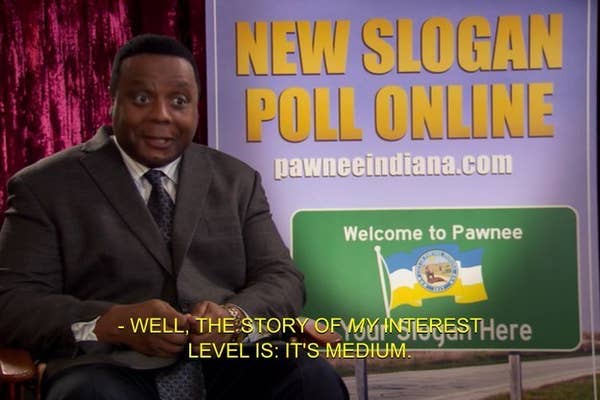 A newsman through and through. Never too high, never too low.

It’s the Hapleyverse and it’s magnificent.