Ah, But First, Some General Thoughts About Season Five

The fifth season of The Wire was a looming dark cloud hanging over my entire rewatch. To be honest, I don’t have fond memories of the season and while I remember the series finale being good, for the most part, the season as a whole was rough sledding. You know, the fake serial killer thing and Omar jumping from a fifth-story balcony and surviving thing and the whole newspaper thing. A lot of bumps in the road there. Yet I held out some hope because the biggest revelation during my rewatch was how good the second season was, especially when doing a rewatch. Maybe watching the fifth season again would also prove to be beneficial and make me think about it differently.

The fake serial killer plan hatched by McNulty and pushed across the finish line by Lester is a disaster and every time it came up, I found myself reacting much like Bunk did.

But more on that in a few.

With Omar, making him an indestructible super-assassin was a mistake. Why not have Monk’s apartment be on the first or second floor so that when Omar did manage to escape, he didn’t have to do so in such an unbelievable way. I generally don’t want to side with Marlo on much but I have to agree when he said that “it don’t seem possible.” No, no it doesn’t. Omar walking away with a bad limp is a joke, especially for a show that prided itself on being so realistic.

Also, Omar’s death is obviously a bummer and if was going to die, you hope it’s not in such an unceremonious way. But the more times I watch it, the more it makes sense. It was only a matter of time for Omar and the odds were better that it’d be someone random like Kenard that got him than someone in the game.

With that being said, I’m glad Kenard got busted. That kid was a punk.

The newspaper stuff is fine but ultimately it plays out like a love letter to print media that only David Simon cares about. It’s too in the weeds and while it doesn’t make being a newspaper reporter look especially glamorous, it does make it seem like they’re doing the Lord’s work. I’m not taking shots at journalists here and I think if someone else had helmed the show’s fifth season, the newspaper thing could have worked better. But I feel like Simon was too close to the subject and it showed.

With that being said, I liked Gus a lot.

And that leads us to… 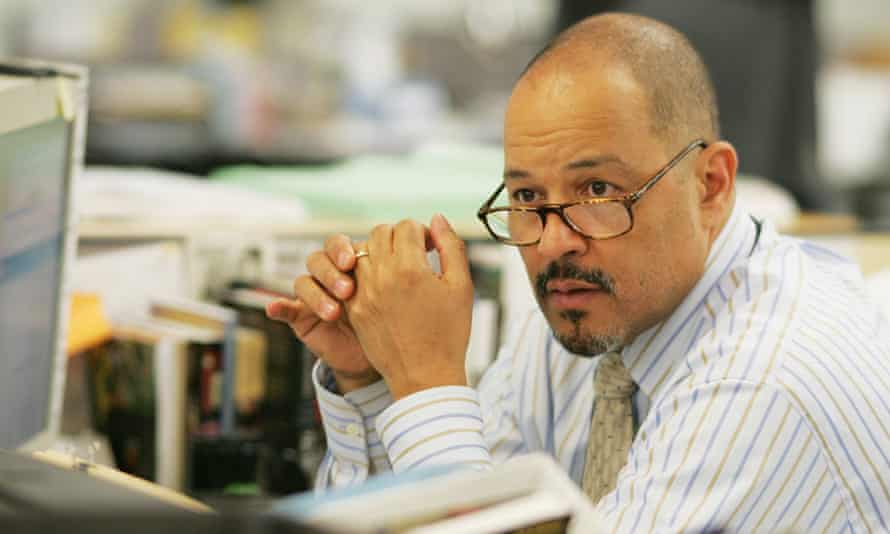 Gus takes home the MVP for season five for a couple reasons.

He also wins somewhat by default because the show lacks a clear MVP front-runner. McNulty’s serial killer escapade disqualifies him. Same for Lester because it should be noted, Lester is kind of annoying during the season. Daniels could be considered I guess, the same for Marlo.

In the end, though, Gus wins mainly because no one else had the gumption to grab the prize. 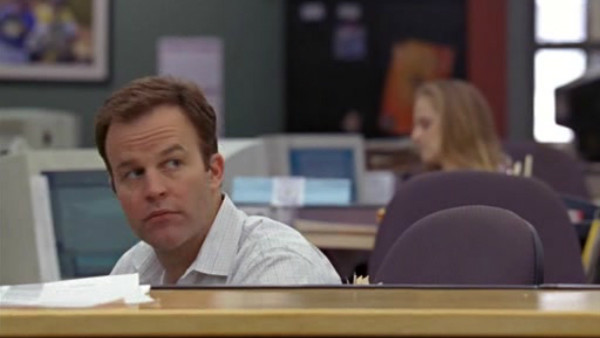 I don’t even want to say anything else about him.

Herc could have easily taken home his second straight Least Valuable Player award if not for him snagging Marlo’s cellphone number and getting it to Carver. If not for that savvy move, he could have been a more serious contender.

Also in the running is Cheese. Cheese also sucks.

That’s just another reason why Slim Charles is one of my favorite characters of the entire series.

Favorite Bubbles Moment: Uh, ALL OF THEM

Think of the characters who were part of the show for the entire run that got happy endings. There’s Herc, but as we previously covered so eloquently, Herc sucks. Carver gets promoted to Lieutenant, one of Daniels’s final acts during his short-stint as Commissioner and that’s well-deserved and something to feel good about given the way Carver turned things around starting in season three. Kima has a clean conscience after narcing on McNulty and Lester, confronting them about it and them being cool with it and Bunk, well Bunk is gonna Bunk.

But for Bubbles to get a happy ending means the most because Bubbles went through some shit, mainly throughout the show’s first four seasons. The fact that he even made it out alive is amazing but for him to come out clean and in a good place mentally, physically, and emotionally is nothing short of a miracle. If the scene at the end of the finale where he sits down for dinner with his sister and niece doesn’t get you, then there’s something wrong with you. The Wire was all about well-earned payoffs and there wasn’t a better-earned payoff imaginable.

Which Plan Was Ultimately The Worst, Hamsterdam or the Fake Serial Killer?

To refresh things, Hamsterdam was Bunny’s plan in season three to essentially legalize drugs. It was okay until it wasn’t. Much like McNulty and Lester’s serial killer plan, there wasn’t much of an exit strategy. Bunny never had a plan for what would happen once Hamsterdamn became a thing and needed to become a permanent solution. He yadda yadda yadda’d that until he crashed into the indestructible Shit Got Real moment and found himself shit out of luck.

The same thing happened to McNulty and Lester. They didn’t have an off-ramp. They thought things would just disappear, never once realizing that a serial killer is some serious shit and not the kind of thing that fades into the rearview. They opened a case that would need to be closed, but they didn’t think about that.

Coming up with an idea is easy. So is getting an idea started. Rolling with an idea once it’s in motion is the fun part but you need to think about the endgame. How you finish is just as important if not more important than how you start and on both fronts, Bunny and McNulty/Lester biffed that. And in both cases, them not seeing the lack of the final stage of their plan was surprising given how smart all three seemed.

So, which plan was worse?

It was a dumb idea and McNulty should have known better.

Where Are Some Of The Characters Thirteen Years Later?

The series finale of The Wire aired in 2008. For the most part, the show seemed to exist in real-time, meaning that it felt as if it was happening in or around 2008. So, what are some of the main characters doing thirteen or so years later?

He’s not a cop, that’s for sure. I thought about this and I keep coming back to him being a bartender. What that could mean for his apparent need to stay sober is anyone’s guess, but I could see McNulty tending bar at that cop bar they always hung out at.

Still on the job and still solving murders. My dude loves the Ravens.

Two words: power couple. No kids, though. No time.

In jail, because he couldn’t stay out of the game.

Sadly he’s either dead or in jail and that’s a tough one for me.

I don’t know. I can’t see him still selling newspapers at an intersection because I would like to think that a few years into his sobriety, he made some moves and found himself some more suitable employment for a man like himself. I could see him being a substance abuse counselor or doing something with kids. Maybe he hooks up with Cutty and the two form some kind of community-saving alliance in West Baltimore? Either way, I could definitely see Bubbles being some kind of voice in the community.

Ah, to hell with that guy. I’m sure he’s fine. Ravens season-ticket holder.

Living large off of the money he makes selling that dollhouse furniture. Or maybe he and McNulty open a bar together. That’d be fun.

A failed presidential candidate and CNN political commentator. His book is rubbish.

And the four boys from Season Four?

Michael and Dukie are likely dead, Randy is a cop and Namond is finishing up law school.

See you in about a year or so The Wire.

Like Loading...
‹ I’ll Be Here With The Pigeons: A Parking Garage, A Pandemic & A Pregnancy
Weezer Can’t Stop, Won’t Stop ›