How Will Game of Thrones End? (Updated)

There is one episode and one season left of Game of Thrones left and it’s not really known when the final season will air. Season seven, which ends on Sunday, was seven episodes long, while season eight will be six episodes. Although on the bright side, those six episodes in the show’s final season will each be about the length of a movie. So you know, it could be worse.

Earlier this week while thinking about the upcoming season, a thought started creeping into my head. It was a similar thought I had while watching The Americans this season, a show that is also rounding third and heading into home. How is Game of Thrones going to end?

Of course no one really wants to think about this yet, certainly not on the cusp of another season. The end means the show is over and do we really want to imagine, let alone theorize, about a world without Game of Thrones? God, things are bad enough as it is. In a world where we need diversions more than ever, there is quite possibly no better diversion out there than Game of Effin’ Thrones.

But all good things must come to an end and it’s true, at some point in the next two years, HBO and George R.R. Martin’s song of fire and ice will be over. So let’s embrace the inevitable, welcome the unavoidable and consider our options here. How will Game of Thrones end?

Let’s get the easy one out of the way first. The show will not end with the Night King sitting on the Iron Throne. I know, I know, Game of Thrones has routinely killed off good guys and honored bad guys. But that was easier to do in the show’s first five and a half seasons. That apple started to turn halfway through last season and I think it culminated in the Starks re-taking Winterfell. Finally, two of the good guys actually won. That’s a sign of things to come (for better or worse) and it’s a barometer of sorts. The Night King might wreck some havoc this season, he might kill someone like Podrick in the process, but he’s not winning this whole damn thing.

Or he might? I guess it depends on whether or not Martin is still giving input. Still going with doubtful, though.

So the show won’t end with the Night King winning. And you know what, I don’t think it’ll end with Cersei winning either. Doesn’t it seem like Cersei has kind of over-stayed her welcome? She’s the only reason why the show checks into King’s Landing anymore and the show is becoming increasingly about a world where King’s Landing doesn’t matter. Cersei made sense early on, but now that winter is here and with it, the White Walkers and the Great War, Cersei is a relic, an example of a time gone by. I’m going to be honest, I’m not sure she makes it past this season. I felt this at the start of the season and I feel it now, on the eve of the season seven finale.

The Night King wins? No.

Okay, then. Anymore bad guys we can cross off the list? How about Euron Greyjoy? He’s a nasty little son of a gun, out there looking for revenge and respectability. Will he win?

Okay, will he be annoying as all hell this season?

*Well, at least for the first two episodes. He’s been largely absent since.

Euron will probably return in the finale and maybe he dies, possibly at the hand of Theon or Jaime. Or maybe he doesn’t and he sails off into the sunset and we never hear from again? Either way, for someone who was supposed to be a presence this season, the show kind of failed on that one. 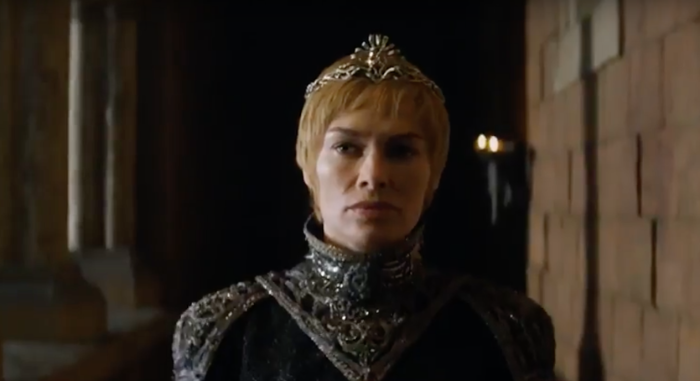 Introducing Euron and having him serve as Cersei’s nautical bulldog made sense because who else could Cersei have turned too? Walder Frey was dead, but he was useless before that and Littlefinger is…well, maybe a possibility but, we’ll get to him in a second.

*I’m not counting her brief alliance with the Tarlys and the Iron Bank seems less like an alliance and more like a money man, bankrolling her efforts.

That was a safe bet right there. That’s also going to make you continue to wonder about the fate of Jaime, who obviously wasn’t thrilled about Euron angling for his lady/sister. It’d be kind of nuts if Jaime ended up killing Cersei, no? If one of the show’s main themes is redemption, isn’t killing his wicked sister Jaime’s ultimate form of redemption? Throughout this season it has both felt inevitable that it would happen and completely far-fetched. Now that Cersei is claiming she’s pregnant (I don’t think she is,) it could seriously hurt any chances of Jaime being the one to take down Cersei. He’s trapped. 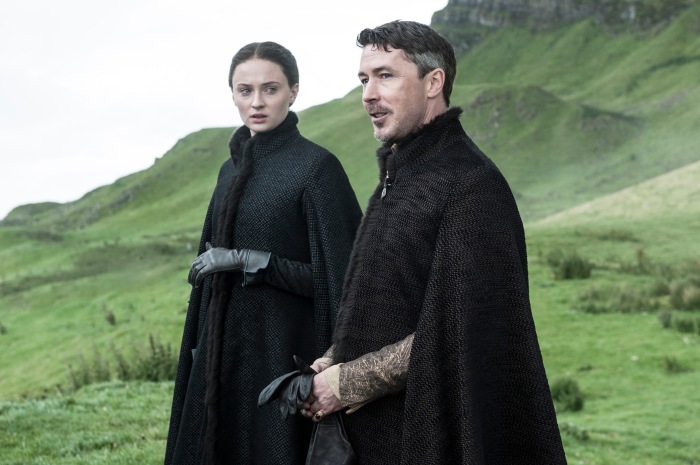 Okay, but what about Littlefinger? He’s up in the North, all but has control of the Vale and knows how to drop seeds into Sansa’s head (despite wanting desperately to drop a seaed somewhere else.) Is he a real contender?

The tide is turning on Game of Thrones and with it, Littlefinger’s chances of realizing his dream of becoming king with Sansa by his side. That dude is going to flame out. The talkers always do.

Guess what? The Hound killed that dude moments later. I think the same thing happens to Littlefinger eventually. He’s all but smart, safe bet to make if you’re looking to throw some money down on the finale and betting on who isn’t going to survive it.

So what about the Hound?

No. Just be happy he’s back.

No. Just be happy she’s back.

Really? No chance for Arya?

No way dude. Plus, that’s not Arya’s goal. It wouldn’t even be that satisfying if Arya took the throne because no one wants Arya in charge. We just wanted her back in Westeros doing the dirty things that needed to be done that Starks are generally opposed too and that’s what we have now…or at least that’s what we thought we had. Instead, well, I don’t know what the hell is going on with Arya other than that it’s frustrating and disappointing.

So what about Sansa?

Are you ready? This is how Game of Thrones ends.

EDITOR’S NOTE…I was kind of right about this, but also kind of not. This season then ends with Daenerys meeting Jon, learning about the White Walkers and realizing that job 1 as ruler of Westeros is defending Westeros from the White Walkers, which she does (with fire…she defeats fire with ice…you know, like the title of the book series.)

Season eight will be all about the fight against the White Walkers, with Targaryens (Daenerys, Jon and (gasp) Tyrion) leading the way. I honestly don’t know if Cersei will be involved, as the season seven finale is Jon’s pitch meeting, trying to get her involved in this White Walker campaign.

When the snow settles and the Walkers are defeated, Daenerys gets Westeros and Sansa becomes Warden of the North. Although it’s more of a partnership with Daenerys, who has learned the power of allies and will eventually ease up on her “bend the knee” mentality. For Jon, dude…I don’t think anyone can tell you what happens with him. On the one hand, marrying Danys makes sense, seems to make sense, looks to make sense. But you know, she’s his aunt and that’s weird, although in Westeros not entirely a foreign concept. It could happen and maybe it will.

The Daenerys villain turn is a sneaky little Internet rumor but I think it’s gone past that point. You could have thought that earlier this season but given what we’ve seen so far, it just doesn’t seem likely.

As for the White Walkers, I don’t think they’ll actually be wiped off the map when the show is done. I think Jon and company will defeat them. But destroy them? Now I’m not so sure. The last time the White Walkers rose up, they were defeated but the lead dudes just ran away and disappeared for thousands of years. I think that could happen again and would be a way for everyone to keep the door open for a possible sequel series or something down the road, because we live in an age where we don’t get new ideas, only recycled ideas.

Or who knows, maybe somehow Theon kills Euron, kills Cersei, wins favor with Danys, then kills Danys, tries to ride a dragon, fails because that’s what Theon does, he effin’ fails and in a rage, kills the two remaining dragons, burns down Dragonstone, kills Jon, proposes to Sansa, Sansa rejects him and he burns Winterfell, retreats to the Iron Islands, realizes that they’re a God awful place, grabs a jet ski and cruises down to the panhandle of Florida and becomes a roadie for the Zac Brown Band.

Crazy yes, but so is Game of Thrones so let’s not get cute and cross any ideas off.

Like Loading...
‹ The Last Thing We Need is an Ed Sheeran Biopic
GoT Plot Line Power Rankings: ‘Dragonstone’ ›