Home › 20 Things › Let’s Think About Something Else

Let’s Think About Something Else 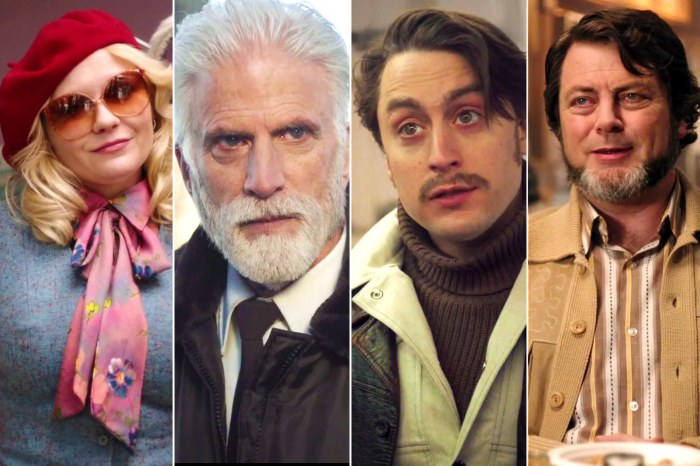 It’s been a tough week. The attacks in Paris have opened a massive shit sandwich that smells like rotten cabbage, xenophobia, sprinkles of hate and day old mayonnaise. It was ugly and sad from the jump. It’s ugly and sad a week later.

I don’t know about you, but I need a break. I need a break from the politicians, the talking heads, the Internet outrage, the vitriol on talk radio…like all talk radio because even sports radio has managed to wallow into the decrepit pit stain of despair and disgust due in large part to one quarterback having the audacity to dance after scoring a touchdown.

I think we all need a break; I think we all need to step away and hey man, think about something else. And Giddy Up America is here to help with a list of twenty…yes, TWENTY things to think about besides all the hootenany and bullshit storming the airwaves, Internet waves, actual waves, brain waves right now.

They’re listed in no particular order because listing shit requires thinking and I want to strongly encourage you to enjoy things, not think about things. Well, I mean, thinking about these things, not other things.

1. You should be watching Fargo. You know why? Because it’s flippin’ amazing! I don’t even know how to sell it any differently and at the very least, I’ll casually add that dude, it’s the best thing on television right now not involving Tom Effin’ Brady.

2. Adele is back. Fun fact: her voice sounds like it was shot out of a cannon and could take down an ocean liner.

3. Speaking of that- do you listen to audio books? I am right now- thanks to Audible for the free three month trial. I’m listening to Dead Wake, the new book by Devil in the White City author Erik Larson. Larson is great at spinning dope history yarns that include dueling stories, running on parallel tracks. Like in Devil, he simultaneously wrote about the killer and story’s “devil,” H.H. Holmes and the planning of the World Fair in Chicago- both of which were happening at the same time. In Dead Wake, Larson is writing about the last voyage of the ocean liner, the Lusitania, which was sunk by a German submarine, an action that resulted in the U.S. entering World War I. It’s good. Larson’s books all are. They do all hit a certain point where one story starts to get better than the other, but either way- two thumbs up. As for this whole audio book thing, not bad.

6. I’m not going to be the millionth person to talk about how great Aziz Ansari’s show, Master of None, is. I will though, nod in agreement with those who are talking about it.

7. This is worth watching again.

8. And it makes you wonder, is there anything Justin Timberlake can’t do? Funny you should ask. I recently asked myself that exact same question.

9. Nigel Hall’s album is really good and I’m happy for him. He’s a solid dude; almost lived in parents’ basement at one point. Definitely check his new album, Ladies and Gentlemen…Nigel Hall out.

11. A good half hour comedy on right now is Fresh Off the Boat. Props to the Wife for suggesting it.

Willie Nelson's face when @BrookeBCNN asked if he would smoke weed with Donald Trump https://t.co/7ADbOSmxIu

13. The best part about Thanksgiving is a fork comprised of turkey, gravy, stuffing and mashed potatoes. The worst part? Dishes, man.

14. This version of “Immigrant Song” is way, way, way better than the one my band tried to play on New Year’s Eve one year. I have no problem admitting it. Props to us for trying, though.

15. David Ortiz announced that this coming season will be his last. I’ve thought about it and I am definitely adding him to my Mount Rushmore of Boston sports icons: Tom Brady, Ted Williams, Bill Russell, Ortiz.

On a smaller hill, down the road a mile or two is a Hill Rushmore consisting of Pedro Martinez, Larry Bird, Red Auerbach, Tedy Bruschi. Ortiz makes the starting lineup, though. He has to. He’s meant more to the Sox, Boston, their fans than any other player I can remember not named Ted Williams. He’ll be missed.

16. I live in fear of a Jennifer Lawrence back lash. No really, it keeps me up at night.

17. Apparently Colbert not being middle of the road enough is hurting his ratings, as he’s slipped to third behind Jimmy Kimmel. I don’t care. I love that he still has bite.

18. If you find yourself in a position where you are considering cheating on Gwen Stefani, then you never deserved to be married to her in the first place. I’m just saying. I don’t condone cheating on your spouse, regardless of the situation. But with that being said, cheating on that situation is especially crazy.

19. I’m anxiously awaiting what I consider the inevitable feud between Adele and Taylor Swift. You can laugh, say it won’t happen. But just wait; wait until Adele’s sales numbers start straight crushing Swift’s and then when those Grammy nominations come out. Just wait.

20. The Patriots are going to win the Super Bowl.