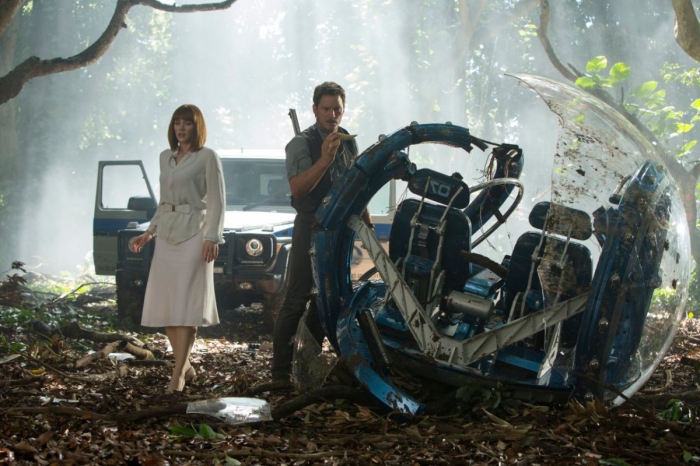 I know it’s summer, or at least almost summer, because we just celebrated Memorial Day Weekend, which for all intents and purposes is the start of the summer season. No one can dispute this. I don’t even know why summer “technically” starts on June 21st because that’s just straight up factually inaccurate.

However, if we were let movies be our guide and let us know when it was summer, we might be a little confused seeing as how the summer blockbuster season seemed to have already kicked off and is in full swing, thanks to movies like Fast 7, The Avengers 2: Age of Ultron and Mad Max: Fury Road having already been released. I remember a more genuine era when summer blockbusters were actually released in the summer. But then again, I’m getting older and things change.

And it’s on that note and with that in mind, that being that things change, that I view this summer’s movies. Without getting into too many details, I got me a kid now, a very young and delicate little thing and yes, the rumors are true, having a child will change your life. One of those ways it’ll change your life is by dictating how and when you have free time. Realistically you will have very little free time. My life is a series of alarms going off now. So if The Wife and I are going to venture out and see a movie this summer, it A) better be worth it B) really better be worth it and C) no I’m serious, better be worth it. If not, then a movie runs through a series of stages.

If I’m not going to see it in theaters, but don’t really want to wait, am I going to see if someone smarter than me can somehow find it on the Internet? Or if I can wait, how long will I be down to wait- for it to come out on OnDemand, on Red Box, on Netflix, on HBO?

It really is true, life changes once you become a parent.

So in doing a summer preview, I thought I would ask the aforementioned questions about each movie, giving each one a designation:

Let’s look at some of the bigger movies coming out this summer and see how they did.

Hold up now, is this finally a funny Melissa McCarthy movie? I mean, talk about a series of let downs, home girl really hasn’t done much since she damn near stole Bridesmaids right from under Kristen Wiig’s adorable nose. But this one looks promising. It’s also kind of a last shot for McCarthy. If this bombs, does she lose her seat at the big kid’s table and go back to be a role player? Kind of seems like it.

I had heard about this movie a while back and then forgot about it. But having seen the trailer, I’m on board. It looks really, really good and Brian Wilson’s life is super interesting. And hey, is that John effin’ Cusack? I love John Cusack!

Reason: See “a movie better be really worth it.” I think this movie will be good, but not worth cashing in on a rare night out.

At first I was skeptical of this movie, mainly because I’m not sure how much I cared about a new Jurassic Park movie. Of course I remember watching the first one in theaters, but I also remember watching Home Alone– doesn’t mean I’m aching for a long lost sequel to it. Or am I? No, I’m not. I just had to think about it for a second. And side note, wouldn’t Twitter Outrage be off the chain if Home Alone came out now? Outrage directed at Kevin’s parents, at the fact that the Wet Bandits would have been killed at least eight times by Kevin, at what kind of message this is sending to the children. Oh man. It could even be crazy enough to have gate affixed to it- #homealonegate. Okay, but as for Jurassic World– the more trailers I see, the more fun it looks. And I’m all in on Chris Pratt.

Reason: Seems like a movie that would be better on the big screen, which is kind of one of the only remaining reasons to actually go out and see a movie now because let’s be honest, shit is expensive. So if you’re going to go, it makes sense to see a movie that ultimately looks better on a big screen as opposed to your television. Jurassic World seems like this kind of movie.

This might put me in the minority here and actually, based on the huge box office numbers Ted brought in, I suppose I am, but I wasn’t a huge fan of Ted. It was another disappointing comedy in a long line of disappointing comedies. I just thought it would be better. So…

Two things about Terminator movies that I feel like you should know, because we’re friends. The first is that I’ve only seen the second one and I thought it was pretty cool. The third is that I had no idea that there’s been what, two other ones, since that second Terminator movie. Even with my beloved Danerys in this movie, can’t say I’m that on board with this.

Reason: I just don’t really care much about this movie, but it totally seems like one I might watch if the wife is away for the night.

Reason: And I present to you, the Tipping Point for Marvel. We appreciate the run they’ve been on, but we will forever acknowledge the release of Ant Man as when they got to big for the britches and the wheels fell off.

It is a little hard to take Tom Cruise seriously and also not think he’s a complete asshole after seeing HBO’s Going Clear doc about Scientology. But I also think that we should be able to separate what an actor does in real life and what they do when working. Also, Edge of Tomorrow, what I think was Cruise’s last movie, was actually really good. And despite being occasionally confusing, the last Mission Impossible was pretty good.

Reason: Those nights out are a most likely going to few and far between. I’m not sure Mission Impossible will make the count. But you also never know.

It has a great cast that screams potential. This movie should be funny, it shouldn’t even be a question as to whether or not it will be funny. However, comedies are crap shoot man.

Reason: Think about it yourself, can you really trust comedies? If you’re being honest with yourself then you know that you watch more comedies that are shitty than are actually funny. I can’t explain why, only point out that it happens. I wish this wasn’t the case, but it is. Change my mind Hollywood. Make me trust comedies again.

Just like with Jurassic World, the more times I see trailers for this movie, the more on board with it I am. Reminds me of my own childhood.

Reason: Not enough to get me out to a theater to see it.

Reason: Totally going to forget about this one.