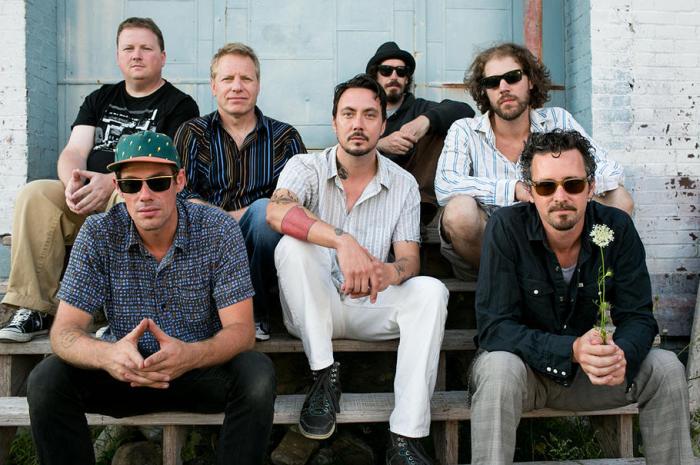 Of all the Giddy Up America-approved bands, Rustic Overtones tops the list. I’ll be eighty years old and still blasting Rustic Overtones and my offspring will be fans whether they want to or not. They’ll have no choice in the matter!

Previous Rustic posts on Giddy Up America have included:

The Intro to Rustic playlist

A post of a live show of the reunited lineup

A review of Let’s Start a Cult, Part One

A review of Let’s Start a Cult, Part Two

They’ve also shown up on numerous Kick Out the Jams and Shimmy Shimmy Ya playlists.

So in short, Rustic all up in this jawn.

There is no point in stopping now. Especially since Rustic released a revamped version of their 2001 album Viva Nueva today. The double disc set features the 2001 album, some live tracks and the 1999, This is Rock ‘n Roll, which was the album the band recorded and intended to release on Arista Records until Arista scrapped it. Viva Nueva was then released by Tommy Boy Records, but the scuffle’s biggest casualty was the band itself, who initially called it quits in 2002 before reuniting in 2007. The extended version of Viva Nueva is currently on available at Bull Moose, a Maine-based record store chain and where a teenage Ryan spent in the ballpark of thousands and thousands of bucks on music in his formative years.

In honor of the album’s release and in honor of a renewed interest in Rustic, I thought one more Rustic playlist was in order. This one would feature tracks from Viva Nueva and the band’s latest release, Let’s Start a Cult, Part Two.