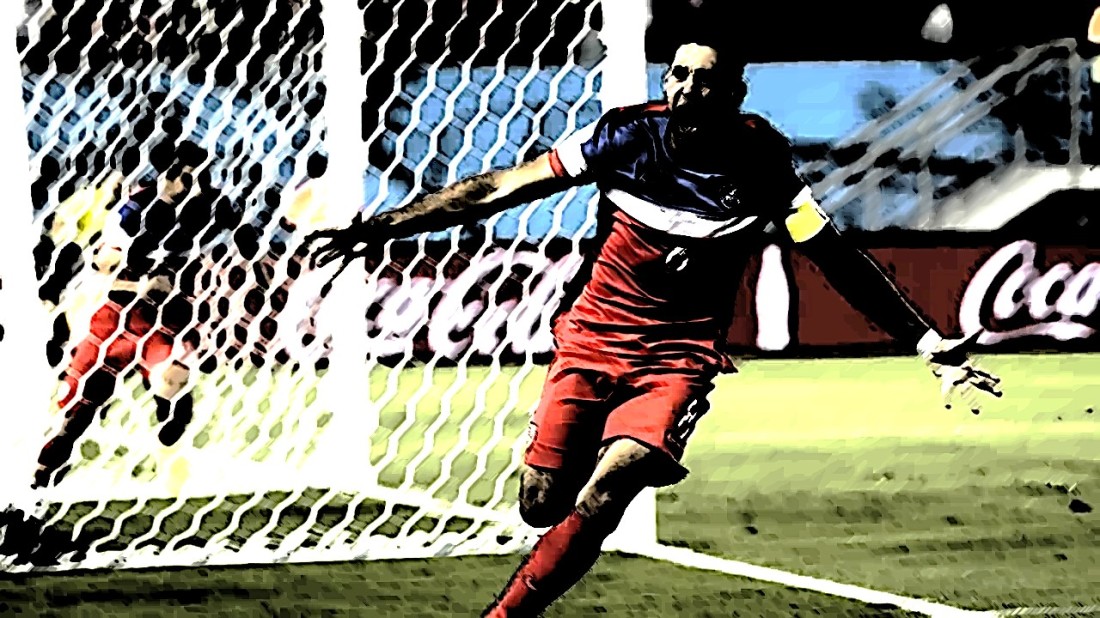 This was originally written in 2014, following the 2014 World Cup. On Wednesday, Dempsey announced his retirement from professional soccer.

I don’t know very much about Clint Dempsey, resident tough guy of the US soccer team. I’m pretty sure he plays for the Seattle Sounders of the MLS and before that played somewhere in England. I may have heard that coming to play for Seattle was a questionable decision on Dempsey’s part.

That’s really all I know.

Although another thing I know about Mr. Dempsey, and it’s something I have learned fairly recently, is that I am a huge fan of his. Having only watched two of the US team’s games it’s hard to feel any kind of deep connection with them. I like the dread-locked fella (as does The Wife) and whoever that young fella was that they brought in late in the Portugal game, number two I think, is as fast as lightning. I have watched enough though to determine without a shadow of a doubt that Dempsey is my favorite player. Homeboy is tough as nails (the construction hardware) and almost as tough as Knalez (the person.)

But I don’t know anything about him, besides what I’ve already mentioned.

Who is Clint Dempsey? What is he like? What does he like? These are things you like to know about your favorite player. Unless your favorite baseball player is Chase Utley. If that’s the case than you are all too familiar with rooting for an International Man of Mystery.

Facts are one thing, assumptions are another. And I have seen enough of my man Clint to make at least twenty assumptions about him.

1. He never met a jean jacket he didn’t like
2. He owns every Van Damme movie…on VHS
3. He has a tattoo of a dragon. The dragon’s name is Frodo for some reason. Clint surprisingly has never seen any of the Lord of the Rings movies.
4. He once went on tour with Phish and sold grilled cheese sandwiches to the roadies
5. His favorite television show is Treehouse Masters
6. He owns forty seven sleeveless t-shirts and over half of them are t-shirts of eighties metal bands
7. He once killed a chicken with his bare hands
8. He makes a delicious pulled pork sandwich
9. He lost his virginity at a drive-in movie theater. It was during one of the Rocky movies.
10. He’ll punch you in the face if you mention Google Docs one more time
11. He’s still on MySpace
12. And he still has an AOL email account
13. He proudly uses a flip phone, but frequently forgets it in his truck
14. His high school nickname was Tomahawk for reasons that aren’t exactly clear
15. He can’t watch an episode of Friday Night Lights without crying
16. Without ever having seen it, he just assumes Landon Donovan drives a Prius
17. He’s afraid of roller coasters
18. No, he has never killed someone. Please stop asking him that.
19. His favorite satellite radio station is Ozzy’s Boneyard
20. He still has all his G.I. Joe’s