Home › Albums of 1994 › The Beasties Bring the Kitchen Sink

The Beasties Bring the Kitchen Sink 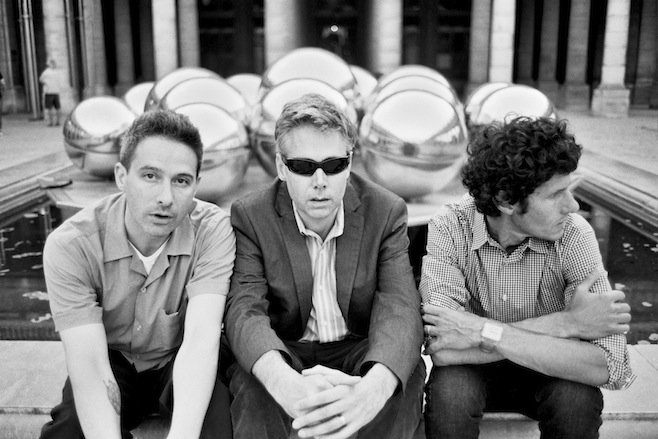 1994 was twenty years ago and while you might have already known this, I just realized it the other day when I saw that G. Love’s debut album, G. Love and the Special Sauce, which was released in 1994, was celebrating it’s twentieth anniversary. Other things I just realized- it’s May, data plans on cell phones are a goddamn racket and Veep was created by a dude with an Italian name from England. So needless to say, it’s been a busy week.

And 1994 was a hell of a year for music. You don’t really realize how huge of a year it was until you start running down a list of albums released that year and the monster bands who released them, bands like Nirvana, Dave Matthews Band, Notorious B.I.G., Soundgarden, Oasis and more. It almost seems unreal that so many great bands would produce so many flippin’ crazy good albums in the same year. I can’t even imagine that happening now, especially with the amount of quality rock albums that were released. I’m not even sure rock albums even exist anymore. Shit, I might have just typed something in a foreign language. This blog is cultural, yo!

Seeing as 1994 was such a big year and seeing as how so many fantastical albums were released, I’ve decided to write about some of them- twenty or so of my favorites. They won’t really be reviews, more like memory-based reviews. I was half in eighth grade and half a freshman in high school in 1994- so yes, my formative years when it comes to music, when I was first really making decisions about what I liked and what I didn’t like. All of these albums made their mark, made a distinct impression on me. Some I don’t really listen to anymore, some I have continued to listen to and some I’ve rediscovered. As this goes on, I’ll be adding to a Bands of 1994 playlist on Spotify, which you can follow HERE.

Giddy Up America’s Albums of 1994, Part One: The Beastie Boys Ill Communication

When it comes to the Beastie Boys, I maintain that they were the kind of cool almost every band strives for, especially young and up & coming bands. They were a band to try and model yourself after, even though replicating the swag, style and chutzpah of the Beasties was damn near impossible, if not completely impossible.

Ill Communication was the band’s fifth album and was released two years shy of the tenth anniversary of their debut album, License to Ill. Obviously the song everyone knows from Ill Communication is “Sabotage,” thanks in large part to the memorable video they made with Spike Jonze.


Again, you can’t sound as cool as the Beastie Boys, no matter how hard you tried. Whether it was hip hop, garage funk or hardcore-ish punk, the Beastie Boys could seemingly do it all, and pretty much did on Ill Communication, a kitchen sink album for the band. They went traditional hip hop on songs like “Root Down” and “Get It Together,” which featured Q Tip from A Tribe Called Quest, they went rock on “Sabotage” and stoney instrumental with jams like “Sabrosa.” The record sounds like the product of three dudes chilling in a studio, which AGAIN, something so many bands strive for. To make greatness sound so relaxed, coming from a place of such perceived ease is both refreshing, frustrating, mind-bottling and inspiring.

Now I have to admit that for the longest time, this album pretty much stopped for me after “Get It Together.” I don’t know why. It just did. This album is twenty songs long! Twenty! I’d say that’s two albums right there. The instrumentals help though, they act as creative filler and make the album not seem as long as it is. But even still, I played and played and played some more the beginning of this album. “Sabotage” and “Root Down” were mainstays on mix tapes I made. I loved “Tough Guy” when I wanted to feel punk rock, but didn’t actually own any punk rock. That was part of the appeal of the Beastie Boys, that they employed so many different genres, you could pick and choose what aspects of the Beasties you wanted to listen to based on what your mood was. For someone like me, who believes that the way music appeals to you is directly related to your mood and/or situation- the Beastie Boys were perfect, tailor made for an undiagnosed ADD generation. They were able to produce a solid and entertaining and successful twenty song album because it went in so many directions.

You can’t get bored listening to Ill Communication. It’s impossible.

I got to watch the Beastie Boys sound check once. It was in Philly, when they were there touring in support of their 2007 instrumental album, The Mix Up. I got to stand there, as workers set up beer tents and concession stands and tested lights, as the Beasties, the three of them, Mike D, Ad Rock and MCA dabbled like musical Walter White’s on the stage of Festival Pier. Rarely you get to see a band play as if no one is there and that’s what I saw. MCA and Ad Rock had their backs to the stage, facing Mike D behind the drum kit as they jammed. It felt as if they could have been in a basement studio in Brooklyn or wherever the hell they made their music. Looking behind the curtain of one of the best bands ever was something I’ll never forget.

And we can’t forget MCA, the grizzled old wise man of the Beastie Boys, who passed away two days and two years ago from today. The Beastie Boys wisely called it quits when he died, but their legacy and their music continues to live on. And it will continue to do so, to serve as a master’s course in how to be original and define your own sound, your own career. Ill Communication will serve as a template for how to throw it all out there, to continue to impress and continue to keep it fresh.