Boardwalk Empire at the Halfway Point 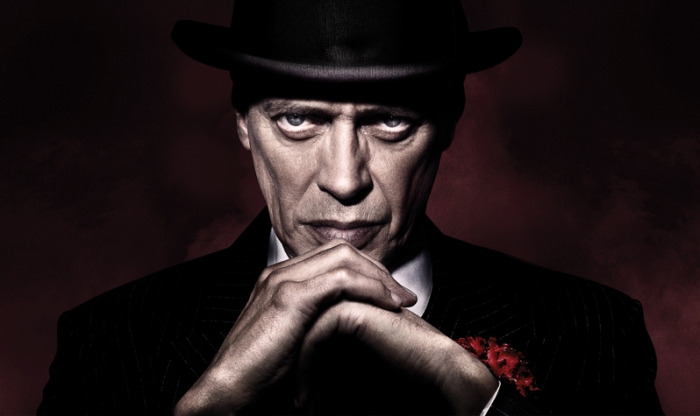 With Sunday’s episode, “The North Star,” Boardwalk Empire reached the halfway point of it’s fourth season. Up to this point, it’s been a good season. I give it a B so far and if it’s parents came in for a parent/teacher conference, I’d say this season has potential and has shown flashes of something really good.

But to myself I’d whisper, I just don’t know what that something is.

Cause dude, what is Boardwalk Empire about?

I just don’t know. Yet at the same time, I’m not sure I even care.

Already on this blog I’ve made the case that Boardwalk Empire is less Sopranos and more True Blood. What is True Blood about? Besides vampires and the crazy night life of a small town in Louisiana I don’t think it’s about very much. I really think it all comes down to the difference between what a show is about and what a show is about- meaning what they’re about on different levels and the elasticity of the word “about.” For instance, Breaking Bad on one level, is about the repercussions of the choices we make, and another level, the surface level, is about a wacko bird chemistry teacher in New Mexico. Every show has the surface level. The amount of other levels are what separates a show like Breaking Bad and Boardwalk Empire. I’m just not sure Boardwalk Empire has another level, or more specifically, hits other levels it might be shooting for.

And ultimately, I’m just not sure that’s really a problem for me.

With that being said, I’m taking a pass on power rankings this week. The main reason? Well, the top spot would be left vacant. “The North Star” was a good enough episode and I’m assuming it continued to set things in motion for whatever that final thing is. But as far as plot line power rankings go, it was a dud.

Nucky’s adventures in Tampa were cool and all, but none if packed the punched Patricia Arquette did. (cue: rimshot)

And sure, Agent Knox playing Eli like a fiddle was interesting but will it go anywhere? Given Knox’s boss’ penchant for rabble rousers and anarchists, it doesn’t seem like his fight against organized crime is going to have much traction in the long run. In the short run, it’s just going to end up being another headache for Nucky Thompson, the man of a thousand headaches. And side note, I did a little research because it was sticking with me how Eli did a double take when he saw the initials on the handkerchief Knox gave him as the two stood in Eddie’s old digs. The initials were “J.M.T.,” which kind of make sense from this standpoint: Hoover refers to Knox as Jim, but not from this standpoint: Eli knows Knox as Warren Knox.

Yay, Richard is back in Atlantic City!

What? Our favorite tortured assassin is going to be a family man now?

No, really, that’s ok. Understandable. Tommy is an effin’ adorable little dude and a man can’t go around smoking fools because he’s unable to come to terms with who he is and what he’s done forever. That there is a fact.

Really we all just want to know how this is all going to come together? It’s something we’ve wondered at this point in a season of Boardwalk since season two and we got hip to what their standard operating procedure is. The early money is on Agent Knox being the linchpin this season and that his investigation will be what ties everything together. But will they really have Nucky rally the troops against a common enemy again? Yeah know, because they did that last season.

Either way, I’m still with you Boardwalk Empire and I’ll be with you until the end of this season. But I can’t help but think what a little tightening and focus (i.e. Breaking Bad) could do for you.