Home › Music › Time to Move On

Time to Move On 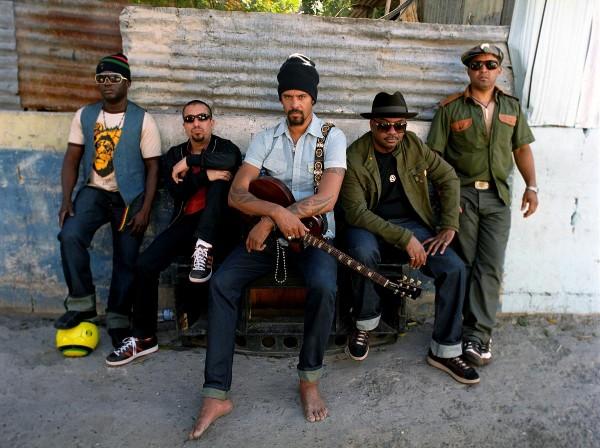 This is meant to be breaking news.

I would guess that it all changed with “Say Hey (I Love You,)” a song off of the album All Rebel Rockers. Michael Franti and Spearhead haven’t seemed to have been the same since.

It is not very good.

Unless you dig the new Michael Franti and Spearhead, the version that writes polished, reggae-tinged pop songs and tours with John Mayer. If that’s the case, then All People is probably right in your wheel house.

But if the rest of us, the folks who were introduced to Michael Franti and Spearhead a decade ago?

Rewind to back in the day, specifically back to 2001 and the album, Stay Human. Back then, Franti and Spearhead were a unique mix of hip hop, funk and reggae- positive-vibe inducers who played jubilant dance party live shows. This continued with the release of Everyone Deserves Music and Yell Fire. Everyone Deserves Music was a tighter album than earlier works and introduced some dance hall inspiration to the mix. Yell Fire was more sprawling than it’s predecessor. It was the last Franti/Spearhead album I loved from start to finish. It was raw- occasionally emotional, but frequently fun.

Yell Fire features some great songs- songs like the title track, “Time to Go Home,” “I Know I’m Not Alone,” and “Light Up Ya Lighter.”


After Yell Fire, Franti went even further down the reggae/dance hall road, with All Rebel Rockers, produced by legendary reggae producers, Sly and Robbie. It’s a fun album, but I for one never got on board with Michael Franti and Spearhead because I wanted to latch on to a new reggae band. The draw of Franti and Spearhead was initially rooted in their unique twist on hip hop. It was organic- a West Coast, more political sibling of The Roots. It wasn’t angry, but it wasn’t passive. There was a message, but there was no yelling. It was passionate music from a passionate man- a passionate telephone pole of a man with wild dreads, no shoes and a fierce backing band.

Stay Human was really the last hip hop sounding Franti and Spearhead album. But hip hop remained a part of what he and the band were doing moving forward. They were just introducing other musical styles to the mix. They were growing, which is something we should want from our musicians. Right? Maybe? I guess it depends.

By Yell Fire, much of the hip hop influence in Franti and Spearhead’s music had fallen by the wayside. You could hear traces of it in the vocals and the back beats, but now the unifying thread in their music was Franti’s voice and the positivity that was echoed in Spearhead’s music. It was political party music- encouraging you to simultaneously think and dance. There was no polish to the music. As a result, it felt so real and pure. No machines or artificial sounds. Organic from start to finish. All Rebel Rockers felt like somewhat of a natural progression for the band, but the danger lurking was the spit and polish that covered the album. It lacked the natural feel of Yell Fire.

It did not however, lack a hit.


There is nothing, absolutely nothing wrong with “Say Hey (I Love You.)” It’s a fun song, perfect for summer. Hell, we played it at our wedding and I’m pretty sure we weren’t the only ones.

The warning signs started popping up, though. The song appeared in more than a couple romantic comedies, got co-opted by Corona Light and was featured prominently in Weeds, as well as advertisements for the Oprah Winfrey Show and the video game, 2010 FIFA World Cup South Africa. I remember being taken aback, but only slightly, when a band of middle aged, weekend warriors played a God awful version of the song at a seafood festival on the Jersey Shore. It was initially shocking to hear a band like that cover Spearhead, but then not so much as it made perfect sense for them to be doing so. The song had blown up on top 40 radio, was easy to play and fit perfectly for something like said seafood festival on the Jersey Shore.

What would happen next?

Well according to the Internet, the band released an album in 2010 called The Sound of Sunshine, which sounds less like sunshine and more like nothing I want to be a part of. Skimming through it, it sounds like “Say Hey (I Love You)” became a jumping off point for the band, a light in the wilderness that they flocked too. Again, not hating on striving for commercial success. More like lamenting the achievement of it and coming to terms with what became inevitable- the Michael Franti & Spearhead that we know and love is now the Michael Franti and Spearhead that we knew and loved. He’s someone else’s to know and love now.

I wish Franti and Spearhead the best and I thank them for the memories. The couple times I saw them live were some of the most fun shows I ever went too. I’ll continue to listen to the band, but it will be the old stuff I’ll listen- not the new stuff. This has happened with other bands. It’s nothing new. And maybe things will change. You never know. We all kind of thought we were done with Pearl Jam a few years ago and then they came storming back with a vengeance.