Home › Sports › It’s Always Sunny at the All Star Game

It’s Always Sunny at the All Star Game 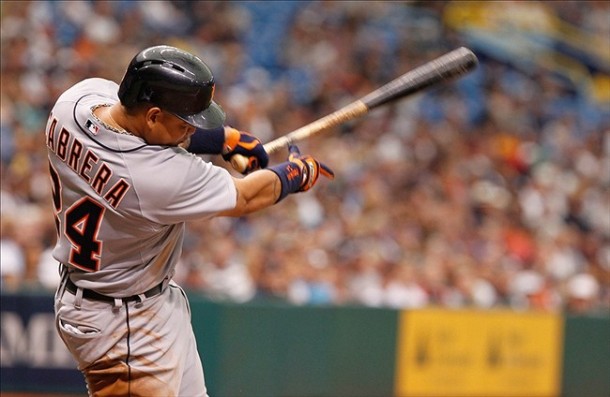 With my darling wife out of town, two beers still left over from our Fourth of July BBQ and our dog Lucy by my side, I sat down to watch last night’s All Star Game. Predictions called for an offensive and entertaining game, which was good because let’s be honest, baseball, even the All Star Game, can be boring. In the event that the game did get boring I wanted to be prepared. I loaded up season five of It’s Always Sunny in Philadelphia on Netflix.

The plan was simple: watch the game. During commercial breaks or slow parts of the game, flip over to It’s Always Sunny in Philadelphia. Continue until either the game ends or I fall asleep.

Let’s do this and let’s take notes while we do so.

Settling in. Wow, I associate the Fox sports music with big time events, big-time sports events where you sit down, have some snacks and are all geared up. The music reminds me of an event like the Super Bowl, any big NFL playoff game, and the World Series. I didn’t even realize I felt this way. But I guess I do.

They kind of booed Dustin Pedroia. Luckily he was consoled by Clay Bucholtz. What a guy.
Alex Gordon of the Royals and…wait, are the Royals any good this year? (Looks up Royals’ record)
Cliff Lee looks like an ax murder.

Here’s the Royals’ record: 43-49. 8 games out. So to answer my question- no, not really.
Love this crowd. On it.
Why did Davey Johnson get so much love? (Thinks about it) ’86 Mets. He was the manager.
Robinson Cano gets booed – kind of surprising.
What the hell is this music? Bad dance music. Certainly no Alesso.
Props to Chris Davis for the orange shoes.
With David Ortiz, the boos started strong than gave way to cheers.
Max Sherzer, the AL’s starting pitcher, has come to sell you auto insurance.
Where is Joey Votto from? (Google) Canada!
Thought Bryce Harper would get more hate. Mixed reaction.

Season 12 of American Idol? Holy shit. What season are they on now? Are they even on now? Didn’t someone leave? Never mind. I’m gonna go get a Flavor Ice.

“The Gang Exploits the Mortgage Crisis”
I love when Charlie thinks he’s a lawyer. “In the eyes of the law…”
“It seems like you have a tenuous relationship with the English language.”

Mets’ pitcher Matt Harvey looks to be rocking orange shoes as well.
If Mike Trout wasn’t a ball player, he’d either own a construction company or be a pilot. Hey yo- double!
Rough start for Harvey.
Miguel Cabrera totally would have been a Yankee 10 yrs ago.
Cano out after getting hit by a pitch. Probably not how Jay Z drew it up. But hey, now Pedroia is in!
Part of the allure of watching the All Star Game when I was a kid was seeing guys play who you had only read about in the newspaper or Sports Illustrated. In the All Star Game, you could actually see them play. No more pictures. This kind of feels like that. I read a lot about baseball these days, but I don’t see a lot. Since we moved to the heart of Yankees/Mets’ country, I don’t watch baseball on a regular basis anymore. But I read about baseball on a regular basis. So with that being said, it’s cool to watch Mike Trout bat.

“The Gang Hits the Road”
This episode makes me miss the Italian market and also makes me want a pear and/or blue berries.

Back to the game

What’s with the orange shoes? Max has them. So does Adam Jones. Big night for orange shoes. Possibly the biggest.
I remember that “great post season with the Houston Astros” that Carlos Beltran had.
What are Joey Votto’s stats? (Google) Not too shabby.

Still “The Gang Hits the Road”
Ah, the Italian Market. I miss it.
“I’m calling a lot of people bozo now. Kind of my thing.”

Tom Seaver practiced for the first pitch at his Vineyard in California. I find this fact interesting.
Also interesting, the way Darryl Strawberry is rocking sunglasses.

Still “The Gang Hits the Road”
Mac sees himself as the sheriff of Paddys and conducts ocular pat downs before clearing or not clearing a person.
I love Charlie’s devotion to Mac’s security role- “I thought Mac had cleared him.”

Chris Sale’s arm looks like a catapult when he pitches.

“The Great Recession”
Frank trying to hang himself is the first thing I see. 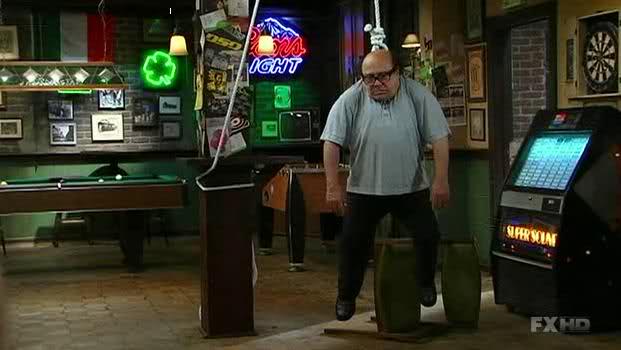 What is Trout’s contract? If you’re the Angels, aren’t you scared that Trout will eventually sign with the Yankees? Dude’s from New Jersey and you know the Yankees would kill for someone like him. If I were the Angels or even a fan of the Angels I’d be nervous.

Still no offense. I was told there would be offense.

The tail end of “The Great Recession”
“I don’t understand how our economy works.”
“The Gang Gives Frank an Intervention”
This episode has one of the show’s best cold opens, as the Gang heads to what they think is a picnic in the park, but is instead a funeral for Frank’s brother in law.
This episode should also be at least honored by someone for introducing the world to drinking wine out of a can.

The score: still 0-0. Thrilling.
I wonder what’s it like to be a Texas Rangers’ fan? You got so close to two World Series’ championships, one of your best players in recent memory (Josh Hamilton) left for the Angels and another, Nelson Cruz, is mixed up in this Biogenesis scandal. I just have to think it’s tough.
Cabrera and Davis seem to be joking across the diamond about Cabrera not scoring on Davis’ hit.

More talk about the benefits of wine in a can

Cliff “The Suspect” Lee is warming up in the bullpen.
Felix Hernandez looks like a pimp. He’d look good in a Red Sox uniform.
Andrew McCutchen is bucking the orange shoe trend, electing to go with yellow shoes instead. I think I like the yellow better.
Cabrera looks like he’s having a hell of a good time. I appreciate that.


But before the show ends, a little more talk about the benefits of drinking wine in a can. Mac appreciates it because it’s conducive to violent hand gestures.

Cliff Lee in the game. He’d look good in a Red Sox uniform too. Just saying.

Break Time: Took the dog for a walk

AL now up 2 to 0.
Jason Grilli of the Pirates is being interviewed from the bullpen, but really, just looks like he’s here to party. Dude looks a little bit subtly crazy. I’m waiting for him to say something like “sure Joe Buck, I believe in ghosts.”
I have to remember that the Diamondbacks are team before I wonder who the player is that plays for them.

“The Waitress is Getting Married”
Two things:
1. I love that no one knows the waitress’ name
2. I’m completely in awe of Danny DeVito’s devotion to his character and how he goes all in on the show.
Charlie is on a date, having been set thanks to a profile Dennis and Mac made for him on an online dating website. The guys tell that he can’t tell the girl he’s a janitor. Instead he is a philanthropist, which Charlie pronounces a little differently…

Prediction: I’m asleep by the 8th inning.
Who the hell is Matt Carpenter? (Part of the no batting gloves club, though!)
I bet Grant Balfour talks to himself

Aroldis Chapman of the Reds is in. Love the Reds’ uniforms. Do not care for Cincinnati though.
Nelson Cruz, one if the Biogenesis dudes.
Just realized Buster Posey was still in the game. Both managers are in it to win it. Mission accomplished, Mr. Selig.

“I absolutely have the upper body strength to accomplish that.” Big fan of Mac’s belief that he’s essentially a super hero.

Lucy wants to go to bed. That makes two of us.

This will be the night that we’ll always remember as the night the Orange Shoe Revolution started…
I’ve always liked Royals’ hats.
My 3 Favorite hats (current and besides Red Sox and Phillies’ hats):
1. Royals
2. Giants
3. Tigers


“Oh shit, there’s stickers!”
“I am sure our relationship will be a real home run.”

Green Man vs the Fanatic (or Frenetic)
“Dude is that a hate crime?”
“Dude, you do not have the core to scale the facade of Citizens Bank Park.”
“He (Mac) only works out his glamour muscles.”

“This guy has got stranglehold on the mascot scene.”

Like Loading...
‹ Tale of the Tape: Pearl Jam vs Justin Timberlake
Let Both the Head and the Heart Decide ›