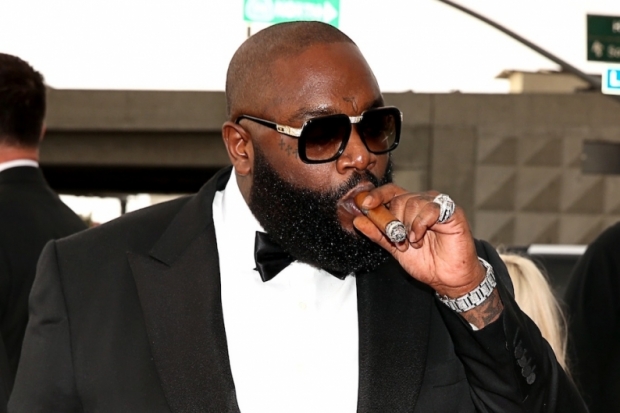 I like the Grammys. I really do. Sure you can make an argument that it blurs the line between what is the “best” and what is “popular,” but in the end- it’s the performances that do it for me. The artists always bring it, the sound is amazing and the collaborations are always dope as hell.

Last night was the 55th Grammy Awards. The big winners were the Black Keys, fun., and the Watch the Throne dudes. Katy Perry is you know, very good looking, her boyfriend looked like a chump, and E’s “mani-cam” looks like a bad diorama I made in third grade. Don’t feel bad for Frank Ocean (he’ll get his,) feel free to question Rhianna’s judgement for dating Chris Brown (uh…I hope she doesn’t get hers) and take the time to hope that at some point today, you feel as happy as Lena Dunham did when her boyfriend’s band (fun.) won their Grammys (yay, she got hers!)

Does Justin Timberlake’s return mean we don’t have to deal with Justin Bieber (who was terrible on Saturday Night Live by the way) anymore? Because that would be awesome. It’s great having Timberlake back though. His performance last night was all class, all soul and all pro. Of course Jay Z strolls up on stage from his seat, his drink and his lady to drop a sick verse, then saunter back down to his seat when he’s done. Of course he does.

“No Church in the Wild” is one of the coolest songs ever written. However, Jay Z grabbing the mic and the cut off music abruptly stopping was the coolest moment of the night.

Someday I want to have just a quarter of the amount of fun the dudes from Mumford & Sons are having when they play.

Alicia Keys going all Tune-Yards for “Girl is on Fire” was pretty bad ass.

It’s kind of fun watching musicians sing along to other songs. It humanizes them (i.e. Taylor Swift)

Black Keys killed it and they continue to be a blistering hurricane-powered force of a rock band. They won Best Rock Performance and Best Rock Album for El Camino and Best Rock Song for “Lonely Boy.” They were joined onstage by Dr. John (whose record Black Key Dan Auerbach produced and subsequently won a Grammy for Best Producer for) and the Preservation Hall Jazz Band. While the PHJB look like a bunch of good old, fun-loving dudes, Dr. John may or may not have sacrificed a live chicken before he went on stage.

Jack White uses his powers for good and we should thank him for that. We should also thank him for this. White tours with two bands- one all women, the Peacocks, and one all men, the Buzzards. He then alternates between the two of them; playing with people’s perceptions about what a rock band should and shouldn’t sound like (i.e. the notion that girls can’t rock- which is totally bogus.) But he does look like a vampire. Still, he delivered a great performance, first playing “Love Interruption” with the Peacocks in roundtable summit form and then “Freedom at 21” with the Buzzards in true balls out rock form. That shit was rock n roll.

http://www.dailymotion.com/video/xxfajl_jack-white-love-interruption-freedom-at-21-grammys-2013_music
Rhianna- not an easy answer with this one. The Chris Brown thing isn’t easy to avoid or over look, but neither is her flippin’ amazing good looks and fantastical voice. She has to be one of the top 5 most polarizing celebrities out there right now.

fun. winning their 1st award – “we’ve been around for 12 years.” They’re next award: Best New Artist.  The Grammys are weird.

I responded to every winner with the following comment: should have been Frank Ocean.

Carrie Underwood has some effin’ pipes and her presence in music alone should at least vindicate American Idol a little bit. The illuminated dress thing, tho? I blame the same person who had Rhianna perform in front of a screen saver on SNL.

I picture the rehearsals between Bruno Mars and Sting going like this:
“Here, let me teach you how this song goes,” Bruno said, starting the song “Locked Out of Heaven.”
“No need. I wrote it 20 years ago,” Sting replied.
“Oh no,” Mars uncomfortably laughed. “I’m not talking about “Walking on the Moon.” We’ll rehearse that song later. I figured we’d start with my song.”
“I know,” Sting replied.
“Yeah, so let me show you how it goes.”
“Again, no need. I wrote that song 20 years ago when I was with the Police.”
“But Sting, “Locked Out of Heaven” is a totally different song.”
“Yeah right and Parker is a totally different Jason Statham movie than his last one.”
“No really, it is. I wrote “Locked Out of Heaven.”
“Sure. You wrote the words, but let’s be honest, I wrote the music.”
“Yo Bruno,” chimed in Mars’ drummer, “he’s got a point.”

Did you know Bob Marley’s Legend sells 250.000 copies of year? That’s wild. Also wild? The Bob Marley tribute, when Rhianna, Damian & Ziggy Marley joined Sting and Bruno Mars on stage for a ramped up version of “Could You Be Loved.” It should also be noted that Bruno Mars’ backup band was my second favorite of the night, behind Timberlake’s.

LL Cool J- #stopmentioninghashtags. And if you’re going to keep reading people’s tweets aloud, then at least read a good one. You know, like this one…

Johnny Depp most likely plundered catering after introducing Mumford & Sons. (You know, because he looked like a pirate.)

Old jazz dudes are the shit. I don’t know who the three fellas were who were playing Dave Brubeck songs but A) they were great but B) they were missing a drummer. One of the coolest things about “Take Five” is how revolutionary the drums were. Kind of a disservice to omit that.

As much as I wanted to stay up for the whole thing, I feel it’s always a good time to go to bed when the bearded dude from the Academy comes on stage, talking about what a great year in music it’s been. Sure, I was a little bummed I missed Frank Ocean (although YouTube showed me I didn’t miss much) as well as the Levon Helm tribute- if only because I wanted to see the gal from the Alabama Shakes perform. But it was a school night and that’s why God & Al Gore created the Internet.

Congrats to Mumford & Sons for winning Album of the Year for Babel. Yes, I’m sure there were better albums, but we must resign ourselves to the fact that the Grammys isn’t totally representative of all music. Just look at fun. Did they magically get that much better after 12 years or was it that people who mattered finally started listening to them? And how did they not get electrocuted?

We have to take the Grammys for what they are: a popularity contest with great live performances. The speeches are short and they generally let the music speak for itself. The sound is amazing and the production is unbelievable. There’s no point arguing about who won what and who didn’t win (Nas again, for the 16th time.) Should the Roots have won for undun? Yeah, probably. And should Frank Ocean have won Best New Artist? Yes. But neither did. It doesn’t really matter. The actual Grammy award doesn’t mean nearly as much as your Grammy performance.